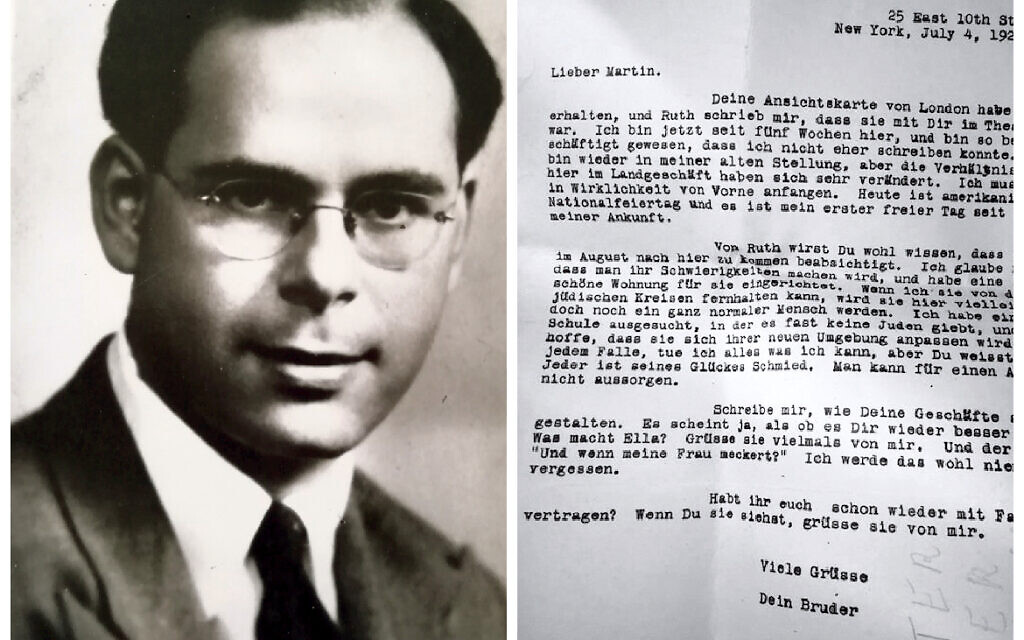 Herbert, born in Berlin, is pictured left. On the right is a a letter to Herbert’s father from his uncle in 1929.

The death of 95-year-old Herbert Max Fraenkel resulted in an intriguing quest to discover his real identity.

Without next of kin, living relatives or a registered will, few knew the real identity of a 95-year-old man who died alone at home in January.

But thanks to the “incredible” tenacity of his local council, a genealogist and a rabbi, Herbert Max Fraenkel was on Monday finally given a traditional Jewish burial.

The astonishing story of how Fraenkel came to be buried at the United Synagogue’s Waltham Abbey Jewish Cemetery was revealed this week.

Following his death, a non-Jewish employee at Enfield Council became convinced that Fraenkel was Jewish and refused to let the mortuary release his body for cremation or burial until his identity was determined.

Rabbi Daniel Epstein, of Cockfosters & North Southgate United Synagogue, said: “I received an email from a shul member, who in turn had had an email from an environment protection officer.”

That shul member was Cllr Daniel Anderson and the environment protection officer was Paul Anastasi, who grew up around the Jewish community as his Greek parents owned a hairdresser’s in Stoke Newington.

Epstein this week praised Anastasi for his “incredible” tenacity in making sure that Fraenkel, born in 1924 in Berlin, had a burial in keeping with his religion. 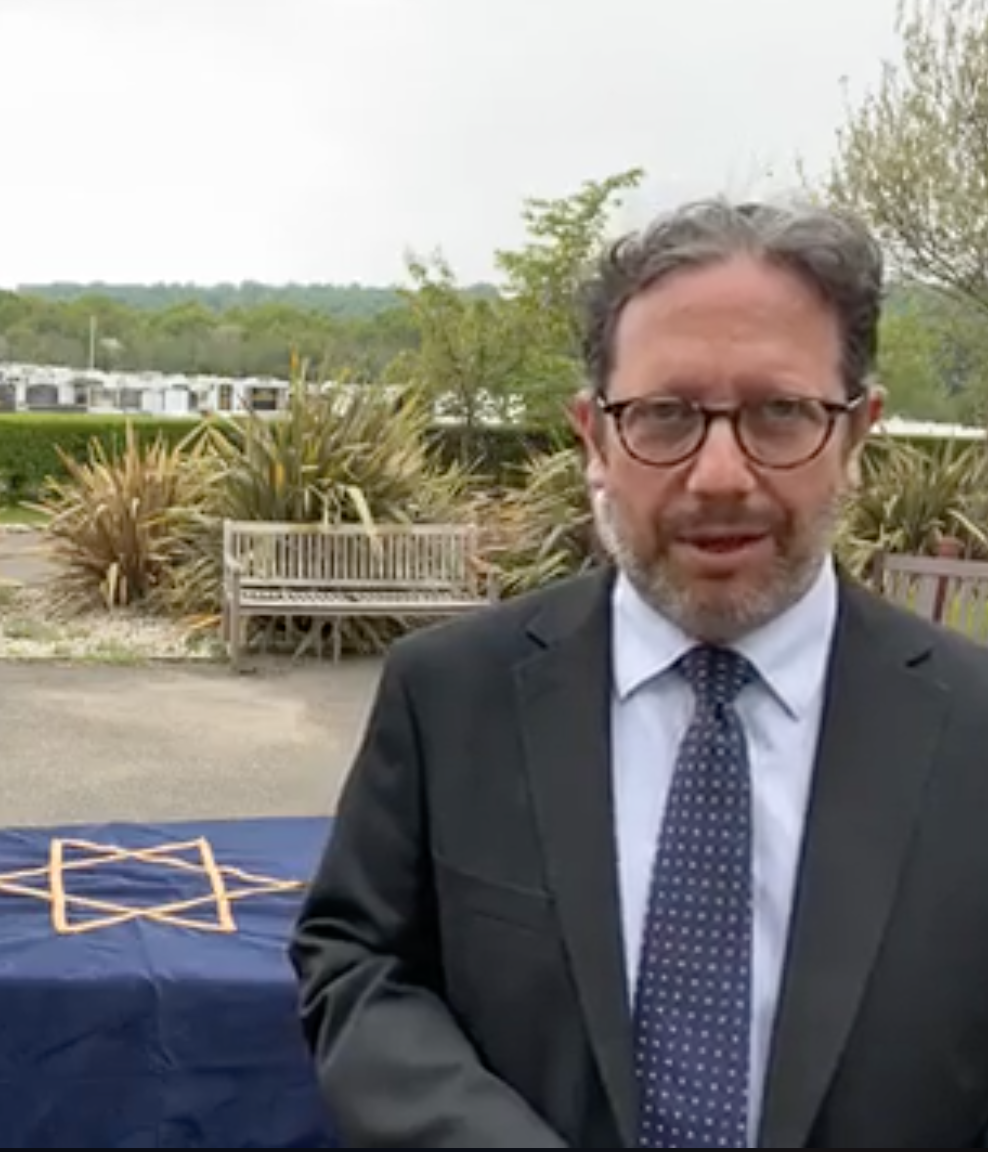 Fraenkel’s body was discovered after neighbours reported not having seen him over Christmas, and police entered shortly before what would have been his 96th birthday.

The body went to the mortuary, but there was no known next of kin, relative or heir, and no will. Anastasi and his manager were asked to go to the flat in Winchmore Hill to see if they could find any information about him.

“We found old letters and cards, as well as a menorah, which is when I thought he may be Jewish,” said Anastasi. “I Googled him and found that he was an inventor who co-owned an engineering firm, so he was a special man.

“I researched the name and found it was Jewish and from Germany. But we couldn’t find much about his family, so I reached out to Cllr Anderson, who put me in contact with his rabbi. I gave them all the information I had.”

Epstein said Anastasi’s “overriding concern was to see if they could have him buried near his parents, which is quite incredible for someone who isn’t Jewish himself”, so immediately agreed to help.

As he trawled databases in search of information relating to the burial of Fraenkel’s parents, the coronavirus pandemic began claiming more lives, and the mortuary staff said they needed to free up the bay. “They were putting the pressure on, but Paul was saying, ‘Wait, not until we figure this guy out.’”

Epstein contacted Andrew Gilbert, a genealogist, and another amateur genealogist in Israel, who has asked to remain anonymous. Together they began to piece together Fraenkel’s family links. They learned that he came to London with his parents, Martin and Ernestine (Ella), in the 1930s. The family later naturalised.

Martin died in 1953 in Hackney and Ella, who lived with Fraenkel in Winchmore Hill, died in 1981. Herbert never married. Anastasi found love letters between him and a Swiss woman named Heidi from the 1950s and 60s, but she could not be traced. “Fraenkel was not known to any of the main denominations, or to the Association of Jewish Refugees,” Epstein recalls. “He passed away almost anonymously.”

Gilbert said: “They only had Fraenkel’s parents’ death certificates, which don’t record whether they were buried, and if so given a Jewish burial, so we had to look to his wider family.

“I worked out that Fraenkel’s father Martin not only had a sister, but had correspondence with J Franklin Barak, who turned out to be Ludwig Fraenkel, Martin’s younger brother.” 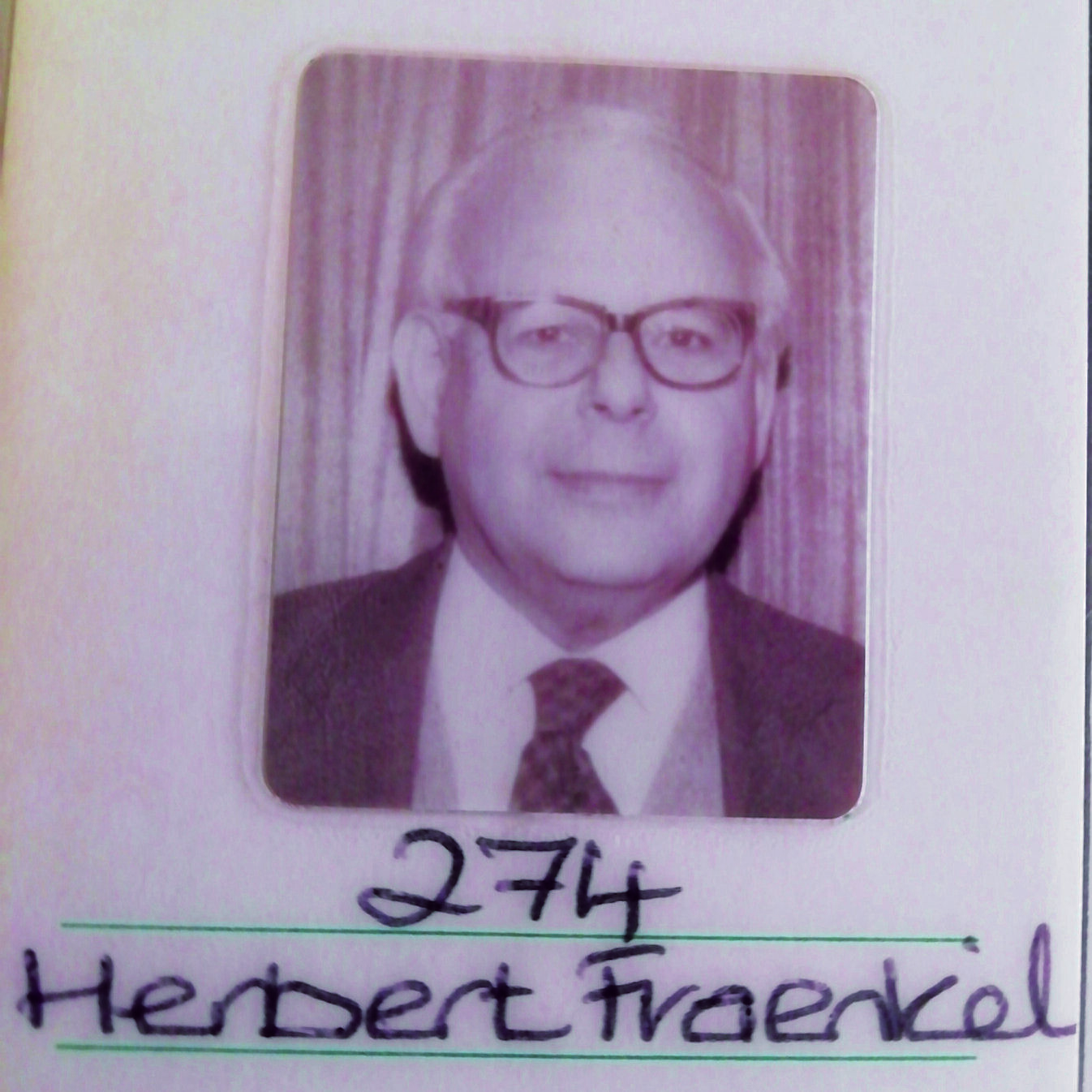 Ludwig was quite a character. He travelled to Palestine, where he married Jemima (Yemima) ben Yehuda, daughter of Eliezer Ben-Yehuda, the founder of modern Hebrew, whose funeral in 1922 was attended by 30,000 people.

They divorced in or shortly after 1923, a year after Yamima’s father died, but by then they had a daughter, Ruth Barak.

He remarried in the US, having two further daughters, at least one of whom was brought up Catholic, but upon discovering her family history, had a Jewish wedding. The family can subsequently be traced through the Americas; Herbert has cousins living in the US.

In the meantime Anastasi was continuing to learn more about Fraenkel. He spoke to a neighbour, who said Fraenkel “had his heart broken once, many years ago, by a European lady who he loved, but she married someone else”. This appears to have been ‘Heidi’.

There was no way I was going to let this man be buried in a shared grave. My family is from the Greek community, we know the value of family and tradition and burying people according to their customs and rituals.

Anastasi also found a Christmas card from a woman who used to work with Fraenkel, and he tracked her down. “She told me he was a very knowledgeable man, a lovely man, who was very quiet, but whenever he spoke everyone listened, because they knew that what he was going to say was honest and true. Everyone respected him.” 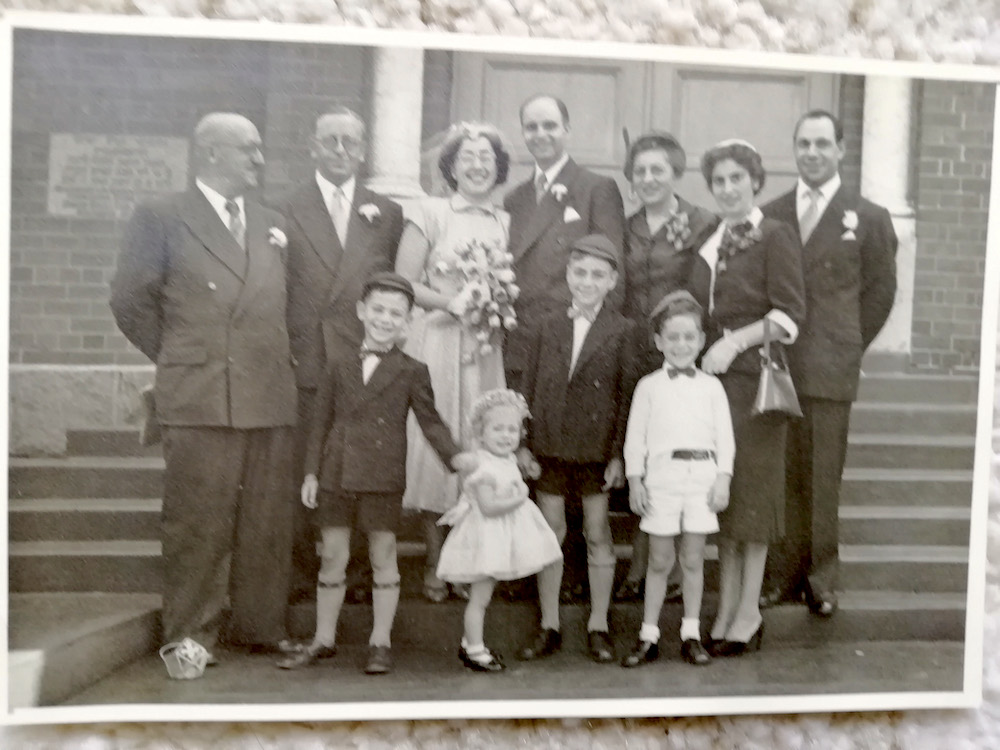 Eventually, there was enough information to establish that Fraenkel was Jewish and Enfield Council agreed to pay for his Jewish burial, which Epstein said it was his “honour” to lead.

“My thanks go to the incredible Paul Anastasi, who did not bow to pressure from the mortuary until we had been able to make the necessary funeral arrangements, to enable us to complete Mr Fraenkel’s journey with dignity,” said Epstein. “We wish his extended family, wherever they are, long life.”

Anastasi said: “There was no way I was going to let this man be buried in a shared grave. My family is from the Greek community, we know the value of family and tradition and burying people according to their customs and rituals.

“Thankfully we managed to do that, and hopefully Herbert’s spirit is now with his parents.”

Funeral for Herbert Max Fraenkel from the United Synagogue’s Waltham Abbey Jewish Cemetery. A final dignified journey to his eternal home for a man who had no family with immediate connection and no discernible community. And so we are acting as his family and his community. Welcome home again, Mr. Fraenkel. ושבו בנים לגבולם“And the sons will return to their borders…”