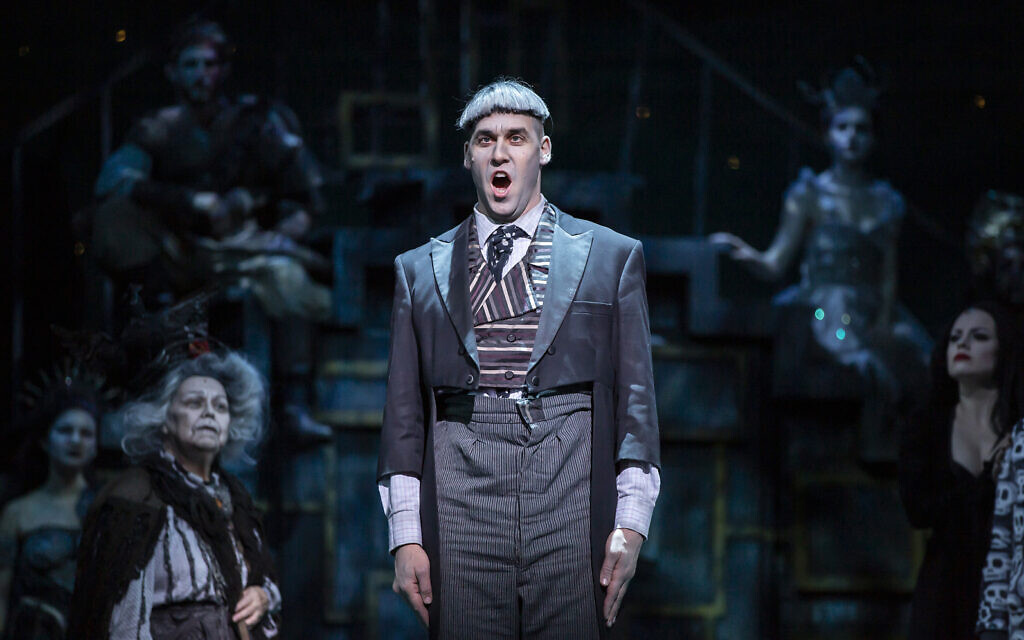 Six degrees of separation is common in our small community. Worlds collide daily via cousins by marriage, friends of friends and chains of acquaintances. But a link connecting The Addams Family’s
lugubrious butler Lurch to a Jewish a cappella vocal ensemble and UK Jewish Film is atypical and entirely due to Dickon Gough.

Currently filling the very large boots of the gothic gloomy manservant in a national tour of The Addams Family Musical, Dickon is also about to release his first choral album as the deep velvet bass in Mosaic Voices, the resident choir at Bayswater’s New West End Synagogue. “And what a fabulous baritone he is – probably the best in the business,” espouses Michael Etherton,  who is the choir’s musical director and chief executive of UK Jewish Film in this creative collision. Standing at 6ft 5in, Dickon’s unobstructed view of everything made him an obvious choice for the role of kindly man mountain Lurch, who in Charles Addams’ original cartoons was 6ft 9in and the family’s Christmas tree when required.

“He is the lynchpin of the kooky family who, in his own unique slowed-down way, looks after everybody,” says Dickon. “The beauty of playing him – despite him only grunting or being silent for the most part – is that every moment of his performance has to be perfectly timed, because he is the kind of butler who wouldn’t miss anything. It just takes him five hours to get from one place to another.”

Likening arboreous Lurch’s comic relationship with patriarch Gomez to that of Inspector Clouseau and Kato, the biggest challenge for Dickon is being rooted to the spot and not terrifying his three-year-old son when Facetiming in full creepy, Frankenstein-like make-up. That Lurch gets to sing in the Andrew Lippa musical is expected, but dance?

“It is somewhat characterised dance due to his stillness,” laughs Dickon, “But I’m okay with that because, in spite of doing three years of dance training at drama school, I’m flat-footed and size 13, so I wouldn’t put myself front and centre of a 42nd Street tap line.”

Dickon may not be the master of ‘step, ball, change’, but he was destined for the stage as his performance lineage goes back four generations to his maternal great-grandmother, Irene Scharrer, who was a concert pianist. Then there’s  his late grandmother, Rachel Gurney, who was the genteel Lady Bellamy in Upstairs, Downstairs, his mother, Sharon Gurney, who starred in Ken Russell’s Women in Love and his paternal grandfather, the late Michael Gough, who had a recurring role as Alfred Pennyworth in the Batman films.

“Yeah, well, I I tried other jobs and kept getting fired. But I have grown up with it and loved it since I was a kid, so I’ve never seen it as a job and I’m lucky enough to get some work.” 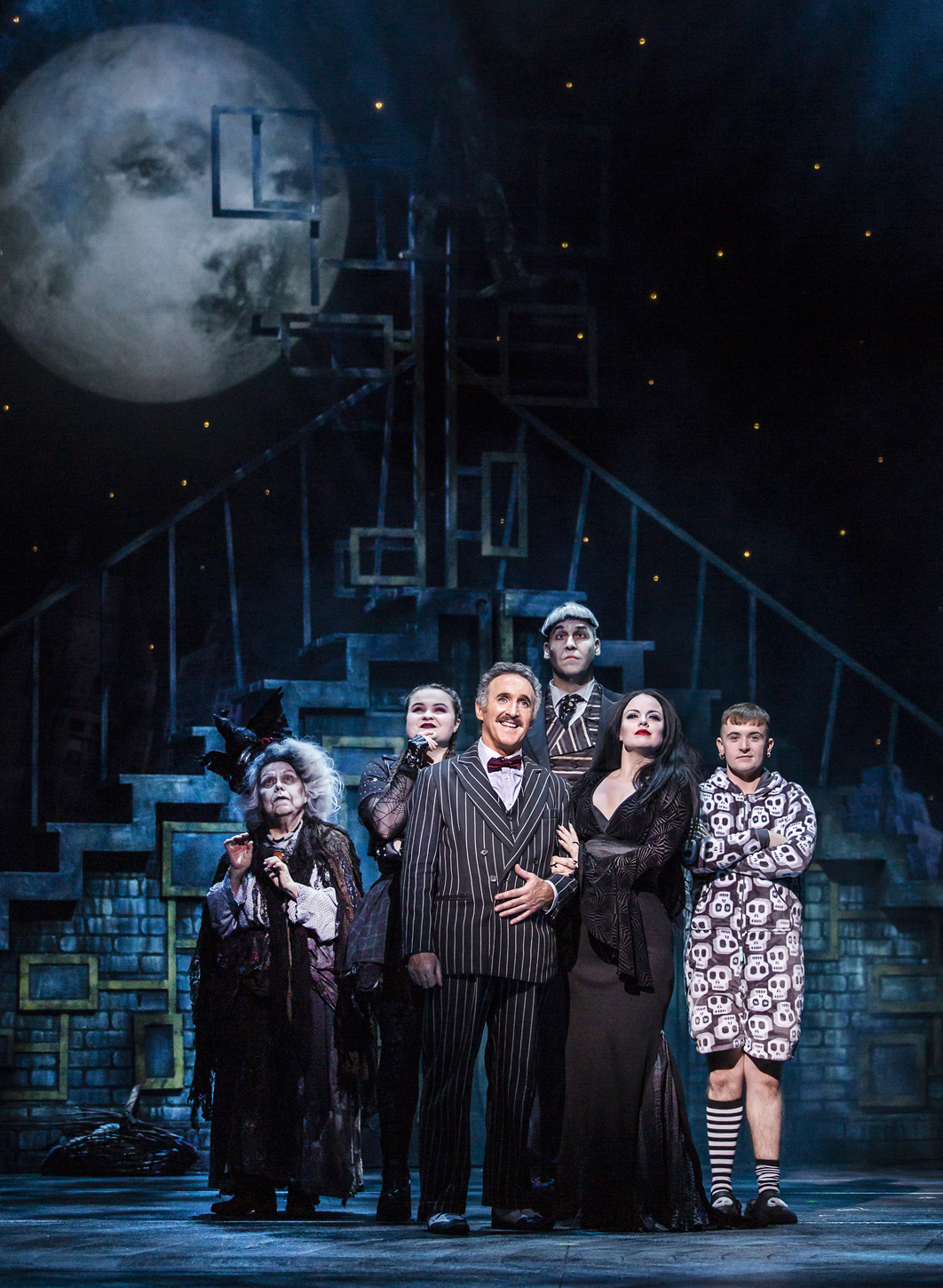 An emotional return to the stage after lockdown had all of The Addams Family cast in tears as the regional theatres had been in darkness for so long. But, before lockdown, Dickon had been in rehearsals for the musical City of Angels, which had been due to open at the Garrick Theatre.

“We had eight previews and were  four days away from opening night when the announcement came and there was nothing we could do. It was the same for everybody. But hopefully that show will come back because it’s amazing.”

Audiences at the Wimbledon New Theatre will be the last to see Dickon’s Lurch as he is leaving the tour for familial duties. But the song and some dance will continue because of Mosaic Voices and its newly-launched album, Letter To Kamilla,  which is the first album of Jewish choral music to be released by a major UK classical record label – Chandos – and all of the 18 tracks sung in Hebrew, Yiddish, Ladino and German are accompanied by films conceived by their composer-in-residence, BAFTA-nominated film-maker Benjamin Till. 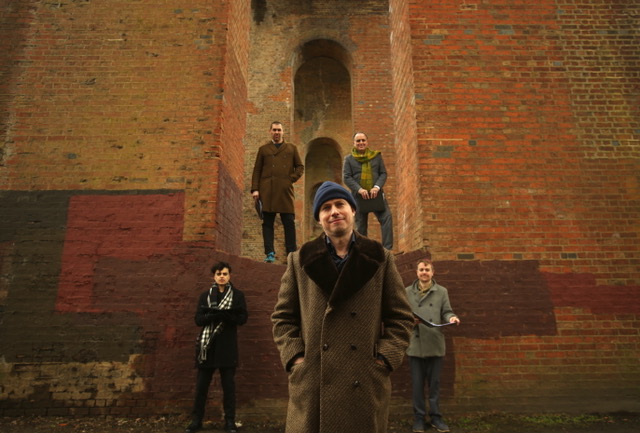 Mosaic Voices with their musical director Michael Etherton of UKJFF

‘Lurch’s’ journey to Mosaic started in the un-heimishe flats of North Norfolk, where he was almost certainly the only Jew in the school choir and loved singing requiems in spite of a Jewish heritage dating back to 1760, when his maternal great, great, great etc grandfather Israel Israel arrived in Britain.

Some years later, while appearing in an Olivier award-winning production of La Bohème, Dickon got chatting to fellow cast member Ben Siefert (a barrister by day, soloist by night) and the need for proper baritones in Jewish choirs became apparent. Dickon was intrigued and,before he
could say Avinu Malkeinu, he was singing it in St John’s Wood Synagogue choir.

“I completely fell in love with it. The music is just so mesmeric and feels ancient. I’d been singing choral music forever, but to suddenly be singing Sim Shalom – it just gets you.”

He feels the same way  about the album’s title track, Letter From Kamilla, which is a musically-adapted rendition of the last letter Etherton’s great-grandmother wrote before she was sent to Auschwitz.“She died there in 1943 when her sister Minka’s number was called out and Kamilla went with her, not knowing what was going to happen,” reveals Dickon, welling up. 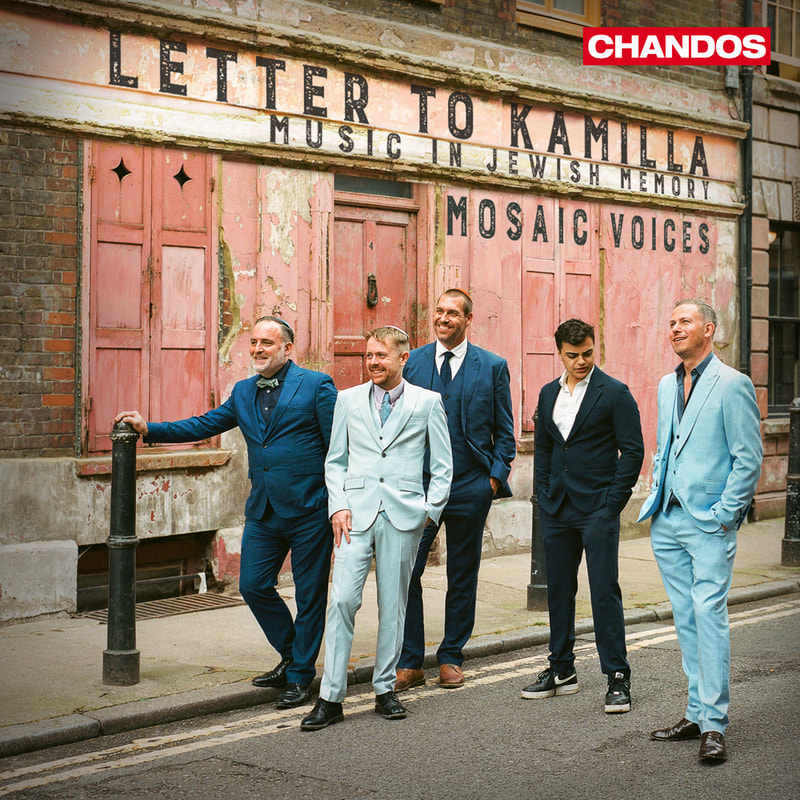 “When we first recorded it, just  getting through it was a challenge because of the way Benjamin has written it. He let the words of the letter do all the work and it’s incredibly hard-hitting while also being soothing. But the actual truth behind it is so terrifying.”

Dickon struggles to finish the sentence and his reaction won’t be lost on his musical director Michael who, along with the other singers Karl Gietzmann (countertenor), Miles D’Cruz (tenor) and Benjamin Till (baritone), is heading for the dancefloor as their recording of Etz Chayim is being remixed by the British band Faithless, who meld electronic elements into trance-disco beats.

“They’ve sold about 50 million records – God Is a DJ and Insomnia,” says Dickon. “They’re releasing it in March and this is our chance to introduce Jewish choral music to a world of people who have never heard it.”

That Etz Chayim could soon be chanted in some bouji nightclub in Chelsea or Ibiza is enough to get Lurch dancing. Albeit slowly.

• Letter to Kamilla will be released on  Holocaust Memorial Day, 27 January  www.mosaicvoices.co.uk

• The Addams Family Musical tickets are  available at www.theaddamsfamily.co.uk