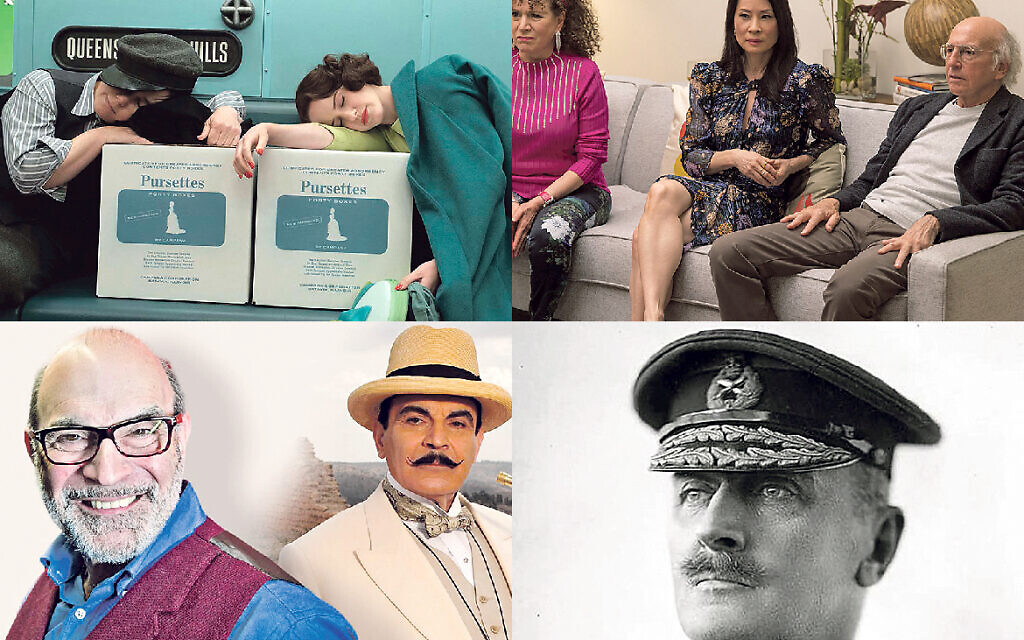 Midge: “You know what’s great about me?” 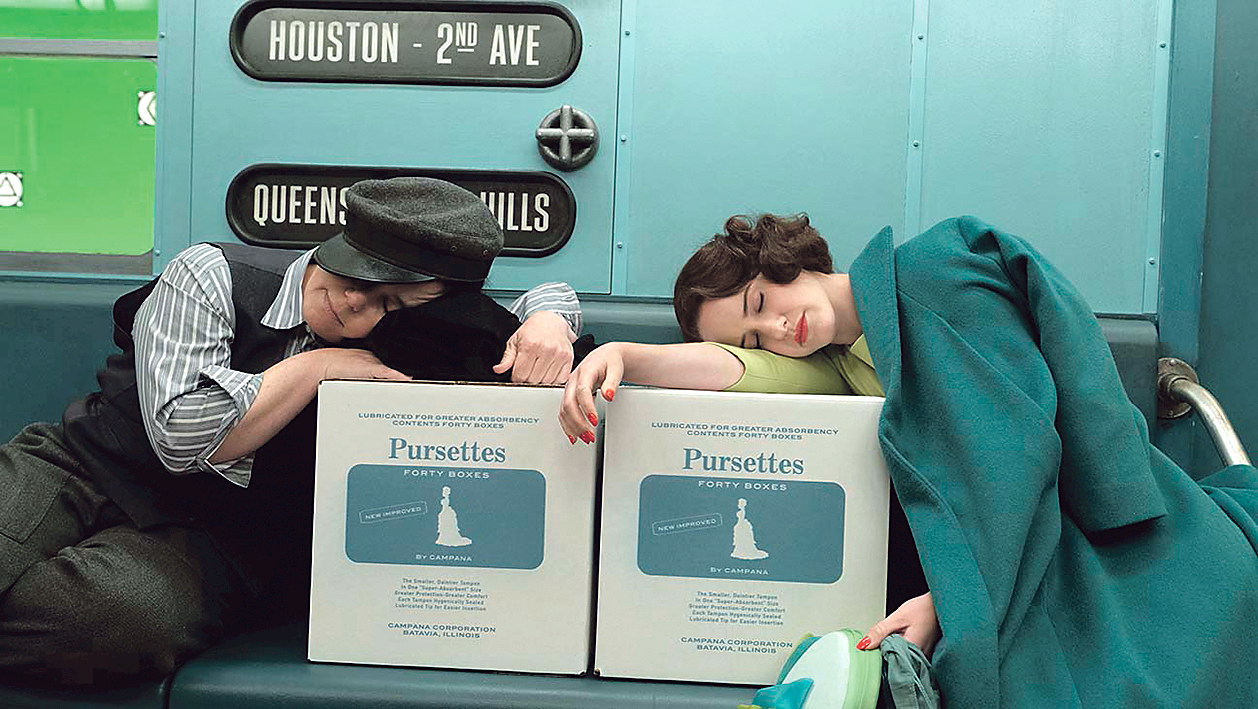 It may not be much, but two pithy lines of dialogue are all you need to know that The Marvelous Mrs. Maisel returns to Amazon Prime on 18 February.

When we last saw dynamic housewife comic Midge, she had lost her gig with superstar Shy Baldwin and her apartment due to Susie’s gambling problem. Moving forward, Midge only wants to perform where she can say what she wants.

“That’s not how the business works,” says Susie, which is the red rag that signals a season of marvellous mayhem in 1950s couture. Cue the
song Rose’s Turn from the musical Gypsy and we’re off. 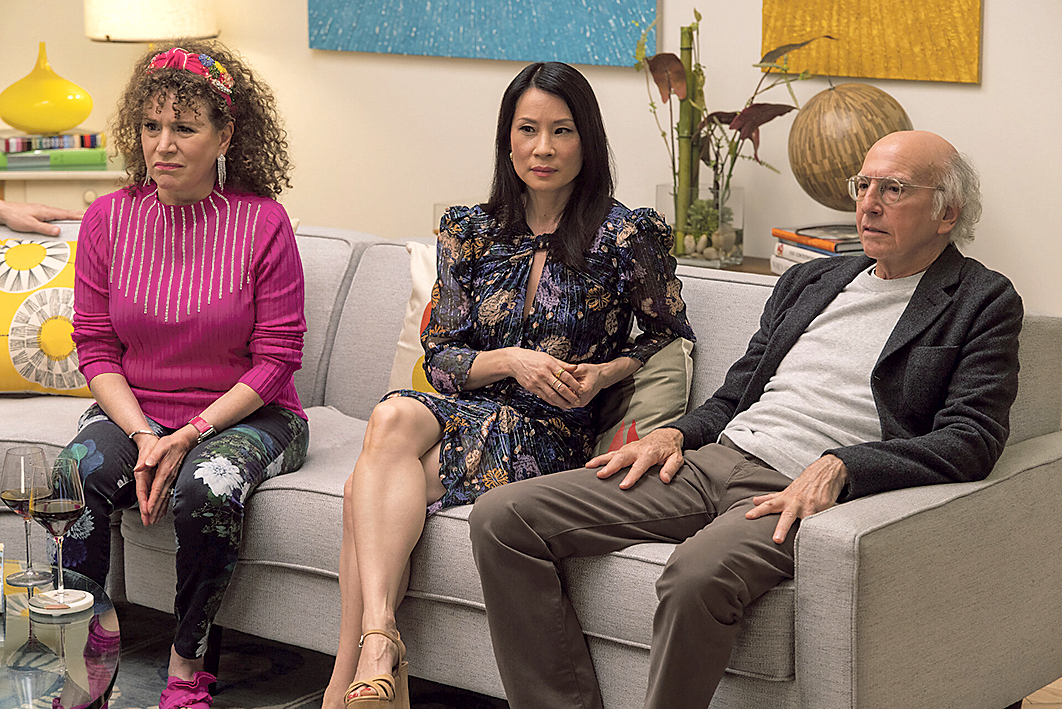 Tell us honestly. Could the new season of Curb Your Enthusiasm be any more Jewish? Transgressive and risky, the comedy series that revolves around the misadventures of misunderstood and reluctant misanthrope Larry David has always been Jewish. And how could it not be, with balding Larry and his portly pal Jeff resembling the shul everyman and speaking nouveau shtetl (unfinished sentences peppered with Yiddish) that we understand. But the volume on Yiddishkeit has been turned up so high in the latest episodes it feels like being firebombed with kneidels. Lessons on the use of the words bashert and tsuris for actor Jon Hamm (a fitting moniker); a fake shiva, shofar blowing and a set-to with a Jews for Jesus cast member are all part of the blisteringly hilarious balagan. Do you have to be Jewish to appreciate it all? Probably not 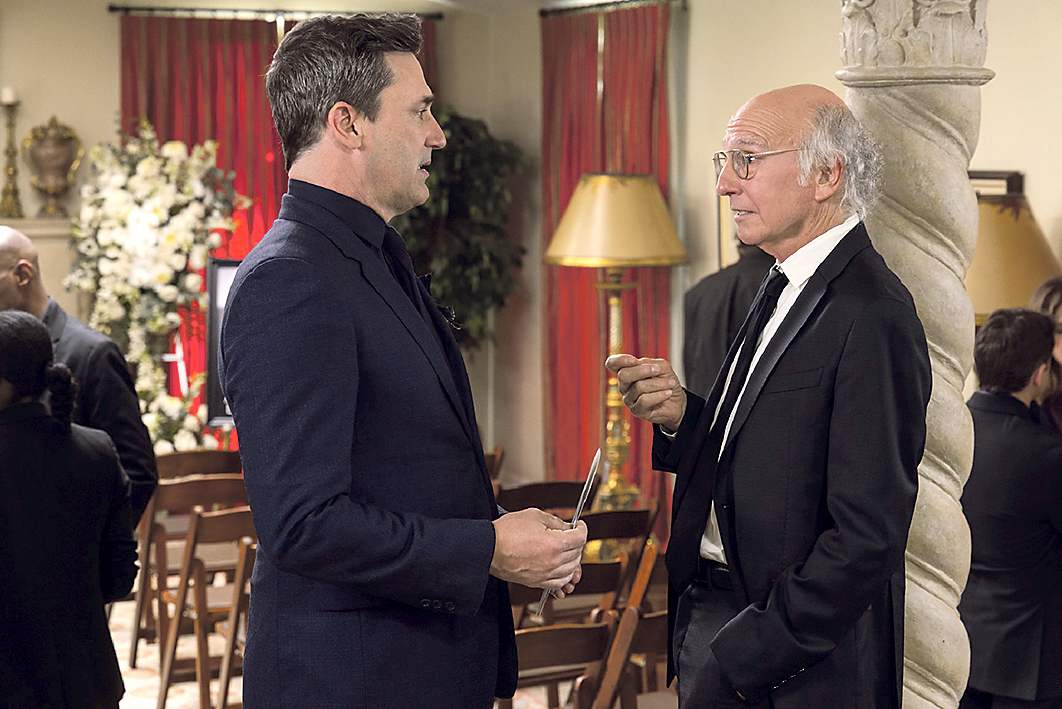 . But like Spaniards watching an Almodovar film, it’s useful if you are. “It doesn’t really matter that not everybody’s getting the details, they’re getting the idea of it,” says Susie Essman, who plays Jeff’s confrontational wife Susie. But she notes that being Jewish helped her nail the part. Having known Larry since they hung out at LA’s Catch a Rising Star comedy clubs in 1986, Susie is surprised he has become so successful.

“Back then, we knew he was a brilliant genius. His writing was so incredible and his stand-up was unlike anybody else. But he didn’t seem that ambitious, and he was never one to pander. He always just marched to his own drum.” Long may his beat go on.

Curb Your Enthusiasm is on Sky Atlantic

Esteemed Jewish thespian Sir David Suchet makes his eagerly-awaited return to the West End in POIROT AND MORE, A RETROSPECTIVE on 4 January 2022. Following a successful tour in autumn  2021 that took in more than 20 UK theatres, the show has a three-week residency at The Harold Pinter Theatre, where the actor will look back at his illustrious career and shed an intimate light on his performances in conversation with Geoffrey Wansell, journalist and co-author of Poirot and Me. Should Suchet utter: “If you will forgive me for being personal, I do not like your face,” he has slipped into Belgian detective mode. Or not! 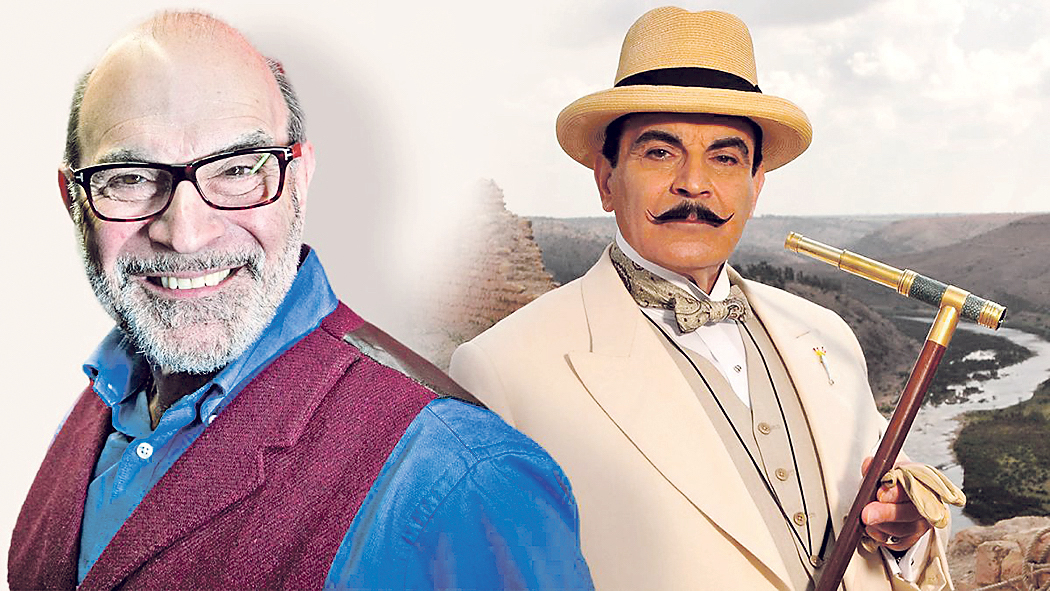 Event: WIZO on the page

Peston’s explosive thriller about the worlds of media and power politics becoming dangerously entwined, having investigative journalist John Ware asking the questions was a smart move and the audience was enthralled as they discussed fact and fiction based on their professional experience.

Funds raised will support a child literacy programme in the WIZO-run day care centres. PJ Libray also plays its part as, once a month, each child receives a Jewish heritage book.

“Reading and having books in our home is something  we take for granted,” said WIZO UK chair Annabel Stelzer.

“For many low-income families and immigrants, who benefit from this programme, the books they are given are the only books they have at home.” 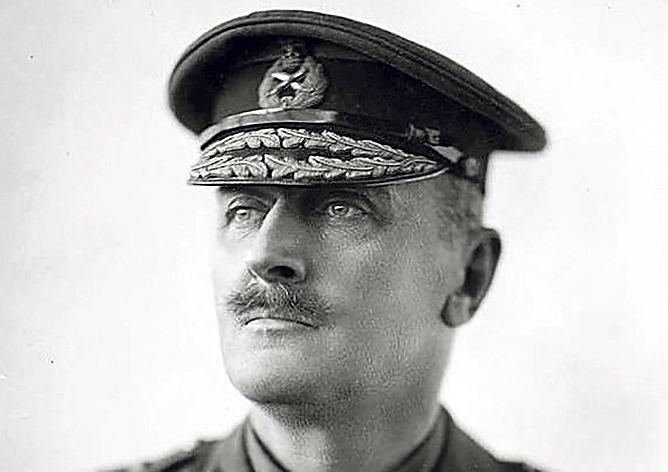 On 9 December 1917, the Ottomans surrendered Jerusalem to the British Egyptian Expeditionary Force under General Edmund Allenby. It had been a hard-fought campaign in cold and rain, with 51,000 casualties among the XX Corps, the XX1 Corps and the Desert Mounted Corps, including men from Australia and New Zealand, India and the Gurkhas. Allenby chose to walk into Jerusalem out of respect for the city. The surrender document said: “To the severity of the siege of the city and the suffering that this peaceful country has endured from your heavy guns; and for fear that these deadly bombs will hit the holy places, we are forced to hand over to you the city…. hoping that you will protect Jerusalem the way we have protected it for more than 500 years.” To celebrate the victory, music was added to an old Jewish folk song called Hava Nagila. It would have been better to ask Irving Berlin.