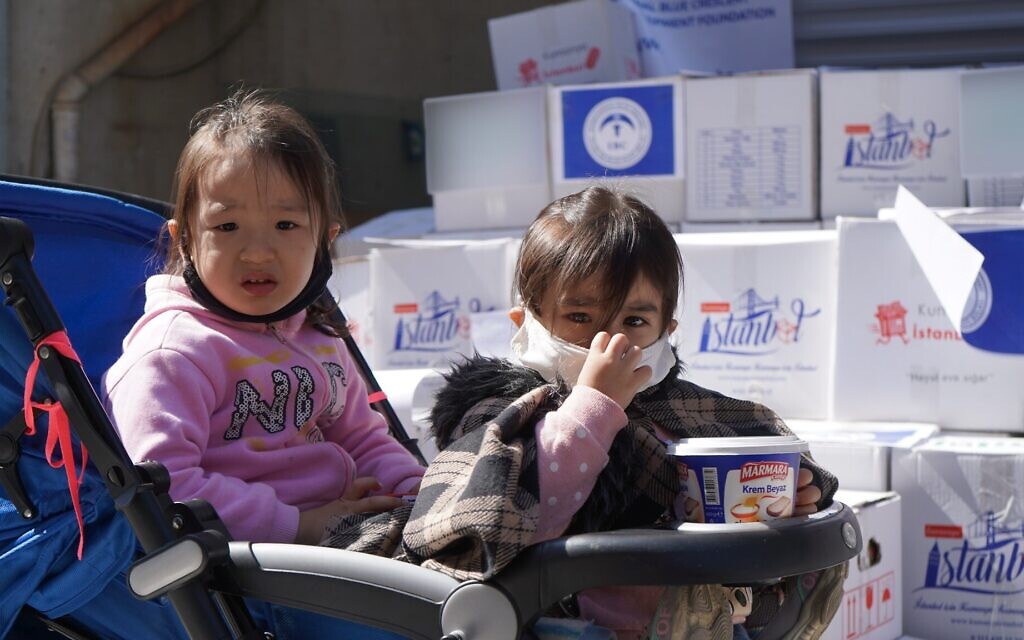 One of Britain’s biggest Jewish charities has launched an emergency appeal to assist the thousands of Uyghur refugees living in poverty in Turkey, where they fled to escape persecution in China.

World Jewish Relief said over 11,000 Uyghurs had risked a hazardous journey to reach Turkey but were now stranded without food or the right to work.

Many now fear being deported back to China, where they risk internment.

Chief Rabbi Ephraim Mirvis urged Jewish people in Britain to give generously because it would provide practical help to an Uyghur community that it is possible to reach.

There are wider fears about the Uyghur population living in China, where access is far more limited.

Campaigners say that over a million Muslims, including Uyghurs and ethnic Kazakhs and Uzbeks, have been rounded up by the Chinese authorities and detained in “re-education centres”.

There are many reports of forced labour, compulsory sterilisation and the repression of their faith.

Some Uyghurs have sought refuge in Turkey because the country has strong ethnic links with China’s Xinjiang province, a region known in Turkish as East Turkestan.

But many live in difficult conditions, mostly in Istanbul, with limited access to healthcare and food and no contact with their families back home.

“Any strong, stable person under these circumstances, not knowing what happened to their loved ones, would no longer be normal,” said Rahima Mahmut, a London-based Uyghur and campaigner.

“Yet the ones who give testimonies are the luckiest of the lucky ones, as they were able to escape.”

There are also fears that a China-Turkey extradition treaty signed in 2017 could soon come into force as President Recep Tayyip Erdoğan’s government seeks to build closer ties with Beijing.

That could result in many Uyghurs being deported. 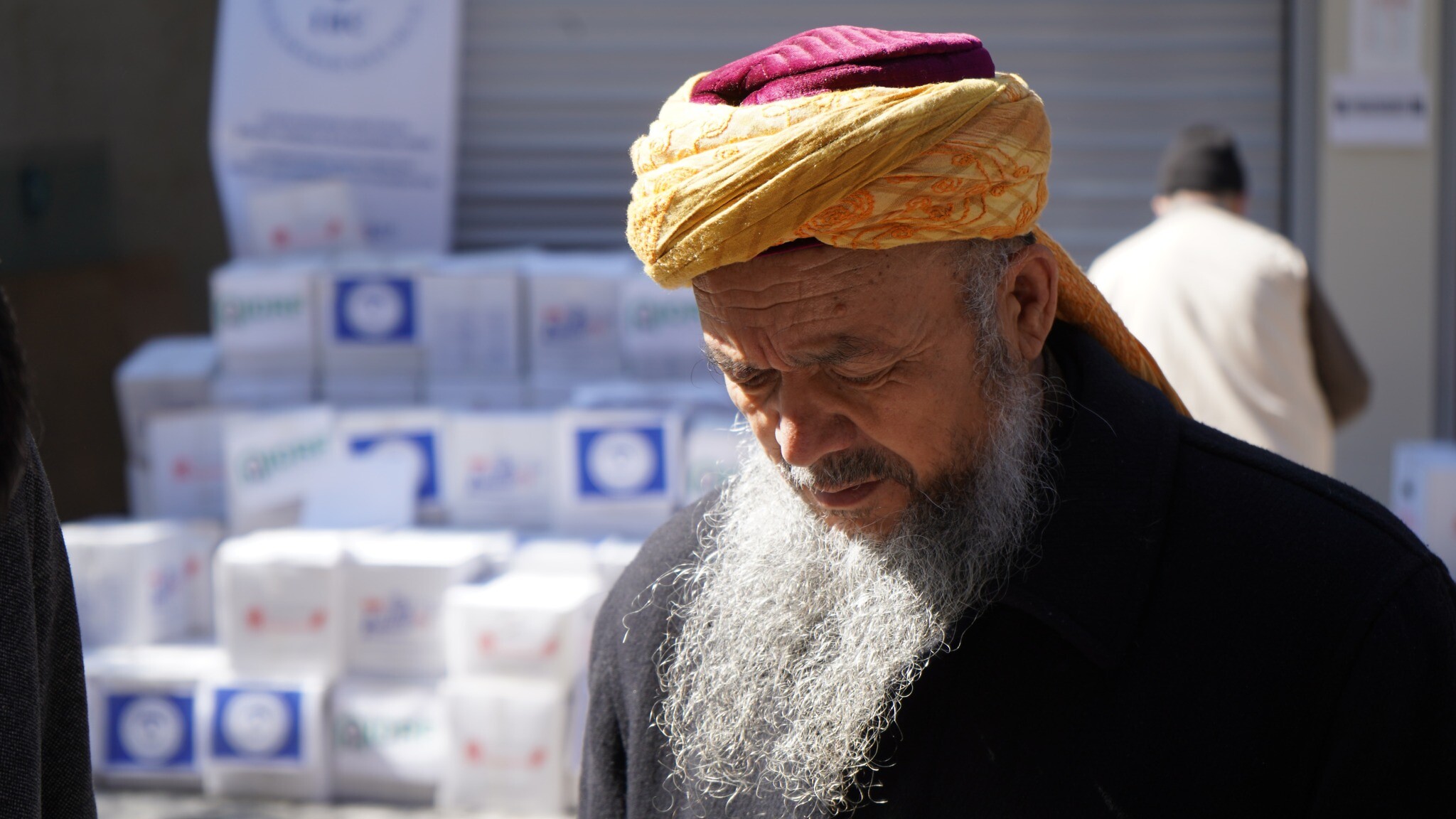 An Uyghur man in Istanbul pictured among food parcels at a distribution point (Photo: WJR)

“Our community knows only too well the unique challenges faced by refugees both during and after such immense trauma and suffering,” the charity said in a statement.

Chief Rabbi Mirvis said: “World Jewish Relief are performing a vital service by undertaking this emergency appeal, and I commend them for identifying a substantial Uyghur refugee population in desperate need of our assistance.

“I urge you to generously support this campaign, whilst keeping in mind the many Uyghurs we are unable to offer the very same type of practical help at this moment in time.”

The campaign has been endorsed by most mainstream Jewish movements in the UK, including the United Synagogue, Masorti Judaism, Liberal Judaism and Reform Judaism. 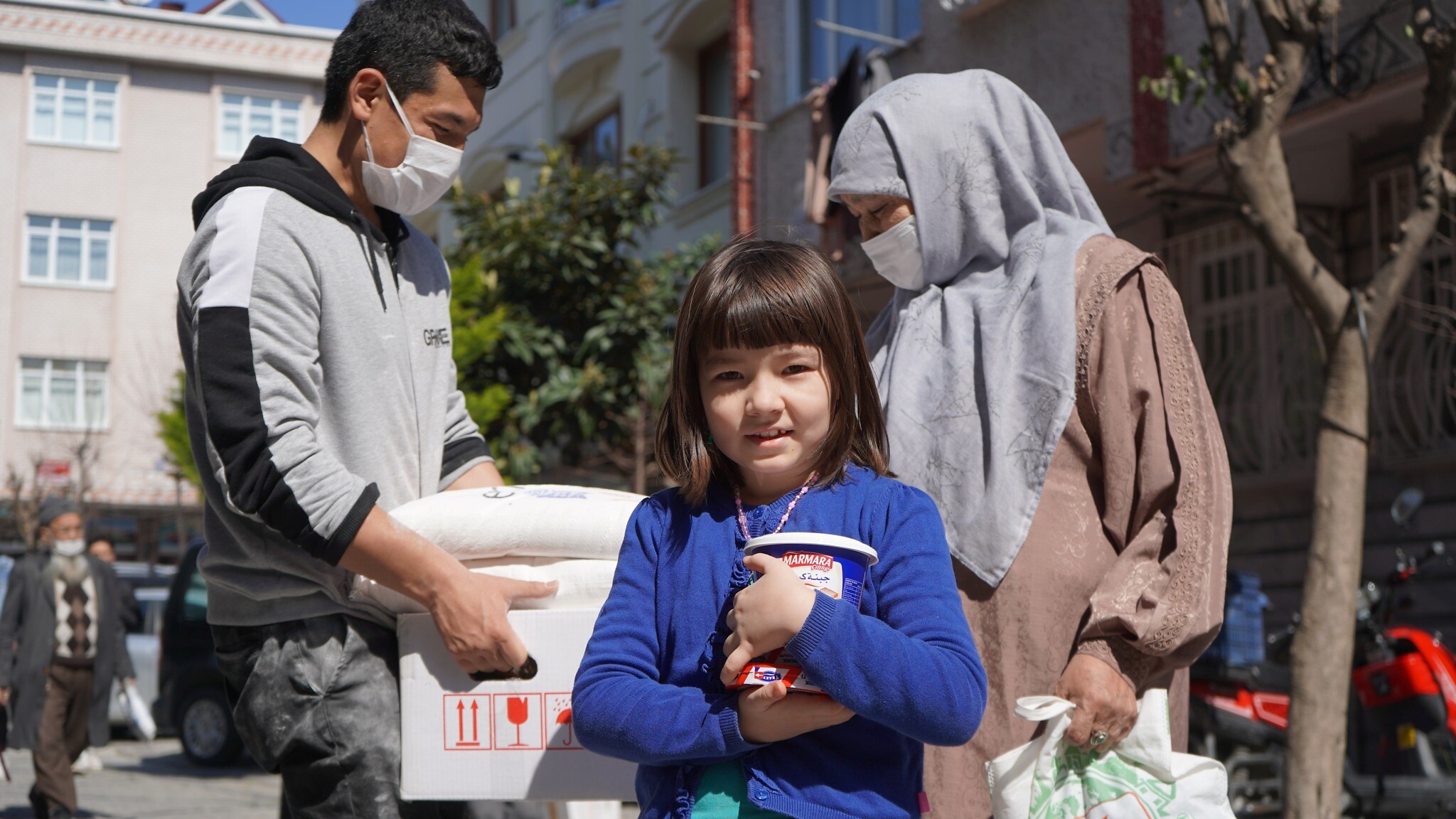 It was also backed by Lord Alton of Liverpool and the Conservative MP Nusrat Ghani, who have campaigned in parliament on the Uyghur issue.

“The Uyghur Refugee Urgent Appeal will make a significant and meaningful difference for 6,000 families who have fled oppression in Xinjiang and now reside in Turkey. It deserves our full support,” Ghani said.

“I am proud that today World Jewish Relief, utilising its expertise and ability to deliver practical humanitarian assistance, is able to play its part in this tragic and deeply worrying issue.”

WJR was founded to save people from being persecuted as Nazis came to power in Europe. The organisation said in a statement: “Our community knows only too well the unique challenges faced by refugees both during and after such immense trauma and suffering.”