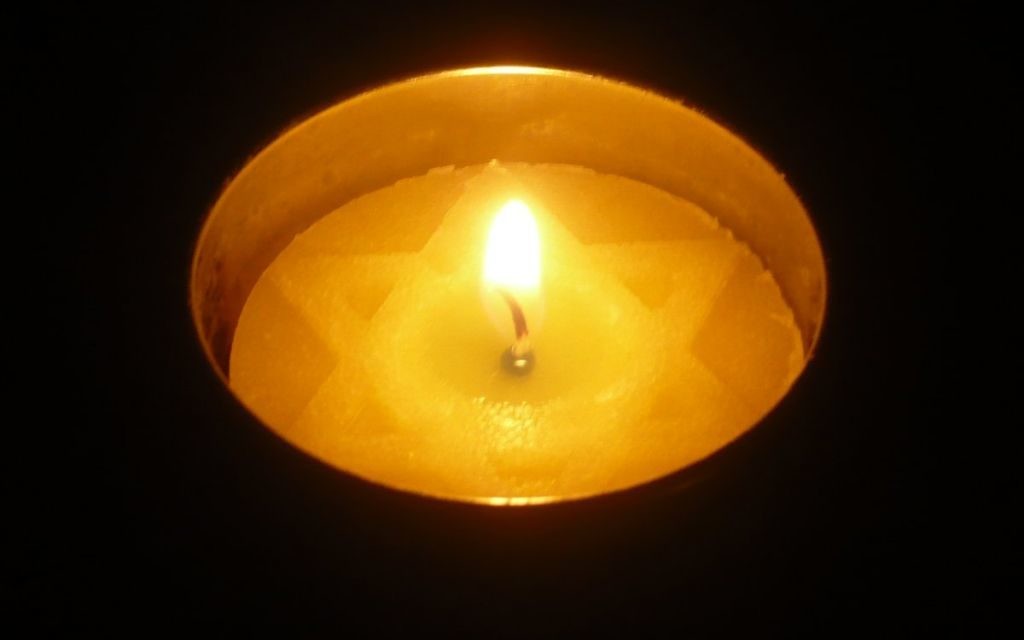 As Israel ushered in Yom Hashoah, or Holocaust Remembrance Day, with a ceremony at the Yad Vashem memorial in Jerusalem – around the world people have been paying respects to victims of by lighting a candle – and remembering an individual who perished.

This year includes a Yellow Candle initiative – where people are invited to remember one person, posting a picture of their name, age and where they perished – to ensure individual names and stories are not forgotten.

This comes ahead of Sunday’s official memorial – where hundreds are set to gather in London at the National Holocaust Memorial Gardens in Hyde Park.

????️Earlier today, I lit my @YomHashoahUK #YellowCandle in memory of Yuzik Filler, a 5-year-old from the Ukraine: one of the million Jewish children & six million Jews murdered by the Nazis & their collaborators.

My message for #YomHaShoah, the Jewish Holocaust Remembrance Day???? pic.twitter.com/TuH4ZrGKfe

Israel came to a standstill as sirens rIng out across the Jewish state to remember:

Israel stands still for the six million we lost in the Holocaust https://bit.ly/2qsRJYDVideo by Luke Tress – לוק טרס

Listen to the Jewish Views podcast, on Alec Ward’s passing:

Holocaust Educational Trust CEO Karen Pollock is in Poland for March of the Living.

She offers he reflection on the importance of Yom Hashoah:

Tonight marks the beginning of Yom HaShoah, the Annual Jewish Remembrance for Victims of the Holocaust.

Today is Yom Hashoah, the day of commemoration for the six million Jews who perished in the Holocaust. #WeRemember pic.twitter.com/6dleEtaSWh

Rabbi Lord Sacks reflects on the nature of anti-Semitism as he marks Yom Hashoah:

Tonight and tomorrow Jews around the world will mark #YomHaShoah, the day in the Jewish calendar when we remember the victims of the #Holocaust, the darkest period in human history when a third of world Jewry was murdered.

As we remember those who were murdered because of antisemitism, let us recommit ourselves, not just Jews, but all who value our common humanity, to fight antisemitism wherever and whenever it appears, and to do so before it is too late.

On Yom Hashoah, the Jewish day of Holocaust Remembrance, we have lit a Memorial candle to the memory of Naum Raikhman who was killed in 1941 aged just 1 year. #YomHaShoah #NeverForget pic.twitter.com/6QPEr7ooQL

The Board of Deputies remember 6-year-old Velvele Valoon and 8-year-old Yelena Kruk, who both perished in the Holocaust

The Union of Jewish Students pay respects to Fanny Ichenhauser who died aged 22 at Bergen-Belsen and Gedalie Perelman who died aged 7 at Kherson.

Today for #YomHashoah we lit #yellowcandles in memory of Fanny Ichenhauser who died aged 22 at Bergen-Belsen and Gedalie Perelman who died aged 7 at Kherson. We encourage students to take a moment today to remember the lives of the 6 million Jews who perished in the Holocaust pic.twitter.com/gqp8x43fVB

The 45 Aid Societychair Angela Cohen lit two candles in memory of Abraham Agsteribbe of Amsterdam who died at Sobibor aged 9 and Mose Friedman of Hust who died in Auschwitz aged 8.

Our chairman Angela Cohen lit two candles today for #YomHashoah in memory of Abraham Agsteribbe of Amsterdam who died at Sobibor aged 9 and Mose Friedman of Hust who died in Auschwitz aged 8. #yellowcandle #neverforget #TheBoys pic.twitter.com/hiZ75k7ntw

Labour leader Jeremy Corbyn posted on Twitter: “On Yom HaShoah, Holocaust Remembrance Day, we remember the six million Jews killed in the Holocaust. Our thoughts are with their surviving families.

“I have lit a candle for 5-year-old Arlette Kaim who died at Auschwitz in 1942.”

On Yom HaShoah, Holocaust Remembrance Day, we remember the six million Jews killed in the Holocaust. Our thoughts are with their surviving families.

I have lit a candle for 5-year-old Arlette Kaim who died at Auschwitz in 1942. pic.twitter.com/LiiB0S5ZPo

Jewish Leeds North East MP Fabian Hamilton attended a ceremony at Etz Chaim synagogue, and lit candles for 7 year old Cvi Hirsch who was murdered in Auschwitz in 1944, aged just 7, and 10 year old David Levi from Warsaw who died in Kowel in 1942

Last night, I attended the Yom Hashoah Holocaust Memorial Ceremony at the Etz Chaim Synagogue, with about 150 members of the Leeds Jewish community and the Lord Mayor, Deputy Lord Lieutenant and the Leader of Leeds City Council, Judith Blake. pic.twitter.com/QoHfToR0jw

Israeli footballer Tomer Hemed, who plays at Brighton & Hove Albion, pays his respects to victims of the Holocaust:

On #YomHashoah we honour the victims of the Holocaust and recognise the achievements of its survivors and refugees. pic.twitter.com/V0vR1gGkkH

At Langdon last night we lit a candle in memory of Sarina Albahari aged 8, who perished at Sajmiste. Remembering all those who were murdered #yellowcandle pic.twitter.com/atzqicuAQ5

Director of Pears Foundation, Amy Braier, remembers Filia Genstel of Kherson who was only 3 when she died

I lit my @yomhashoahuk #YellowCandle in memory of Filia Genstel of Kherson who was only 3 when she died. My daughter is 3. One million children died in the Holocaust and the Jewish world is immeasurably poorer for their loss. pic.twitter.com/d9FkoxVCbl

On Yom HaShoah, we commit ourselves to one simple act: Yizkor. Remember.
I lit this candle in memory of Lazar Rubinshtein murdered at age 42. I remember the 6,000,000 who died simply for being Jewish, including my own family.#yellowcandle #YomHaShoah #NeverAgain pic.twitter.com/L4MOTWxSjE

Tonight we light a #yellowcandle remembering Judka Reisz who was murdered at Auschwitz aged just 7 years old. Judka never got to live a long life. This Yom Hashoah we honour Judka's memory together with all the six million Jews murdered by the Nazis. #YomHashoah #NeverForget pic.twitter.com/Cd1r4x5FxA

Today, on Yom HaShoah we remember the victims of the greatest crime of man against man. We read Rabbi Lord Jonathan Sacks' prayer over our school tannoy and observed a minute of silence. Remembering the past, honouring the memory, shaping the future. #YomHashoah