The UK’s annual Yom HaShoah commemorations moved online for a second consecutive year, with thousands tuning in to honour the memory and pledging never to forget.

The Remember Together We Are One ceremony included numerous testimonies from Holocaust survivors – all of them incredibly moving including that of Lily Ebert BEM who recalled on camera to her great-grandson Dov Forman the hell that was Auschwitz-Birkenau.

Lily went on to describe how she witnessed Dr Josef Mengele condemning her mother and sisters to their death with just one wave of his hand. 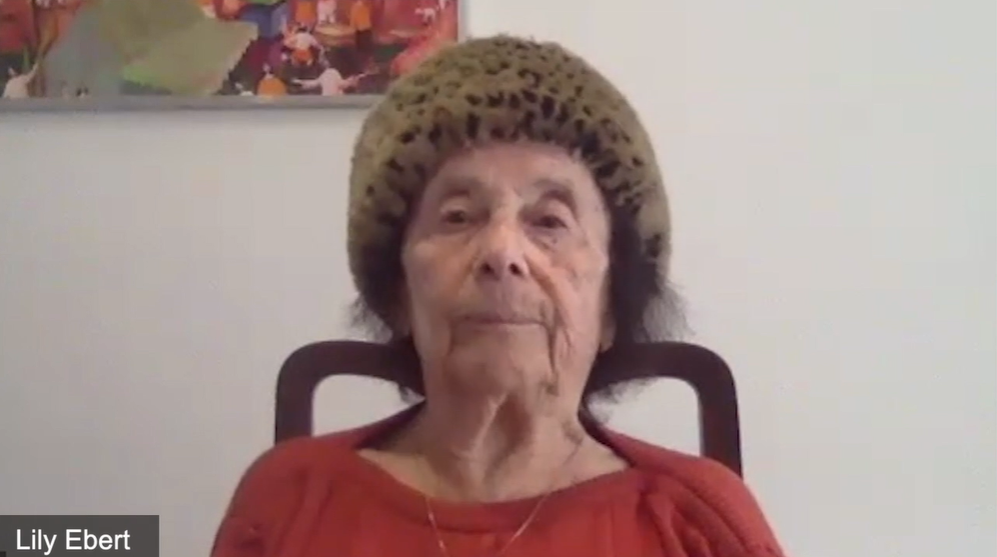 Equally poignant was the testimony of Auschwitz survivor and one of ‘The Boys’ Ike Alterman who gave his testimony to his granddaughter Danni and told how he rebuilt his life and made his home in Manchester.

Amongst those to speak at the event were Chief Rabbi Ephraim Mirvis, the actress and campaigner against antisemitism Tracy Ann-Oberman and Sharon Bar-Li, the deputy ambassador of Israel. 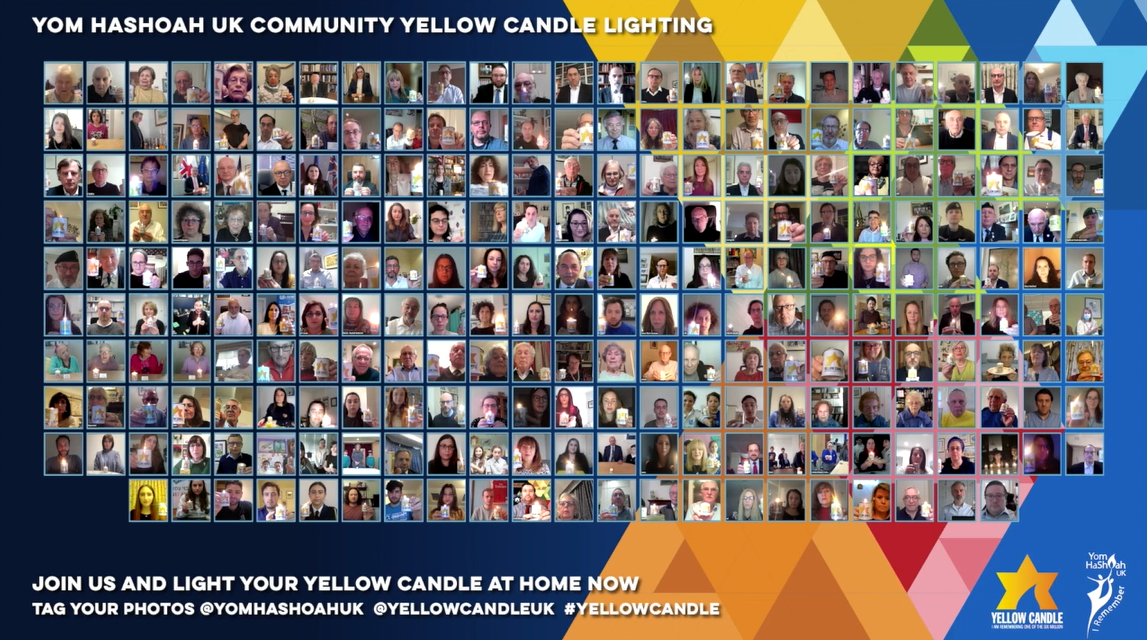 Rabbi Mirvis spoke powerfully of the need to continue to speak about the “lessons of the Shoah” which he said were “perhaps more relevant today than ever before since the end of the Second World War.”

He continued: “We must speak about our extraordinary survivors – incredible women and men who continue to give us so much inspiration every day.

“Most importantly of all, we must speak about our pledge of remembrance from generation to generation. Our responsibility to continue the greatly important work of the survivors in order that we guarantee their first-hand testimonies will not be forgotten nor be denied.” 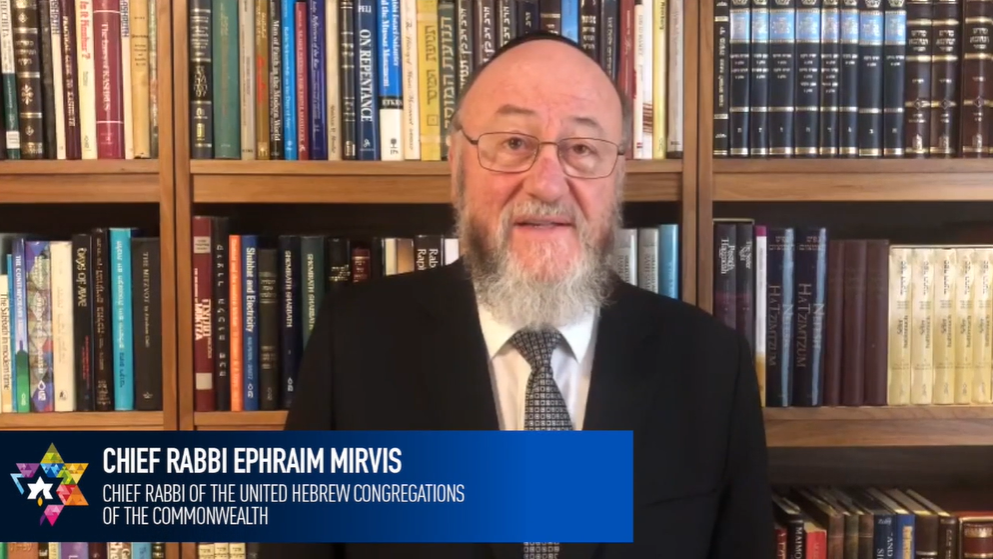 Oberman used her speech to pay tribute to the fighters of the Warsaw Ghetto Uprising who stood up, fought back and gave their lives in defence of the Jewish people.

“Today in a world where antisemitism is again on the rise we are reminded of the incredible bravery of these heroes on Yom HaShoah,” said the TV actress.

“The stood up, fought back and gave their lives in defence of the Jewish community. We honour them, we remember them, and we are inspired by them.” 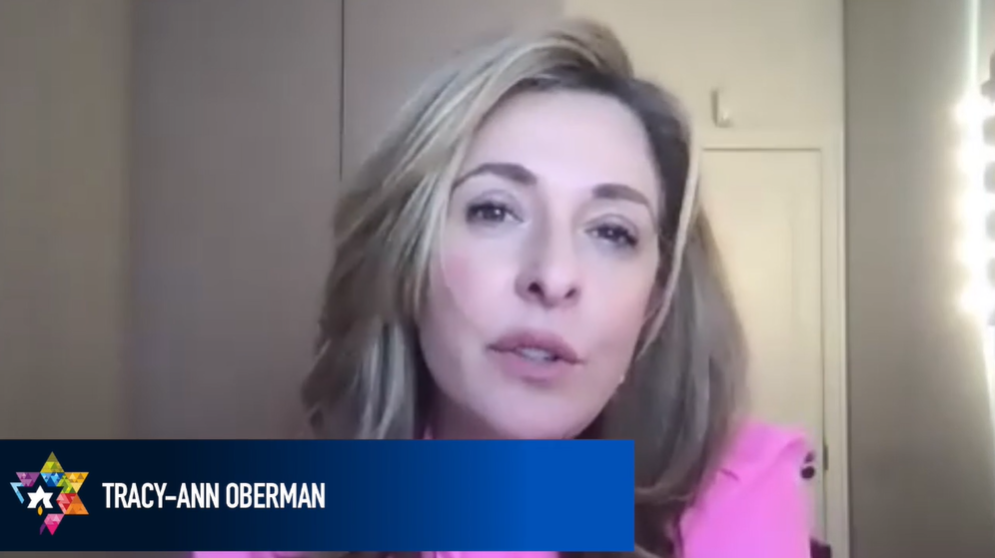 Wednesday evening’s ceremony had been introduced by Henry Grunwald, ex president of the Board of Deputies of British Jews and a founder and first chairman of the Jewish Leadership Council.

He said the ceremony would ensure Shoah remembrance would have a permanent place within the community and that we were “joined online this year to show that we can come together whatever the circumstances as one people to remember that loss in our own special way.”

Board of Deputies President Marie van der Zyl next officially opened the commemoration by reading out ‘We Commune’ The Yad Vashem Law, unanimously passed by Israel’s Knesset in 1953 and establishing Yom HaShoah as the Holocaust Martyrs’ & Heroes’ Remembrance Day. 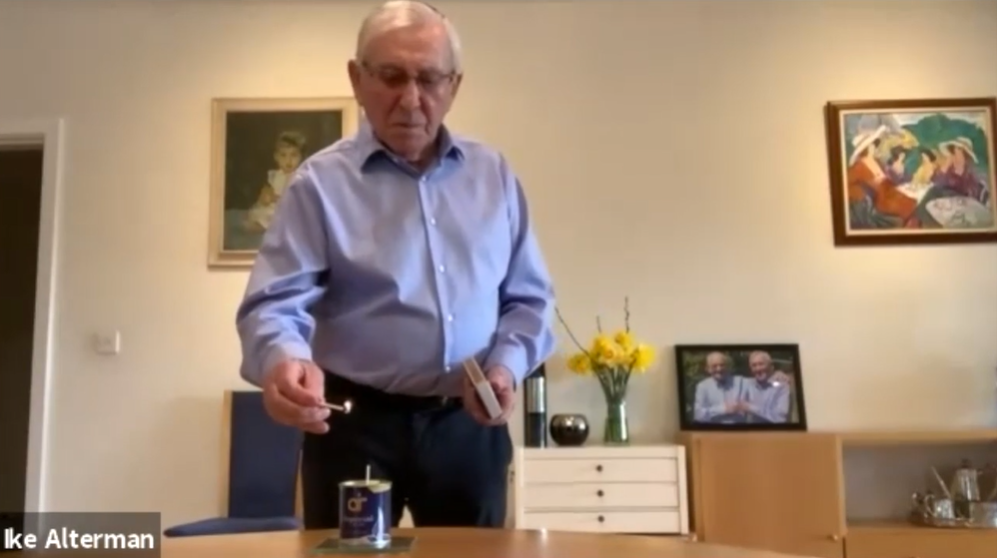 Third generation survivor and Game of Thrones actress Laura Predelska then offered a reminder of the millions who lost their lives in the various Nazi death camps. 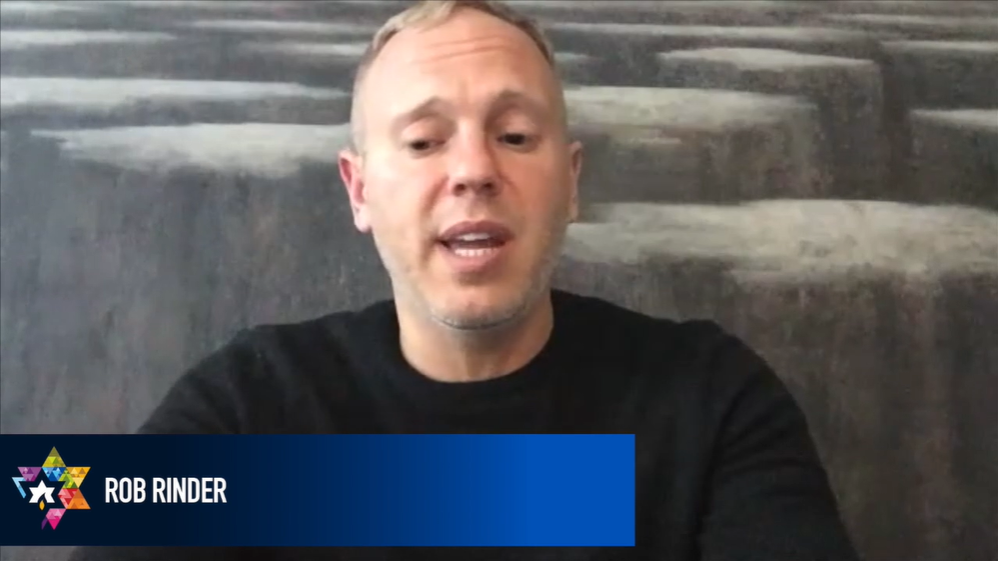 Rob Rinder during the ceremony

There then followed the yellow candle lighting ceremonies from locations far and wide across the country – including Glasgow, Ipswich, Manchester and London as survivors and the next generations of Jews remembered those who did not survive.

Six candles were intially lit by survivors to remember the six million who perished. Jewish religious leaders followed, as did communal organisation heads, charity leaders, politicians and media organisations, including the Jewish News.

Movingly, a Virtual Youth Choir performed a poignant rendition of ‘Never Again’ recorded from their homes in the early stages of lockdown. The event was hosted by former Board of Deputies President Henry Grunwald and organised by a team lead by Neil Martin, chair of Yom Hashoah UK.

Neil Martin said: “So much care and attention goes into producing these emotive ceremonies, more than most will ever realise, in order to ensure we honour with the upmost respect this most solemn of days. Perhaps even more so, for this second unexpected virtual commemoration in lockdown, we wanted to ensure it was a truly national event that would bring the generations together to remember from all parts other community. It’s humbling therefore to have received so many messages about the profound effect the ceremony has had on all those who watched and remembered on Yom HaShoah”.

Our Virtual Youth Choir perform a poignant rendition of 'Never Again' recorded from their homes in lockdown by children who wanted to show Survivors and Refugees that no matter the circumstances they will always remember on #YomHaShoah https://t.co/k8d3iRjm4u