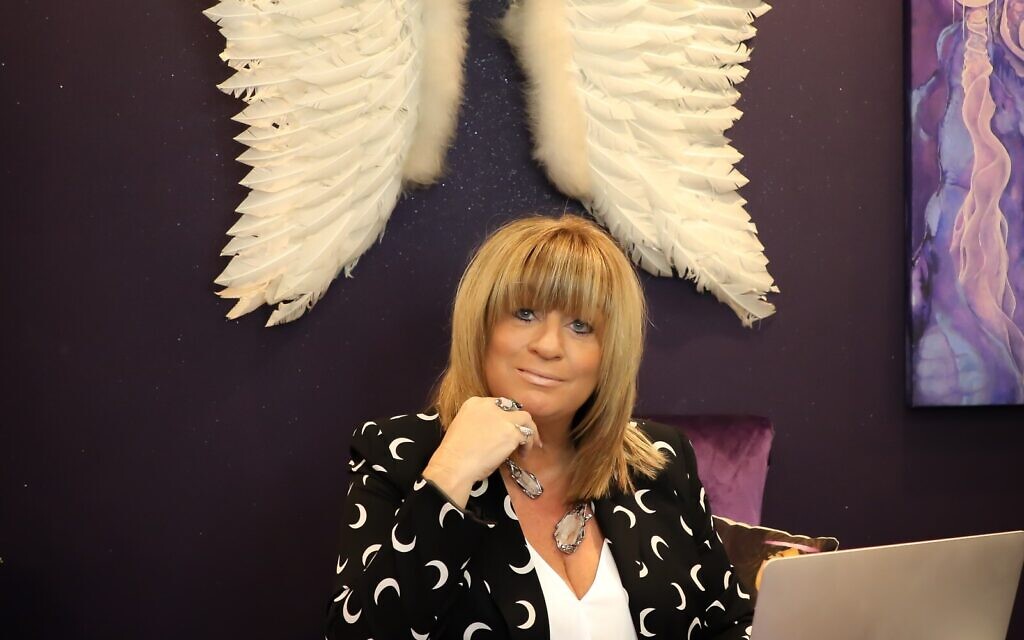 Bev Mann, the woman who brings solace to the grieving

More contentious than politics and as inflammatory as religion, expressing a belief in psychics and mediums brings out the worst in people. I know this because I’ve been dismissed with a pitiful head shake or angry barbed remark on numerous occasions for giving credence to those who purportedly ‘mediate communication between the living and the dead’. I say purportedly because the editor of this newspaper wouldn’t have it any other way.

He is a non-believer who is critical (that’s putting it mildly, Brigit, Ed) of those who make such claims. I had to verbally wrestle him into allowing me to write this. Of course, as a Jewish newspaper filled with rabbinical comment, the editor is aware of the biblical prohibition of medium consultations. But Google Judaism and mediumship and you’ll be surprised by the number of Jews, including rabbis, who have had their own experiences with spiritualism and recognise that the ability to communicate with the other side does exist.

Among these believers is Rabbi Rachel Gurevitz of the B’nai Shalom Congregation in Massachusetts, who wrote about the unexpected advice she received from a woman unknown to her, but whom she subsequently describes as a possible malach, which is Hebrew for ‘angel’.

Fittingly, there were angel wings on the wall behind Bev Mann when she appeared on Zoom for our talk about her book, Spirits, Scandal and Sparkly Shoes: Confessions of a Kosher Medium. The wings are not her own, but a pair she pur- chased at an antique show. “They must have come from the theatre at some point,” says Bev, who is sparkly like her book title suggests. “It was going to be called Confessions of a Jewish Medium, but my publisher advised against it, saying: ‘You know how people are.’”

Cinema has done little to assist the credibility of mediums, choosing instead to throw them into horror films as conduits of evil,
or present them as vulnerable children who “can see dead people, walking around like regular people”. 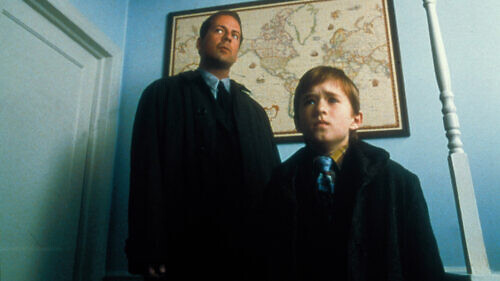 The Sixth Sense with Bruce Willis

But film-maker M Night Shyamalan’s The Sixth Sense (1999) did not shock Bev, who tells me that children, up until the age of seven, retain their link to the spirit world, and that she was five when she saw her first spirit while holidaying with her parents in Cliftonville.

The apparition – a jester – is the first memory in her book, which catalogues her night terrors as a child alongside more com-
forting appearances of people who would sit on her bed, such as the woman knitting – “who didn’t scare me”.

Non-believers will dismiss Bev’s childhood sightings as the product of an overactive imagination, and for some years she did, too. Then, in the late 90s, when she was married with children, an invitation to sit in a spiritual circle revealed her ability to see and hear things others could not.

“The woman running the group told us we needed to meditate, which I’m not very good at, but the others saw fountains and lights. The woman insisted I must’ve seen something, so I told her all I’d seen was a man in a paisley jacket sitting in the corner. The host was shocked. The man I could see was her husband, who had died six months earlier.” 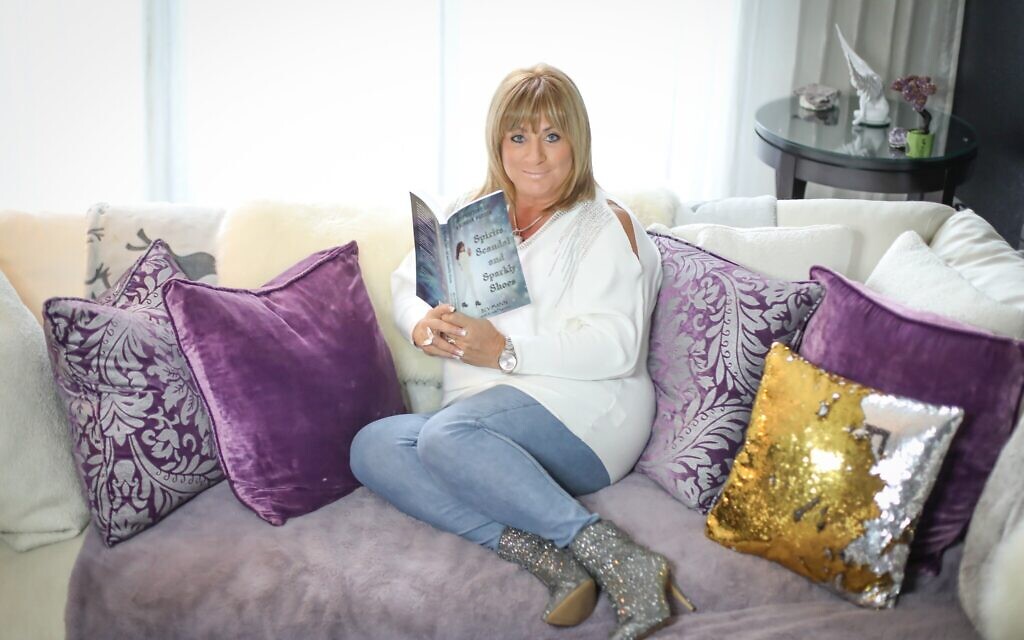 Bev returned the following week when the circle’s focus was on psychometry (discovering facts about a person by touching inanimate objects) and, after taking a ring randomly from items in a hat, she recited almost verbatim the eulogy given at the funeral of the host’s husband. It was his ring. “It kind of blew me away, as well as them,” says Bev. “But I didn’t know how to harness this gift then. Now I know that when you practice as a medium, the more you practice, the sharper your skills are going to be.”

Had my editor been present for this conversation, he would have challenged Bev’s claims, all of which are in her book, including the reading she had with a Jewish client that resulted in the appearance of five close relatives. Among them was the client’s late mother, who revealed that her son was spending too much money and had just ordered a car.“When I told her the number plate, her mouth fell open,” says Bev, who has numerous regular clients who value the solace each session brings.

Bev doesn’t see children, but for a parent who insisted that her unhappy 12-year-old daughter was troubled by faces she saw in suspended lights, she made an exception and the visit – with the child’s mother present– resulted in communication from her late grandmother. It is just such a story that would infuriate the editor, yet the child was trans- formed “as though a load had been taken off her shoulders”, she says.

As someone who keeps the tradition of Friday nights and who sent both her children to Immanuel College, Mill Hill-based Bev refused to renounce her faith in order to join the Spiritualists’ National Union, which trains healers and mediums.

“I admit that what I do is a gift of sorts, but I can also teach people to tap into their own spiritualism and I wanted to take exams so I could teach at the Arthur Findlay College in Essex, which is the world’s foremost college for psychic sciences. But the union told me I couldn’t be Jewish and be a member, because they consider spiritualism a religion.” Being a member of two faiths was not on the cards – Tarot or otherwise – and with sceptics doubting mediums’ abilities entirely, Bev’s book will for some (including the editor) be nothing more than a fantasy. 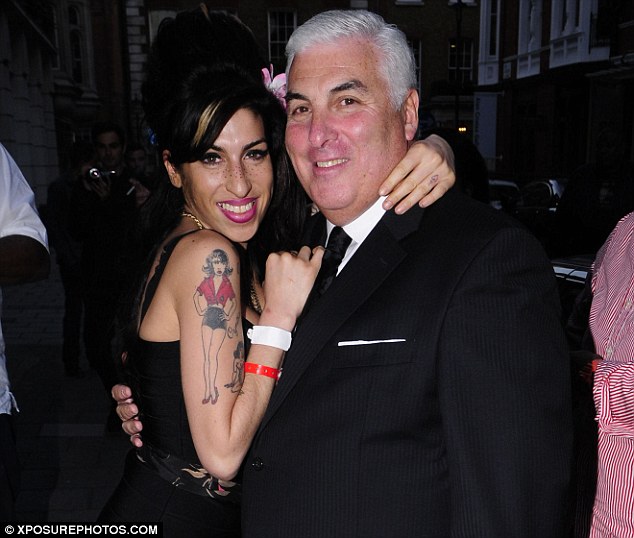 For Mitch Winehouse, however, her work is essential and he dismisses anyone who challenges the validity of the messages he has received from his daughter, singer Amy, who died 11 years ago.“I’ve seen a medium who didn’t even know who I was, but told me things only Amy and I knew,” he tells me. “The comfort this brings to so many is immeasurable. It should not be censored.”

I ask Bev what she requires from a client ahead of a reading, to legitimise the process and silence doubters. “It’s a myth that mediums check on who they’re reading for and Google them. I would never ever do that and require absolutely nothing,” she says. “If I know too much, I can’t read them. I have to have a clean palette. Knowing anything can cloud me.

“All I need is an open heart and mind because you have to be open to receiving it.”As a Jewish believer raised by believers who frequently saw evidence of their ability, Bev’s book is essential reading for me. I doubt my editor will ask to borrow it.

Spirits, Scandal and Sparkly Shoes: Confessions of a Kosher Medium by Bev Mann is available from Amazon £9.99