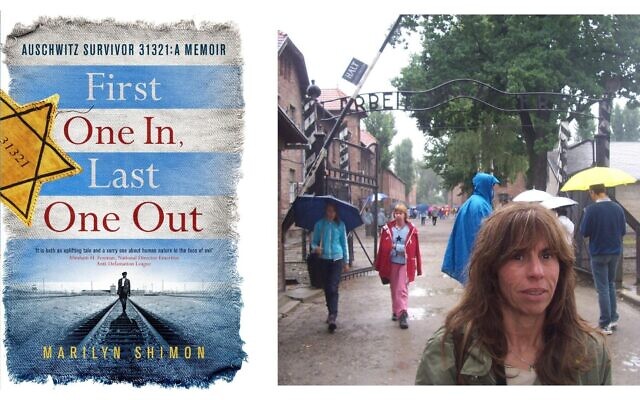 First One In, Last One Out by Marilyn Shimon, pictured on right, is published by Mirror Books (RRP £8.99)

The Auschwitz museum has cast doubt on the timeline of events described in a new Holocaust memoir about a survivor’s incarceration in Nazi prisons and concentration camps.

Marilyn Shimon’s book “First One In, Last One Out”, recently released by Mirror Books, claims the author’s Polish Jewish great uncle was among the first eight Jews to be imprisoned at Auschwitz.

Murray Scheinberg, who died in Los Angeles in 1996, was a survivor of KL Auschwitz, Auschwitz II–Birkenau, Sachsenhausen, Oranienburg and Dachau.

The book offers an account of his survival, describing an arrest in 1939, a journey to Auschwitz on the first mass transport from Tarnow in June 1940 and his escape from Dachau in 1945.

The book asserts that Scheinberg was initially registered as a Polish political prisoner and that he concealed his Jewish identity for a period but was no longer able to keep it hidden while being forced to undress for a communal shower.

According to the timeline published in the book, Scheinberg was transferred to Auschwitz II-Birkenau and registered as number 31321 in November 1943.

But Auschwitz Memorial said in a statement on Tuesday the number tattooed on his wrist suggests he was “registered as a Jewish prisoner in Auschwitz on 18 April 1942 and arrived in a transport of 461 men deported from Pawiak prison in Warsaw.”

“They received numbers between 30937 and 31397,” read a lengthy statement from the museum at the site of the former Nazi death camp.

The statement said that it was “unlikely” Scheinberg was deported to Auschwitz in June 1940.

“If Mr Scheinberg had been deported to Auschwitz on 14 June 1940 his camp number would have been between 31 and 758,” the memorial said.

“It is impossible that a prisoner from the first transport from June 1940 would receive a new number. Even if a prisoner was registered as a non-Jewish prisoner and then the SS would ‘discover’ his Jewish identity, the number would not be changed,” it added.

But the author, 66, a retired educator based in the United States, told Jewish News last month that she spent four years researching and writing the book.

“We must educate the youth,” she told this newspaper. “They must know what happened because if they don’t, it will happen again.”

“And most important, not being a bystander.”