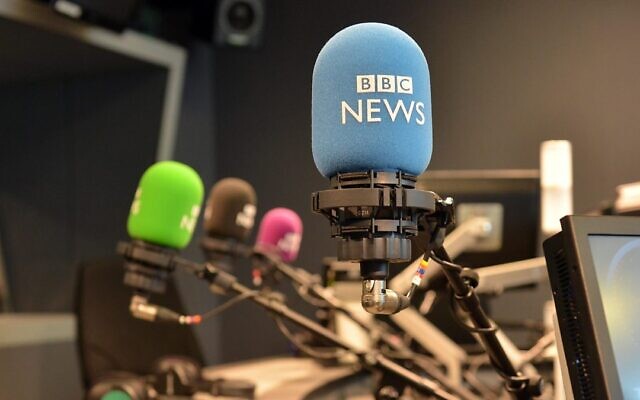 The BBC has postponed a planned discussion on whether anti-Zionism should become a “protected characteristic” after angry protests from the Board of Deputies about the “unacceptable” choice of speakers.

Jewish News has learned the producers of Radio 4’s Sunday programme had approached the Board last Friday and asked them to put forward a speaker to take part in the discussion.

It emerged that alongside invitingJewish Voice For Labour activist Diana Nelsen, the BBC had also asked the anti-Zionist blogger Robert Cohen, a former broadcast journalist at the corporation, to also take part in the programme.

In a tense conversation, a spokesperson for the Board subsequently explained to BBC producers that they considered the general topic of the discussion completely unacceptable.

Board President Marie van der Zyl then issued a statement saying the BBC’s intention to host a debate on whether anti-Zionism should be a “protected characteristic” was a “grotesque insult to the vast majority of Jews.”

She added: “Our community is not here to dance for your amusement.”

It is understood that BBC producers then decided to not to broadcast the discussion as planned on Sunday’s show following a meeting that took place late on Friday afternoon.

A statement sent to Jewish News later that evening said:”We are always exploring a range of possible topics but there’s no planned item about anti-Zionism on the Sunday programme.”

Relations between the Board and the BBC remained strained as a result of the communal orgainsation’s protestations over thereporting of the antisemitic attack on Jewish teenagers in Oxford Street last November.

On Sunday Cohen – active in groups such as Jews For Justice For Palestinians, JVL, and a frequent contributor to the Mondoweiss blog in the past -responded to the decision to cancel the programme by tweeting:”Needs pointing out that neither the Board of Deputies nor the ‘vast majority of Jews’ should determine what can or cannot be debated on the BBC when it comes to Zionism or Anti-Zionism.

“Zionism is an ideology not a copyrighted brand.”

The former Radio Five Live journalist added:”Surely, it’s a ‘grotesque insult’ to deny what Zionism has meant to millions of Palestinians by insisting that the BBC cannot even debate Anti-Zionism.

” It’s not an ‘insult’ to debate constitutional solutions to bring equality and security to all who call the Holy Land home.”

JVL accused the BBC of a cowardly climbdown in the face of “bullying and smears” by the Board over the involvement of Neslen in the Radio 4 programme.

Jewish News had reported on Neslen’s involvement in the programme on Friday.

She is under investigation by the Labour Party for the third time over claims of antisemitism.

She is threatening legal action against the party, claiming it has unlawfully discriminated against her based on her belief in anti-Zionism.

Social media posts under her name include a claim “Zionism is not Judaism. It is blasphemy.”

Neslen, who is Jewish herself, also wrote that “no Jewish MPs were ‘hounded out’” of Labour – a clear reference to the decision of Luciana Berger and Dame Louise Ellman to quit the party.

Neslen has denied posted the remarks.