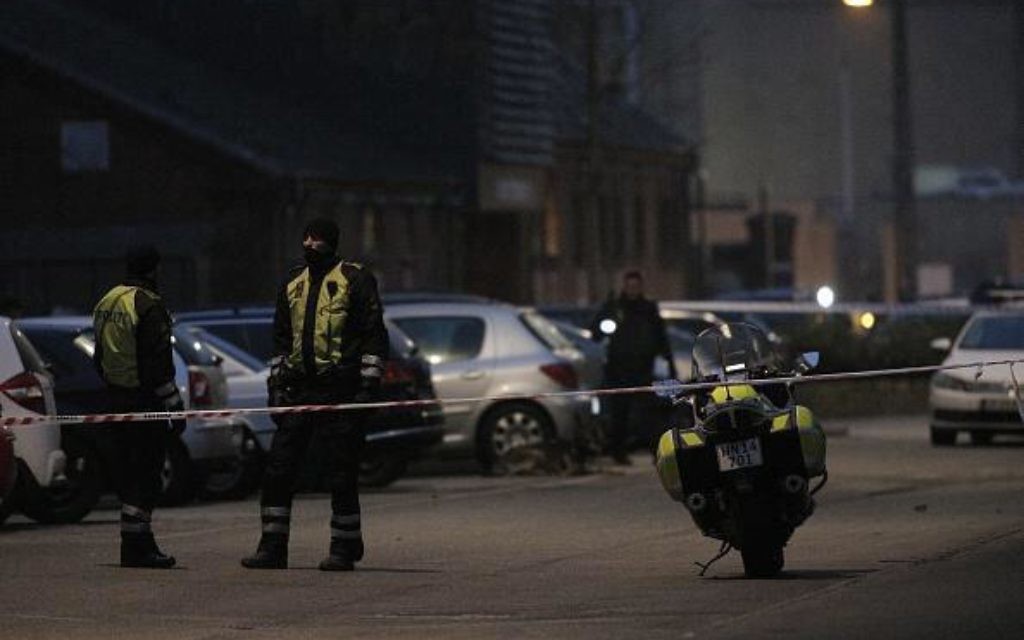 On 19 February I took part in a debate about the new anti-Semitism at the Central Synagogue in London. Here are my opening comments.

One thing has become very clear over the past six weeks, which is that lots of influential people don’t think anti-Semitism is a particularly bad thing.

Certainly, they see anti-Semitism as being less bad than Islamophobia. Attacks on Muslims make the opinion-forming set angry in a way that attacks on Jews just do not.

You could really see this around the terrible Chapel Hill shootings in America, when three Muslims were killed by a crazed atheist.

Very quickly the liberal Twittersphere and commentariat went into overdrive, demanding to know where were all the articles condemning this killing and highlighting the vulnerability of Muslims in the West.

Before long, there were so many articles about the lack of articles that there was no space left for articles about what had happened. The sympathy instinct had clearly been switched on in liberal observers, and of course in many others too.

In contrast, after the synagogue shooting in Copenhagen, and the kosher deli massacre in Paris, there was a palpable uncertainty. What should we say? How angry should we get? There was awkwardness far more than there was anger.

Or consider the desecration of 250 Jewish graves in France a few days ago. They were daubed with Nazi symbols. Where was the online solidarity? Where were the articles about the lack of articles? Where were the hashtags? There wasn’t much anger.

Again and again, influential people fail to condemn and confront anti-Semitism. For some reason, doing so makes them feel uncomfortable.

But it’s worse than that – some people who should know better actually lend legitimacy to anti-Semitic violence.

So the respected religious commentator Karen Armstrong said of the kosher supermarket shootings: “It was about Palestine… it had nothing to do with anti-Semitism.”

She echoed the BBC’s Tim Willcox, who said maybe the Jews of France brought the Paris massacre on themselves by treating Palestinians badly. All Jews must bear collective guilt for that, apparently. Of course they’re going to get shot – what do they expect?

Then there was the recent court case in Germany at which a judge described the firebombing of a synagogue during the Gaza conflict last year as a political act born of anger with Israel. And this week we hear that officials in Preston blamed anti-Semitism on Israel. So anti-Semitism is political, it has a strain of justice in it, it can be a radical act.

Why is there this thirst for stories about Muslim victimhood alongside this view of anti-Semitism as not a big problem or, worse, as something political? And what is the impact of this extraordinary double standard towards prejudicial acts in modern Europe?

I think the reason the liberal elites are so obsessed with Islamophobia is because they have turned Muslims into their pet victims.

They actively trawl for evidence of Islamophobia, everywhere from the press to the school playground, because the more they can pack out this myth of widespread hatred of Muslims the more they can maintain some of their own prejudices.

It is through the fear of Islamophobia that they can express their distance from, and their disdain for, the masses, who are apparently stupid and ignorant and racist, and for populist right-wing parties. And they also use the spectre of Islamophobia to silence dissent on multiculturalism and to stifle the discussion about values more broadly. Any judgement of Islam is now treated as a phobia that must be shushed; any suggestion that some values are better than others is branded phobic and said to be possibly underpinned by a sense of racist superiority.

So, many people have a vested interest in maintaining the myth of Islamophobia. They go trawling for examples of it; they need these examples to fortify their outlook and their ideology. And in a complete flip reversal of this, if you want to find out about acts of anti-Semitism in Europe, often youhave to do the trawling – certainly a big deal won’t be made by the media or campaigners because anti-Semitism doesn’t fit into their Muslim-pitying, multiculturalism-promoting narrative. It’s more awkward, it confuses them. It’s not useful to talk about it.

And what is the impact of these double standards? I think it creates the space for more anti-Semitism.

When the media and cultural elites fail to confront anti-Semitism, and even apologise for it through hinting that it’s just strange political activism, they actually give a green light to anti-Semites.

I think this is actually the key problem with the new anti-Semitism in Europe: our own societies’ acquiescence to anti-Semitism, which sends the message that attacking Jews isn’t that bad and might actually be understandable.

What is to be done about the new anti-Semitism? I don’t want to tell Jewish people how to conduct their affairs. But I do want to suggest that the current victim narrative being promoted, the idea that all of Europe is unsafe for Jews, is not very helpful.

I think Netanyahu’s interventions have been especially unhelpful. His appeal to Jews in scary Europe to come to Israel contributes to a climate of fear. And actually this can also be a boon to the anti-Semites, because it gives them the impression that the Jews are on the defensive, that they are weak, and that the anti-Semites are winning. So anti-Semites get legitimacy from apologist observers who are incapable of convincingly condemning anti-Semitic violence and they get a sense of power from some campaign groups and Israeli leaders who say all Jews are screwed and things are worse than ever.

The fact is that for all the ugly anti-Semitic acts that we must confront, Europe remains largely safe for Jews. The anti-Semites haven’t won. But the narrative of fear and Netanyahu and others risk giving them the idea that they have, through depicting Jews as fragile and in need of rescue.

I was quite disturbed to read that Dan Uzan, the 37-year-old Jewish guard killed outside the synagogue in Copenhagen, had been asking for younger people to take over his role.

Where are the younger Jews? That’s what I think we need: young Jews to train up, work out, and fight back, alongside other communities, of course, that are willing to offer them solidarity. I think we need both more confrontation of anti-Semitism by society but also less scaremongering about anti-Semitism by campaign groups and Israeli leaders, and we also need some big, visible Jewish muscle to show that the anti-Semites aren’t winning and that Jews have a long and fruitful future in Europe.