The chair of the Board of Deputies’ Commission on Racial Inclusivity in the Jewish Community has responded to critics, including the senior rabbi of the Sephardi community, who claim Sephardi, Mizrachi and Yemenite Jews should not be included in his inquiry.

Stephen Bush’s reaction came as Jews of Sephardi, Mizrachi and Yemenite descent warmly backed the decision to include their experiences of prejudice within the Jewish community in the investigation, which is due to deliver its findings early next year. 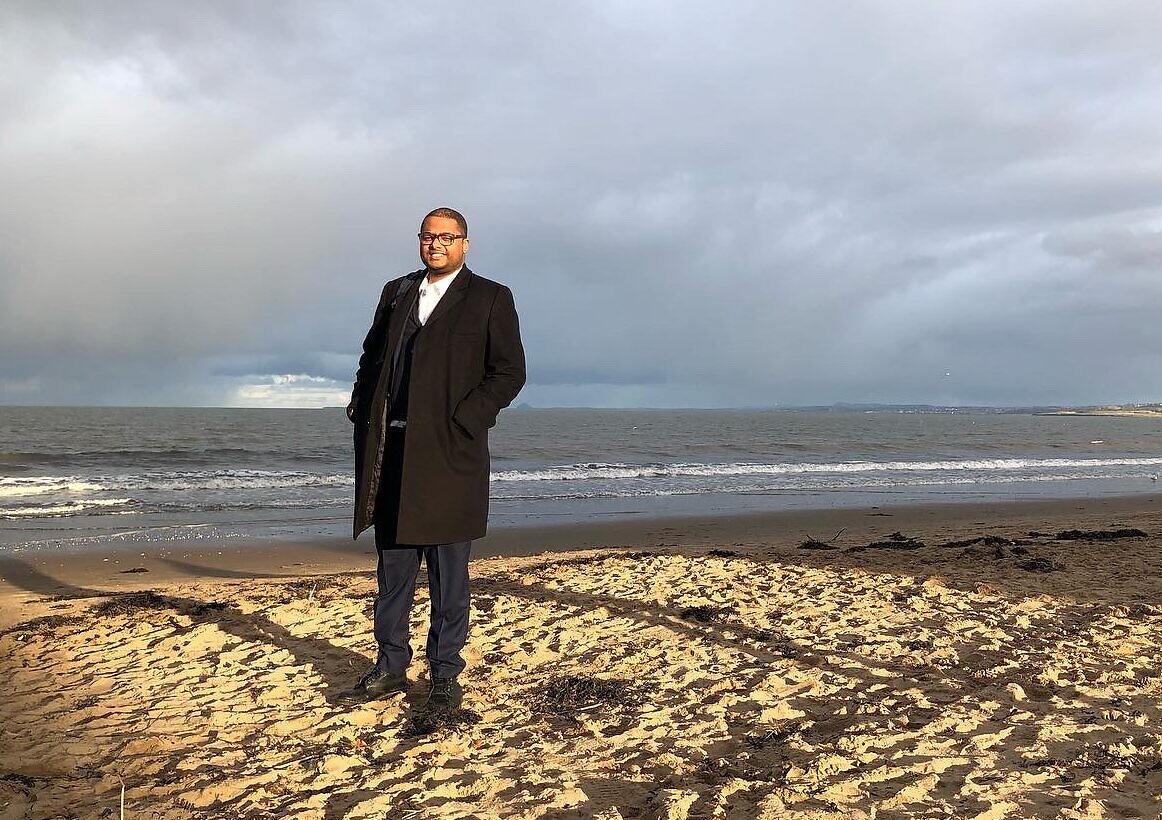 Stephen Bush, political editor of the New Statesman, chairs the Board of Deputies’ Commission on Racial Inclusivity.

He added: “Over the course of this process, we have received countless bits of written and oral testimony from British Jews who are black, Mizrachi or both. I do not believe, frankly, that being told by a security guard that you are ‘not Jewish’ is any less an unhappy experience when it happens to a Mizrachi Jew. I will continue to be led by the evidence and am grateful to our witnesses and participants for their bravery and honesty.”

Echoing Bush’s view, Edwin Shuker, vice-president of the Board of Deputies, said:“We’re proud that the commission responded to the call of many Mizrachi, Sephardi and Yemenite Jews – including myself – to be included in its scope. The testimonies have revealed decades-long experiences that our community has not tackled nor addressed for too long. Stephen is handling each issue with the utmost sensitivity and confidentiality, and giving these experiences of Mizrachi, Sephardi and Yemenite Jews – alongside those of black Jews and Jews of colour – a much needed platform. We look forward to the findings to begin the process of redress and healing.” 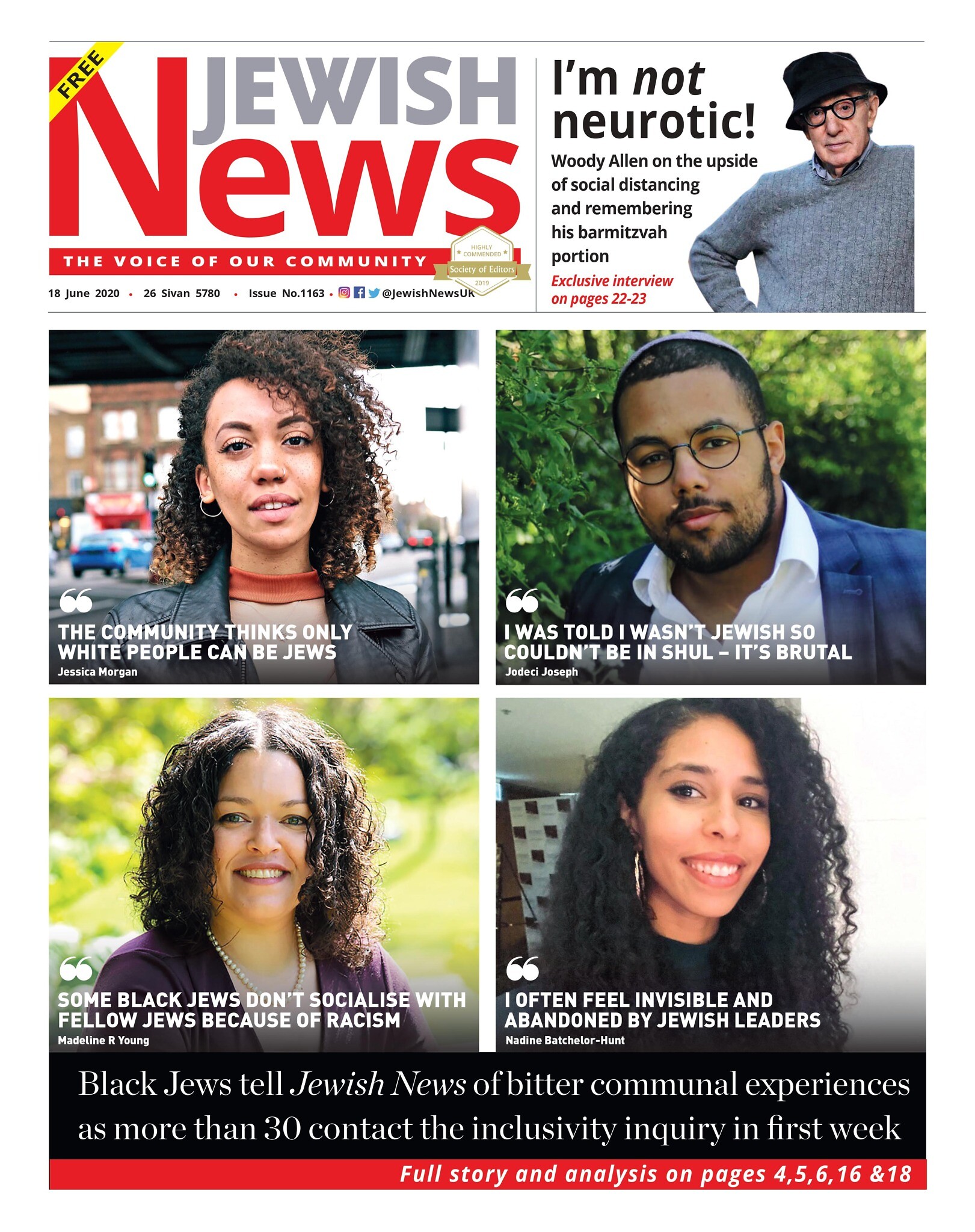 A Jewish News front page exploring the experiences of black Jews in the community.

After taking evidence since June, the commission – established in the wake of the killing of unarmed black man George Floyd by an policeman in Minneapolis – is now taking opinions from leaders of Jewish organisations, including Jewish News, with a series of recommendations and a timeline for their implementation to be announced in early 2021.

Further Mizrachi, Sephardi and Yemenite Jews were also keen to endorse the commission’s wider parameters. Daisy Abboudi, founder of Tales Of Jewish Sudan, said:“As a Middle Eastern Jew who was born in the UK, I have frequently experienced a distinct lack of education among many mainstream Jewish institutions and organisations. An overwhelmingly Ashkenazi-centric approach to Judaism often left me feeling marginalised and disenfranchised.

“Middle Eastern Jews like my grandparents first began arriving in the UK over 70 years ago and yet our culture is still perceived, more often than not, as either exotic, quaint, or crude. I see this commission as a very important development in challenging these racial, biases. I am glad that the commission has chosen to consult a broad range of voices.”

Iranian Jew Elliott Jebreel said:“Growing up in the UK less than 10 years after my parents left Iran has not always been easy, even in the Jewish community. Jewish schooling was devoid of our history and traditions. I still don’t see our experience reflected as part of the wider UK Jewish community. I hope through my engagement with the commission we can continue to move things in the right direction.” 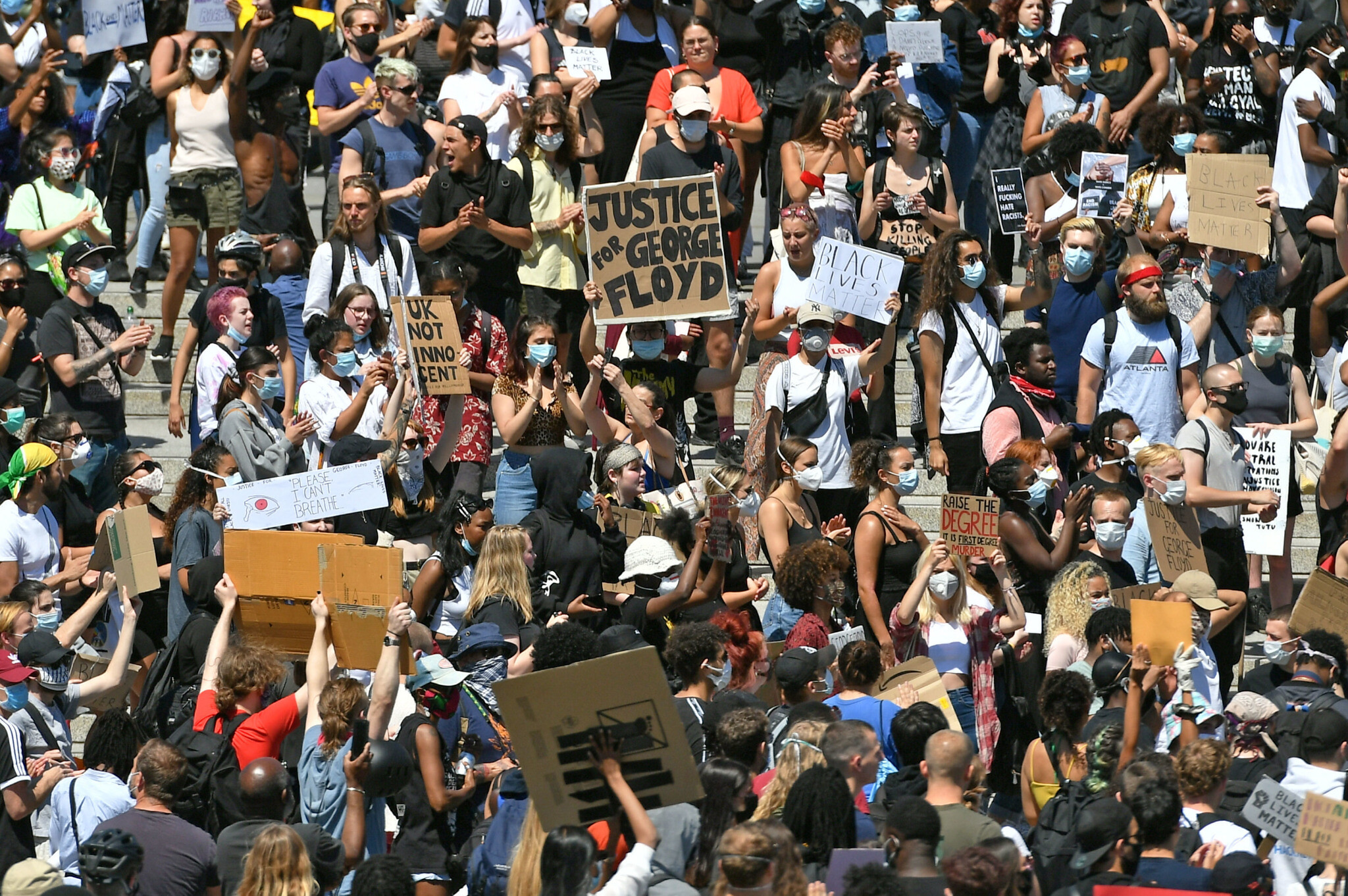 A spokesperson for Sephardi Voices UK said: “We welcome any action taken by the Board to make British Jewry more inclusive. We understand that the experiences of the multitude of communities that the commission encompasses are not directly comparable, but also recognise threads of commonality in the experiences of individuals from these communities.”

Meanwhile, leading black Jewish voices also welcomed the Board’s wider frame of reference. Jodeci Joseph, whose father is Nigerian and whose Jewish mother is from Hackney, said: “It’s brilliant that the commission is engaging with Mizrachi and Sephardi voices, alongside those of black and Ashkenazi Jews such as myself. Of course some of our experiences are different. But Stephen and the Board should be praised for drawing on such a wide pool of witnesses and putting some really difficult questions to institutions in the Jewish community.”

Chloë Sommer, a mixed-race black Ashkenazi Jew, said: “The commission deals with racial prejudice and cultural discrimination which Sephardim and Mizrachim also face within the Jewish community. When discussing these issues, black Jews, non-black Jews of colour, Mizrachi and Sephardi Jews gather in separate meetings as there must be a focus on the different cultural practices each group has and individual racism they experience.”

Popular Mizrachi musician Daniel Jonas and Yemenite writer Leeor Ohayon, who was initially critical of the commission, have also backed its wider remit.