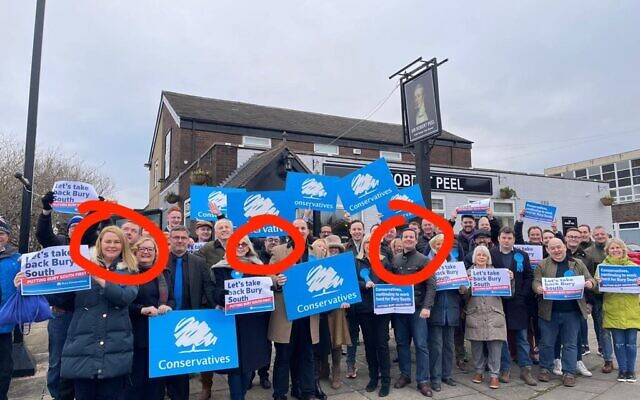 Tories who have apologised for antisemitism allegations. Left to right Maisey, Concerta, Green

Labour MP Charlotte Nichols has praised Tory Party defector Christian Wakeford as a “staunch ally of the Jewish community” after reacting angrily to a protest staged by local Conservatives against him.

On Saturday, a group of Conservatives was photographed in Wakeford’s seat holding placards reading “Let’s take back Bury South.”

Wakeford had defected to Labour last Wednesday in a boost to Sir Keir Starmer’s party – and had highlighted the leader’s record on tackling antisemitism as being amongst the reasons he left Boris Johnson’s party.

Nichols reacted angrily after noticing that amongst the Tory activists attending the weekend’s campaign event was Wendy Maisey, chair of the Warrington Conservative Association, who had apologised over social media posts uncovered last year in which she had questioned the MP’s Jewish faith.

In messages that came to light last February, Maisey wrote:”We always said she’ll pull out a disability at an appropriate time to go with Jewish ginger LGBT.”

Nichols, who converted to Reform Judaism in 2014 and who identifies as LGBT, said at the time she was “absolutely appalled” that Maisey was able to stand for election.

The Tory Party co-chair at the time, Amanda Milling said there would be an investigation into the leaked messages – and also one into claims that Maisey had allowed other activists who had expressed far-right views to stand.

Nicolls told Jewish News:”Christian Wakeford has long been a staunch ally of the Jewish community in his time in Parliament, with one of the largest constituencies in the country.

“Having made the principled decision to join Labour, it is very telling that his Conservative former colleagues shipped over the Chair of Warrington Conservative Association- who has never been formally sanctioned by the party for her orchestration of antisemitic and homophobic towards myself, or for presiding over the selections of at least two council candidates who had to be removed from the party for their Nazi and far right views last year- in their bid to try to replace him.

“I look forward to continuing to work with Christian on issues affecting our respective communities, and standing against antisemitism wherever it comes from.” 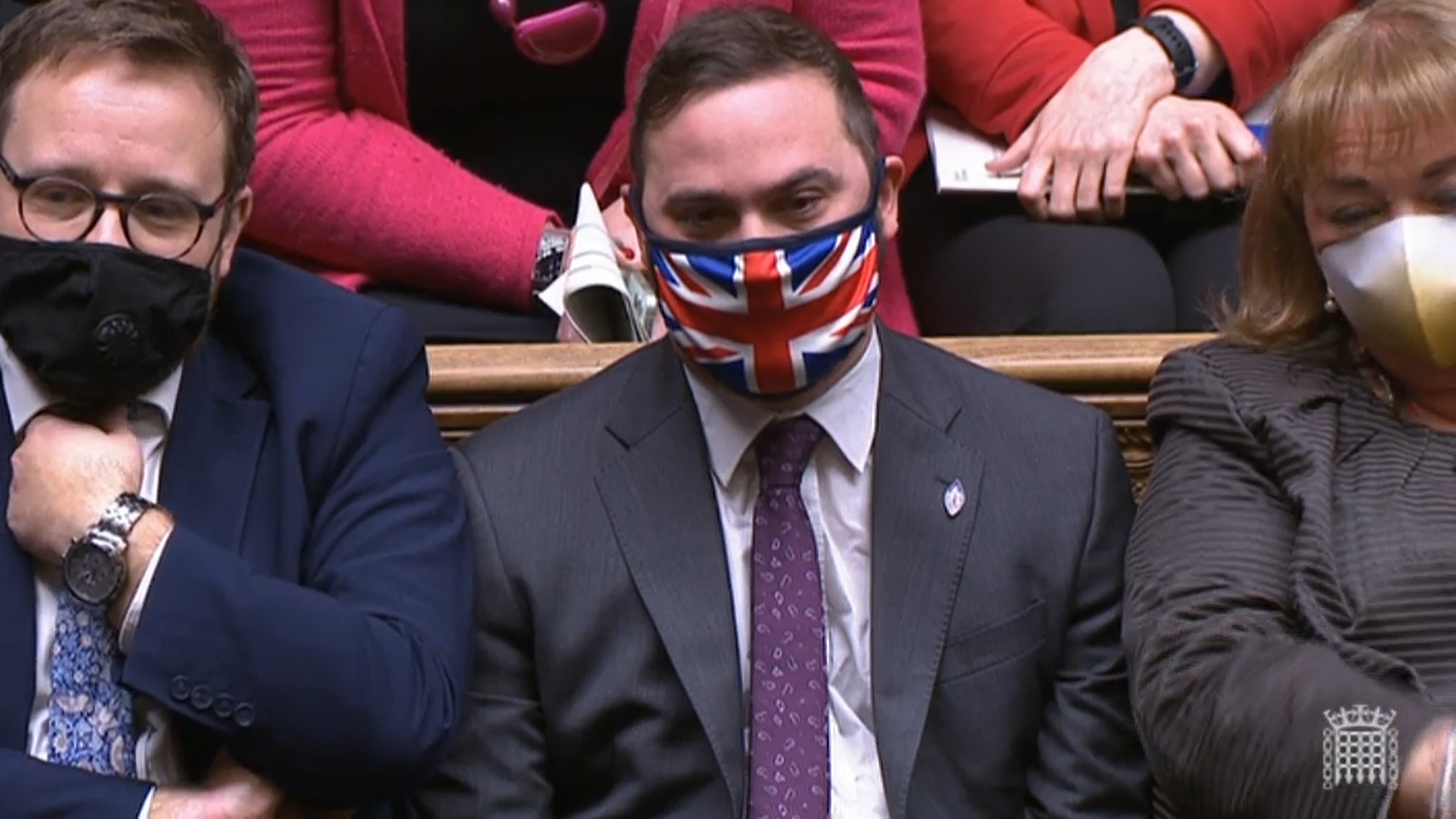 It emerged on Monday that Maisey was one of THREE Conservatives to attend Saturday’s anti-Wakeford protest who had apologised for allegations involving antisemitism claims.

She was joined at the Bury South campaigning event by Councillor Robert Caserta.

He was suspended over “antisemitic comments” made lastMarch after allegedly suggesting it could be difficult to speak to residents in the Sedgley Park area of Prestwich unless “you’re able to speak Hebrew.”

Caserta was later allowed to rejoin the party despite being found guilty of having made comments that were “atbest inappropriate and deeply offensive and at worst could be construed as antisemitic.”

Bury South MP Wakeford had himself raised concerns about the decision to allow Caserta back into the Tory Party earlier this year, as had Board of Deputies President Marie van der Zyl. Also on Saturday’s campaign day in the seat was Chris Green, the MP for Bolton. Last July he issued an apology after retweeting a video ofa poem referencing “Rothschilds” and “New World Order.”

Bury Labour Councillor Nathan Boroda, who is Jewish, and who sits on the Board of Deputies, was amongst those to reacted angrily to images of Green, Caserta and Maisey taking part in the anti-Wakeford stunt.

He said they had been amongst those “who had piled into Unsworth on Saturday out of spite because they lost one of their MPs.”

Boroda added “residents can spot chancers when they see them.”