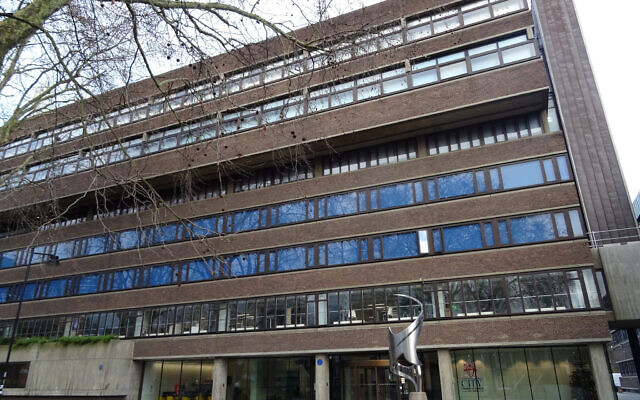 Students at City University have voted to reject the International Holocaust Remembrance Alliance (IHRA) definition of antisemitism in a campus-wide referendum.

Some 671 students voted to reject the definition on Friday compared to 260 opposed, despite campaigns from Jewish groups for universities to adopt the IHRA definition.

A visiting Jewish academic at the university told Jewish News he believed the motion would lead to a “hostile environment” for Jewish staff and students.

“I feel it’s creating a hostile environment for Jewish students and staff at the university,” said the academic, who didn’t wish to be named. “It’s an insult not to adopt it.”

But the staff union at the university, the UCU, earlier this month urged the university to reject the definition, citing free speech concerns.

“We believe that the IHRA working definition, especially several of its ‘illustrative examples’ are deeply flawed and not fit for purpose,” said the branch in a letter.

The motion, “Should the University reject the IHRA Definition of antisemitism?” was carried in favour on Friday.

The student body will now urge the university to reject the definition in its consultation.

“The Union would like to thank campaigners and students from across the University who engaged in this referendum, particularly given the strength of views and lived experiences on both sides of the argument,” said the students’ union in a statement on its website.

“We are committed to working with all students affected by this referendum to ensure the services of the Union are inclusive to all students.”

The education secretary, Gavin Williamson, has previously warned of funding cuts to universities which see antisemitic incidents on campus and refuse to adopt the IHRA definition.