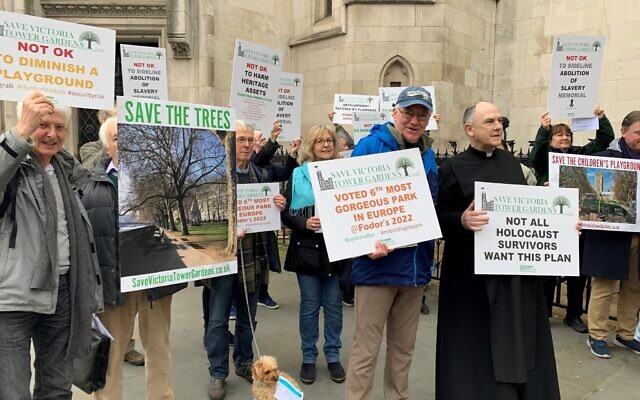 Protesters outside the Royal Courts of Justice in central London ahead of a hearing regarding the UK Holocaust Memorial. The London Historic Parks and Gardens Trust is opposed to a new UK Holocaust Memorial and Learning Centre being built in Victoria Tower Gardens, a small triangular Grade II-listed park next to Westminster Abbey and the Palace of Westminster. Issue date: Tuesday February 22, 2022.

More than a dozen campaigners appeared outside the High Court, ahead of a legal challenge against plans to build a national Holocaust memorial next to the Houses of Parliament.

Demonstrators held placards saying it was the “right idea in the wrong place” and “not all Holocaust survivors want this plan”.

The challenge to the £100m proposal, which has broad support from across the Jewish community and from all major political parties, is being brought by the London Historic Parks and Gardens Trust.

This comes after the government approved a new UK Holocaust Memorial and Learning Centre in Victoria Tower Gardens, a small triangular Grade II-listed park next to Westminster Abbey and the Palace of Westminster.

The Trust is bringing a challenge over planning permission for the park site, arguing that the decision-making process was flawed.

Its case is focused on the impact the development may have on the heritage setting and the evaluation of alternative sites.

The trust previously said it is not opposed to the construction of a memorial and centre, but challenged Victoria Tower Gardens as a location.

Its High Court case against the Government is due to begin before Mrs Justice Thornton on Tuesday. Planning permission for the memorial was granted last July by then-planning minister Chris Pincher following a public inquiry. 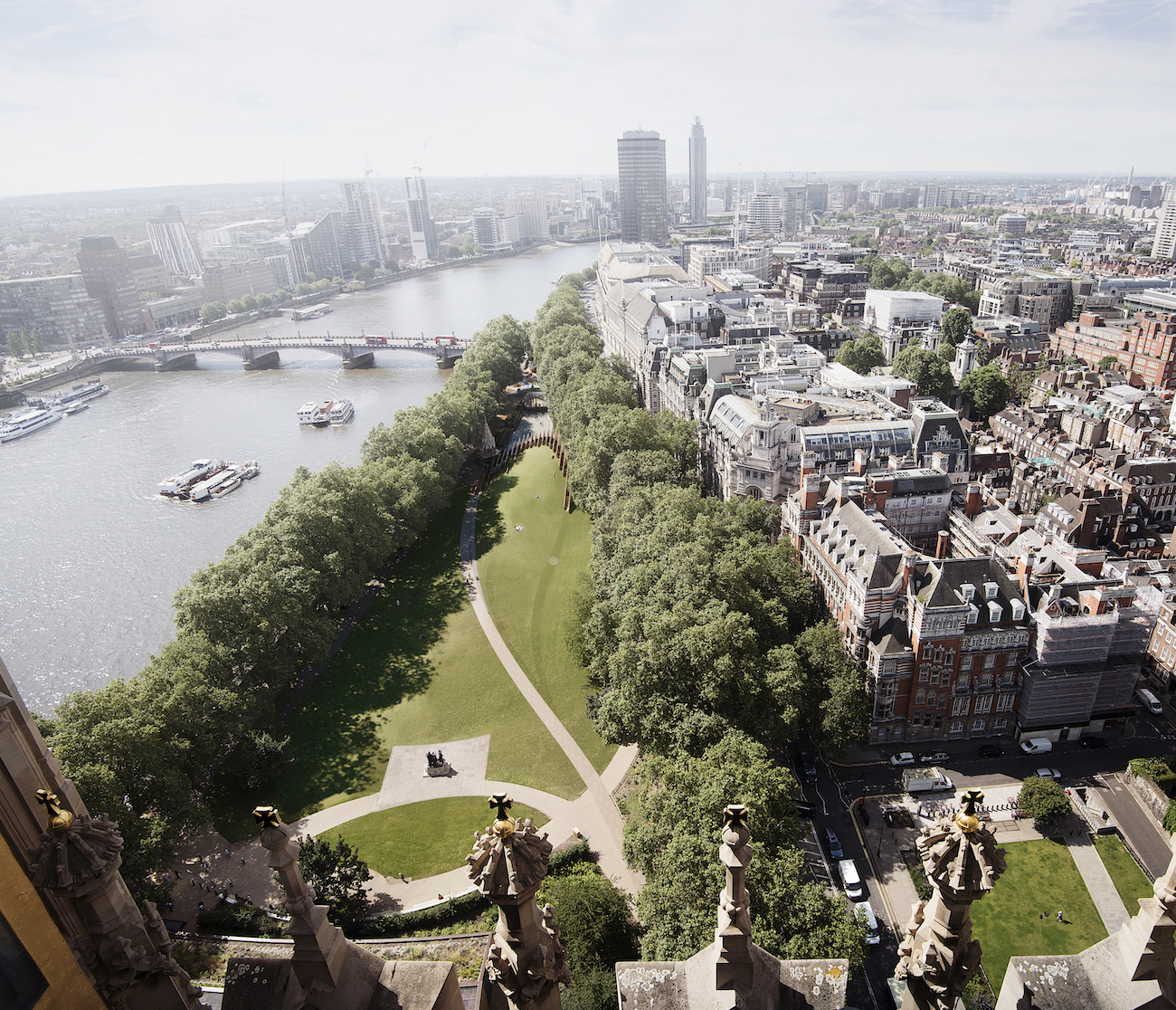 Planning inspector David Morgan previously concluded that the centre, which will mark the atrocities committed by the Nazis against Jews and other minorities during the Second World War, should be built in the park after finding that alternative locations were not suitable.

It came after the Government “called in” the decision over the memorial proposal in November 2019 rather than have it determined by the local authority – Westminster City Council.

The council is among a number of high-profile organisations and individuals to have objected to the chosen site, including former Archbishop of Canterbury Rowan Williams.

Lord Williams and Holocaust survivor Anita Lasker-Wallfisch were among 19 people to put their name to a letter in The Times on Thursday questioning the location. They said that, as well as flooding concerns, there were issues around the “crowded and security-sensitive nature of the area”. 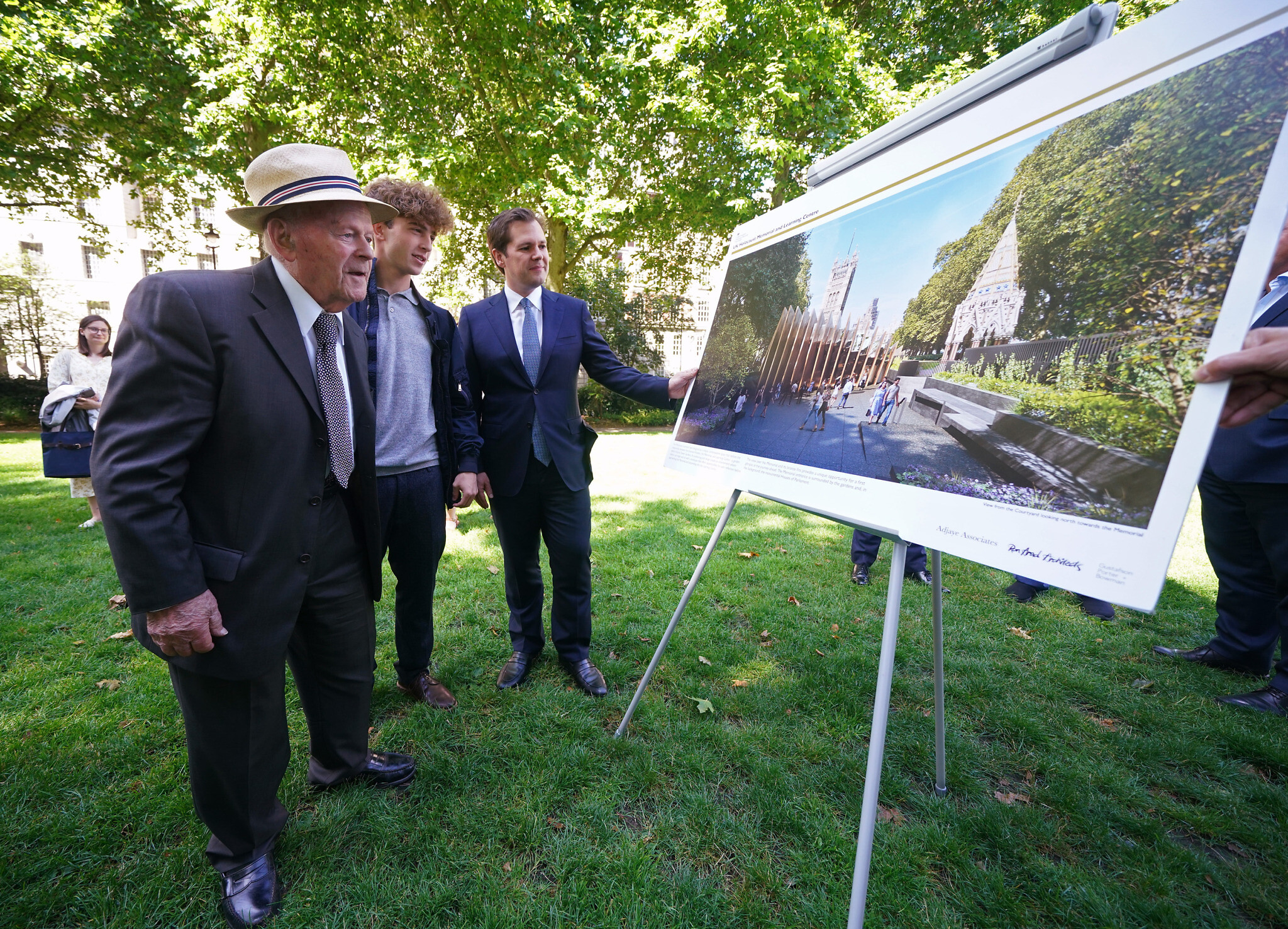 Campaigners opposed to the memorial’s proposed park location have previously argued that it is the “right idea in the wrong place”, and have called for the green space to be protected.

The memorial, due to open in 2024, is intended to be the focal point for national remembrance of the six million Jewish men, women and children murdered in the Holocaust and all other victims of Nazi persecution, along with providing a place for reflection on “subsequent genocides”.

The Government has committed to it being free “in perpetuity” when it opens, with plans being unveils for the site last year, attended by Holocaust survivor Sir Ben Helfgott, and former minister Robert Jenrick.

Some £75 million of public money has already been put towards construction costs, which is due to be supplemented by £25 million from charitable donations.