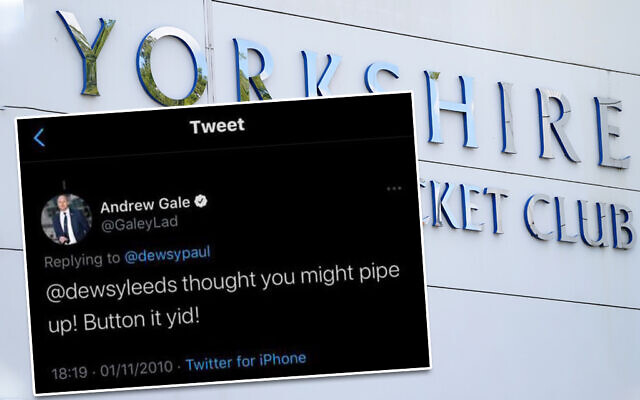 The racism crisis engulfing Yorkshire Cricket Club deepened today after it was revealed the club’s head coach called the former head of media at Leeds United a “Yid”.

Jewish News can reveal the antisemitic hate slur was tweeted in November  2010 by then club captain and now current coach, Andrew Gale, to Paul Dews, who was head of media at Leeds United Football Club at the time.

In reply to an unseen tweet from Dews, now head of communications at Middlesbrough Football Club, Gale wrote: “Thought you might pipe up! Button it yid!”.

Gale told Jewish News he was “completely unaware” of the offensive nature of the term at the time he sent the message, which was deleted soon after it was posted. He said: “This post is part of a conversational thread between Paul Dews and myself. Paul worked for Leeds United Football Club at the time and I am an avid Huddersfield Town fan. The reference is to a chant that was prevalent at the time in relation to Leeds fans.

“Within a few minutes of the post, Paul called me and explained the meaning of the word and that it was offensive to Jews. I was completely unaware of this meaning and removed the post immediately. You must have been sent a screenshot of the post that someone took at the time and waited 11 years to release. I would never have used the word had I been aware of its offensive meaning and I have never used it since.”

Yorkshire Cricket Club’s chief executive Mark Arthur told Jewish News: “This kind of behaviour would be completely unacceptable to the club. Now we are aware of it it goes without saying that we will investigate the allegation thoroughly.” 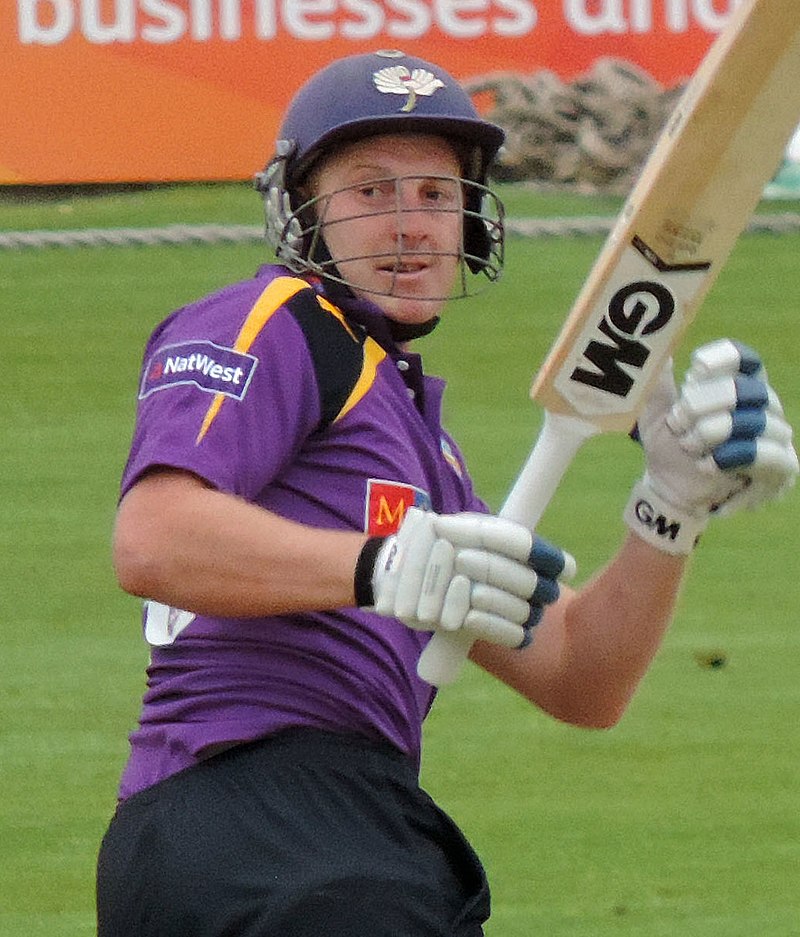 Gale batting for Yorkshire in 2014.

The England and Wales Cricket Board told Jewish News: “We strongly condemn any form of discrimination and have procedures in place to address conduct which is alleged to be of this nature. We will investigate as part of our disciplinary process.”

This latest revelation comes on the day Yorkshire chairman Roger Hutton resigned with immediate effect over the club’s handling of the Azeem Rafiq case. An investigation found Rafiq was a victim of “racial harassment and bullying” – including being called a “P***” by teammate Gary Ballance. However, the club failed to take disciplinary action and dismissed the word “P***” as banter among teammates. The England & Wales Cricket Board said it was “clear” Yorkshire’s handling of the issue was “wholly unacceptable” and caused “serious damage to the reputation of the game”.

The club’s Headingley stadium has been suspended from hosting England matches and key sponsors have cancelled contracts.

Speaking about the Gale tweet, Leeds North West MP Alex Sobel, who is Jewish and has Yorkshire’s home ground, in his constituency, told Jewish News: “As someone who has experienced offensive racist language like this, I certainly do not consider it banter. This is yet another example of casual racism coming from  a trusted member within our cricket club. The picture is getting clearer by the day of a serious cultural problem not just at the club, but in cricket more widely. We need root and branch reform in the game.”

Leeds North East MP Fabian Hamilton, who is also Jewish, told Jewish News: “Language like this is not only problematic but antisemitic and could point to a wider problem of racism at Yorkshire. Sports men and women are role models for so many people so, if this comment is verified, Andrew Gale must do the right thing and apologise immediately.”

Board of Deputies Vice President Amanda Bowman said: “This further revelation that an official at Yorkshire CCC also used racist language about Jews reinforces the fact that the club needs to seriously reconsider its culture and values.”

Paul Dews told Jewish News he did not wish to comment.