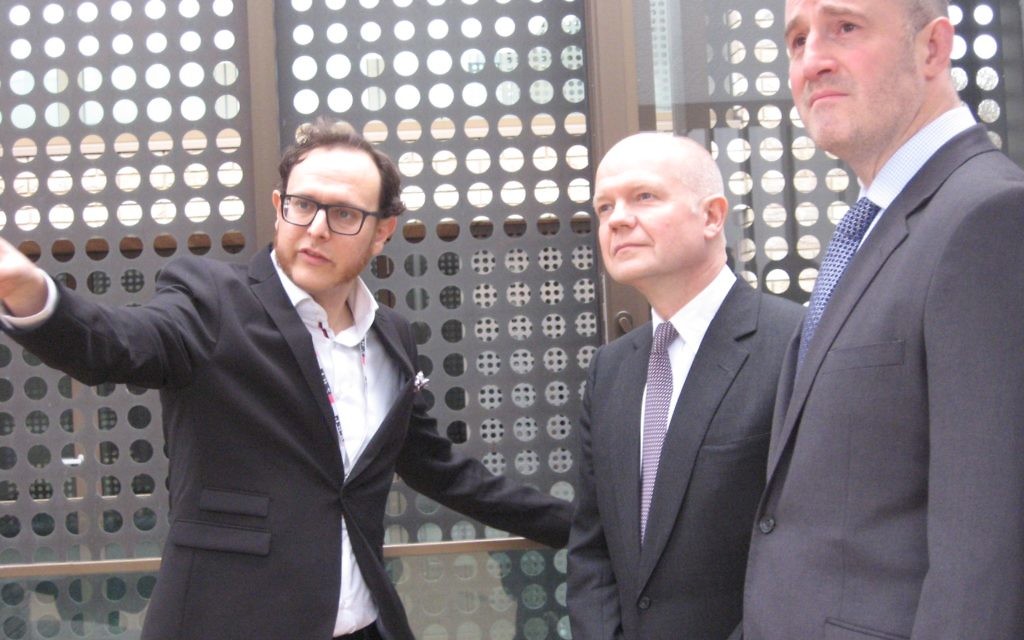 William Hague has reassured the Jewish community that the government will work hard to “keep everybody safe” amid heightened tensions over anti-Semitism in the wake of the Paris terror attacks, writes Justin Cohen.

The Leader of the House of Commons, on a visit to JW3 on Finchley Road, said: “We in the government and security services will work hard to keep everybody safe but that requires the participation of all communities, to give a strong lead and show that terrorism is the wrong way.”

Community members “definitely” don’t need to move, he added. The former foreign secretary was quizzed as more French Jews were considering their future in the country and after Benjamin Netanyahu announced moves to make it easier for French and other European Jews to make aliyah amid rising anti-Semitism.

Hague said the unity marches across France showed “hate can be defeated. There is a real will among the population of this country, the people of France and many other European countries to defeat the mindless murderers of innocent people.”

As he toured the centre’s facilities alongside local Tory parliamentary candidate Simon Marcus, he insisted it was “very sad” that such institutions have to spend more on security than non-Jewish equivalents.

On Lib Dem David Ward – who tweeted “je suis Palestinian” and said Netanyahu’s presence at the Paris rally against terror made him “feel sick” – Hague said he finds the MP’s views “distasteful”.

He added: “It’s up to the Liberal Democrats what to do about their internal issues. I deplore any idea it was wrong for Netanyahu to be there. This was nations showing solidarity with each other, many of whom have had their people be victims as terrorism.”

Hague meeting members of the community.

Turning to the upcoming General Election, Hague suggested “people who vote UKIP are really opting out of that choice of who is going to be the Government. If Conservatives vote UKIP they could bring about the very thing they don’t want – a Labour government”.

The veteran politician, who also visited Mathilda Marks School, hailed JW3 as “impressive” and “exciting”, adding: “The way JW3 brings together different parts of the Jewish community but also people from all parts of the local community is tremendous. I applaud the vision behind this centre”.