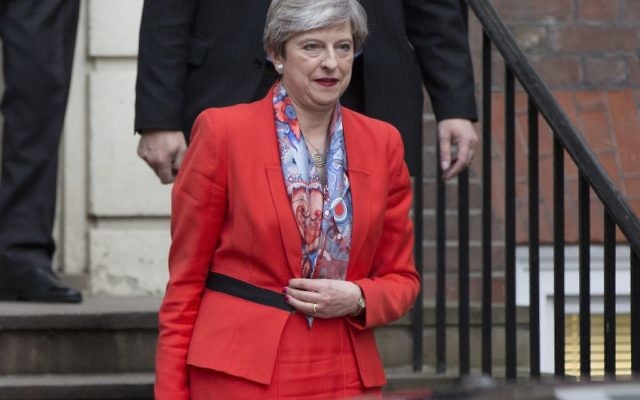 Hundreds of people crowded into Hampstead Garden Suburb Synagogue on Sunday for a concert tribute to Theresa May.

The former prime minister herself stayed away, however, saying it would be unfair to appear during the election campaign.

Both the United Synagogue and the Jewish Leadership Council — led respectively by brothers Michael and Jonathan Goldstein — said they were “very proud” that the community was paying tribute to May and her “positive relations with the Jewish community”.

He has just become the first strictly Orthodox singer to be signed to a major record label, Decca Gold.

Among the array of musical offerings was the Rinah Ensemble and orchestra, conducted by Eliot Alderman. At the concert, Israel’s ambassador to the UK, Mark Regev, paid tribute to his predecessor, Daniel Taub, who was present, and thanked him for the help he had provided in the transition of the post.

Chief Rabbi Ephraim Mirvis, with whom May had dined on the eve of taking up office in Downing Street, said: “Future events, particularly in the next month, will determine the well-being of Jews and Judaism in Great Britain.”

Regev thanked the chief rabbi for “his spiritual leadership in uneasy and uncertain times”.

Other guests included Mike Freer, the Conservative candidate for Finchley and Golders Green.