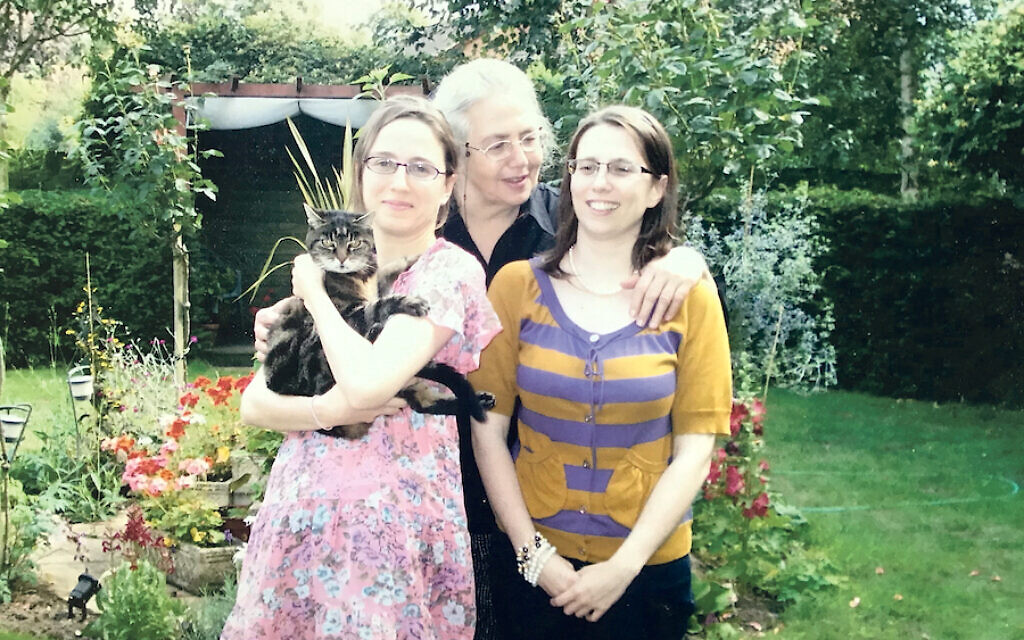 Sometimes people get upset because they have broken a glass or a plate – but they have no idea what it looks like in one night to lose everything you have ever worked for.”

Yet nearly 30 years on since the outbreak of the Bosnian War, Svjetlana Marijanovic has neither forgotten that feeling of loss or the memory of seeing her life turned upside down.

She and her two young daughters were among the more than 140 families evacuated by the Central British Fund for German Jewry (CBF, and later World Jewish Relief) and brought over to the UK in 1994 when life as they knew it in the Bosnian capital of Sarajevo ceased to exist.

Just a few years earlier, her home country was thrown into turmoil following the fall of communism in Europe. When in 1991, Bosnia and Herzegovina joined several republics of the former Yugoslavia
and declared independence, an ugly civil war was triggered that would last until 1995.

An estimated 100,000 people lost their lives during the war, while more than 2.2 million were displaced, making it the most devastating conflict in Europe since the Second World War.

Amid it all was Svjetlana, who not only recalls witnessing those terrible times, but also growing up as part of Sarajevo’s modestly sized Jewish community.

The 72-year-old, who is a tenant at Jewish Care’s Wohl Court retirement living apartments in Hendon, recollects how she “had a very happy childhood in a stable and loving family and even more wonderful teenage years”.

Growing up in a communist country, she was not fully aware of her Jewish identity, but “knew that my grandparents were different” and overheard them talking in Ladino whey they wanted to speak privately. 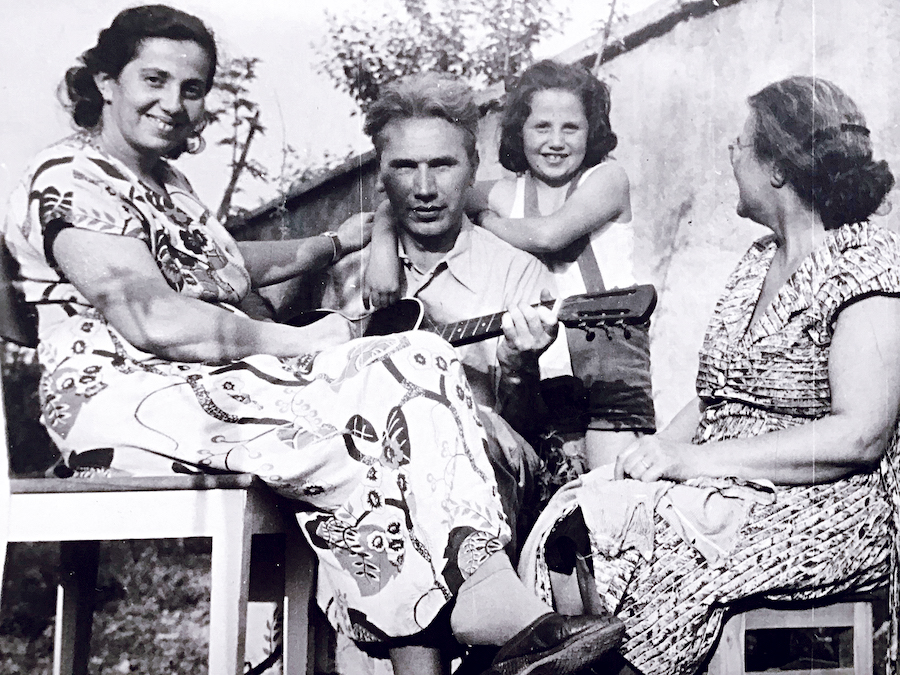 Svjetlana with her parents and grandmother in 1957

“My grandfather Salomon always had his head covered. Not exactly with a kippa, but some kind of hat. My grandmother would get matzos from the Jewish community during Pesach and all her non-Jewish neighbours would beg her for a piece to try. They would talk about the New Year in the middle of the summer heat, while for me this time of year is associated with bitterly cold weather and the town covered by snow. There was also a menorah in their house, the kind of candlestick I never saw in my friend’s houses.

“By the time I was in secondary school I knew I was Jewish, yet it didn’t mean anything.”

That would all change, however, by 1992 and the eruption of civil war. “For the first time in the history of any war it was a blessing being Jewish. When Sarajevo became a city under siege, convoys were organised to get them out of the war zone.”

Svjetlana still remembers the “absolutely frightening” moment life changed forever with the first shells. A trained paediatrician of 19 years, she was working at the hospital when one of the doctors told her to return home immediately because “something is happening”.

She recalls: “I never reached my house that day as Sarajevo was completely bombed. Over the next six months, there was no food, no water, no electricity, no gas, no glass on the windows. Winter was fast approaching. Most of the children were hiding in a cellar and living by candlelight, where my daughter read all Dostoyevsky’s books. 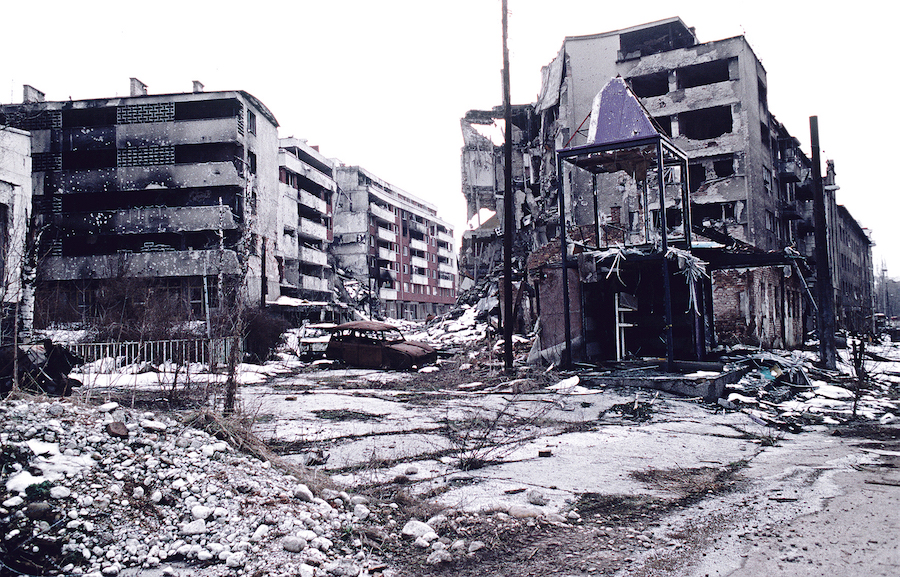 “There were places you could go to pick up bottles of water, but my mother, Betika, would never let me go because they targeted those places and the ambulances. Several of my colleagues were killed trying to save somebody else’s life.”

As conditions became more perilous, residents began to be evacuated through convoys organised by the American Jewish Joint Distribution Committee (JDC) and the CBF.

In October 1993, Svjetlana – who by this time was divorced – left on a bus bound for Croatia with her daughters Irena, 15 and Tatjana, 11.

“I didn’t know it would be a one-way ticket,” says Svjetlana, adding that she had lost everything: her house, her job, her cat, her bank account and the place she had always known as home. “People might think I had a choice whether to leave, but I really didn’t. If you are facing the possibility of being killed or your children dying, you have to leave.”

After spending two months living in a hotel in Croatia, the family went to Switzerland for a short time before the CBF helped arrange a visa for Svjetlana to work as a volunteer with Norwood in London, while her daughters were enrolled at JFS.

It was while looking for permanent work – and now also caring for her unwell mother – that Svjetlana began babysitting for an Orthodox Jewish family in Golders Green.

“They helped rekindle my sense of Jewish identity. I learned a lot from them and am still learning. I became friends with their children, grandchildren, the entire family and was always invited to all the simchas. Two years ago, they helped me travel to Israel to visit my best friend Nada in Haifa.

“The one thing I regret is not knowing more before – because I would have been the perfect Jewish mother,” she smiles.

Svjetlana also found a renewed sense of community as a member of La Benevolencia, a group for Bosnian-Jewish refugees, at Jewish Care’s Holocaust Survivors’ Centre in Hendon and received support for people dealing with trauma.

In the 27 years since Svjetlana came to the UK, she has returned just once to her former home.

“Although I love where I live now, still I wish everything was a bad dream and was like before.”