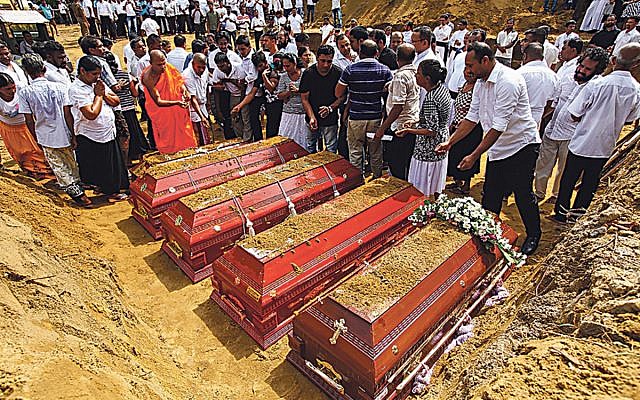 Israel issued a travel warning of a “high and concrete (terror) threat” in Sri Lanka.

The warning issued by the Israel National Security Council’s Counter-Terrorism Bureau on Thursday, four days after a terror attack at eight churches and hotels in three cities in Sri Lanka killed at least 359 people and injured hundreds, called on Israelis already in Sri Lanka to leave as soon as possible and for those planning trips to cancel or delay those plans.

It is the bureau’s second highest warning.

The decision to issue the warning came in consultation with representatives of Israeli security organisations and the Foreign Ministry, according to the Counter-Terrorism Bureau.

The Islamic State claimed responsibility for the Easter Sunday attack.

Two Jewish teenage siblings from London, who were dual citizens of the United States, were among those killed in the attack. 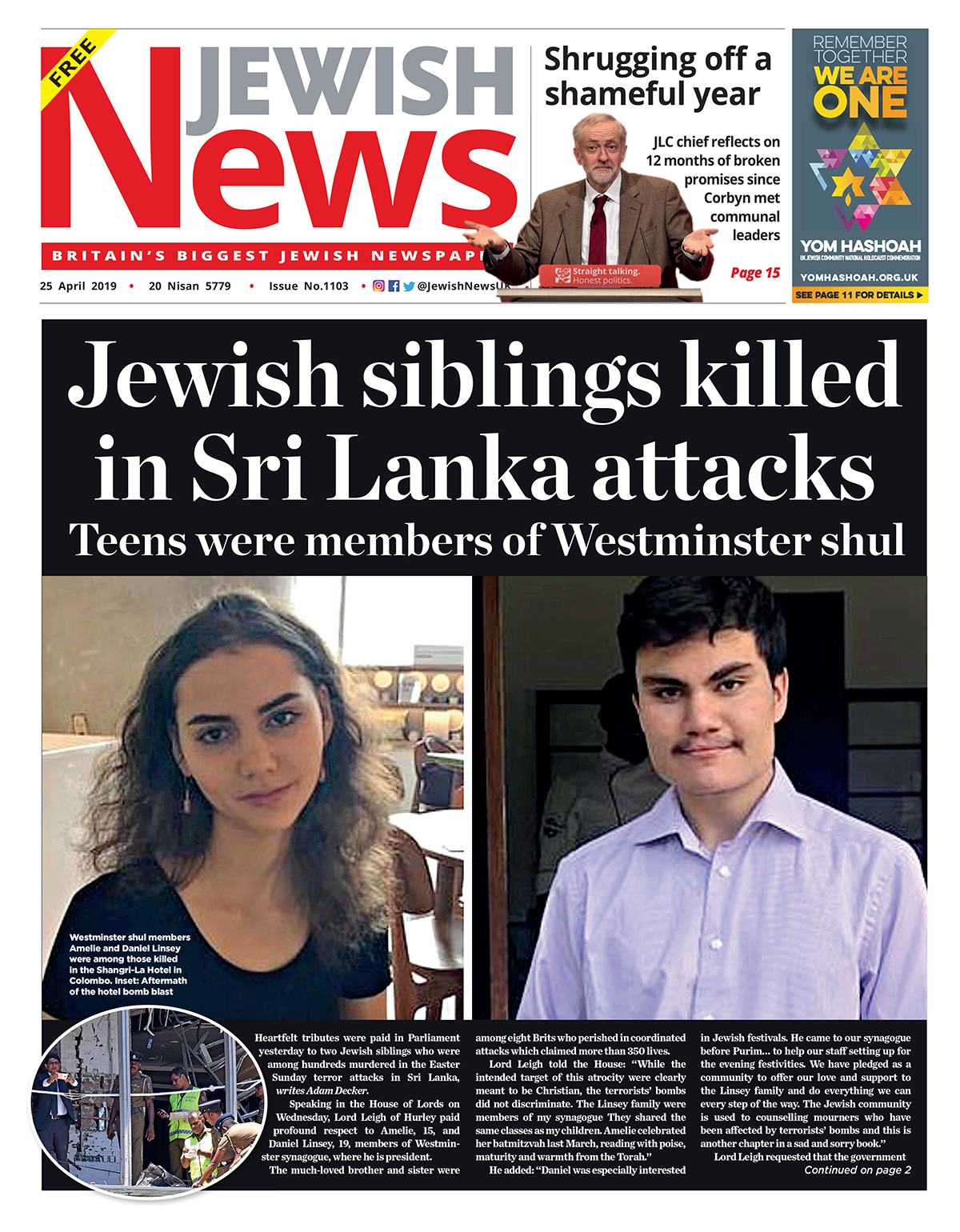 Teenagers Daniel and Amelie Linsey were members of Westminster synagogue, and were among the eight Brits killed during the Easter Sunday atrocity

Teenagers Daniel and Amelie Linsey were members of Westminster synagogue, and were among the eight Brits killed during the Easter Sunday atrocity

Israel’s honorary consul in Colombo this week described how the country is “still in shock”, but concern about Muslim extremism had been growing.

While Israel has no embassy in Sri Lanka, Israeli diplomat Wicky Wickramatunga was just outside the capital when the attacks occurred, and told Jewish News the country’s security services had “not paid attention” to terror threats.

“It was a shocking experience,” he said. “The civil war here ended almost 10 years ago, and since then we had no major disasters. Even during the war, we never had such well-organised, synchronised bombings.

“It is unprecedented. The country is still in shock. Initially we were told it was about 20 or 30 killed, but it kept going up, now it’s 359. It’s unbelievable. That never happened in Sri Lanka.”

At the time of the attacks, Wickramatunga said there were about 1,000 Israeli tourists visiting the country, plus two Chabad rabbis who live there, but they escaped unharmed.

About 10 percent of the country is Muslim and seven percent Christian. He said: “The Christians are peace-loving, they never had any conflict, but the Muslim community has been growing, and along with that, Muslim extremism has been growing at a very, very rapid rate, especially over the past six years.

“We could see extremism was getting into society; men were growing beards, women wearing long closed garments. We could see the uprising of this particular extremist group [NTJ]. There were warnings, but the authorities did not pay much attention.”

He added: “[Sri Lanka] was voted number one tourism destination in the world,
with 2.9 million [visitors] last year.

“The situation may change, but it depends on the next few months, whether the government can show Sri Lanka is still a safe place.”

Speaking to Jewish News, Chabad of Sri Lanka saod they get guests every day at the Chabad house, which is in Colombo, adding that “we are still here for every Jewish person who needs us, and we would need to increase the security so we could keep doing our job and be a secure . We have no organisation who support us financially, so we ask for any help we can get with a full time guard immediately”.