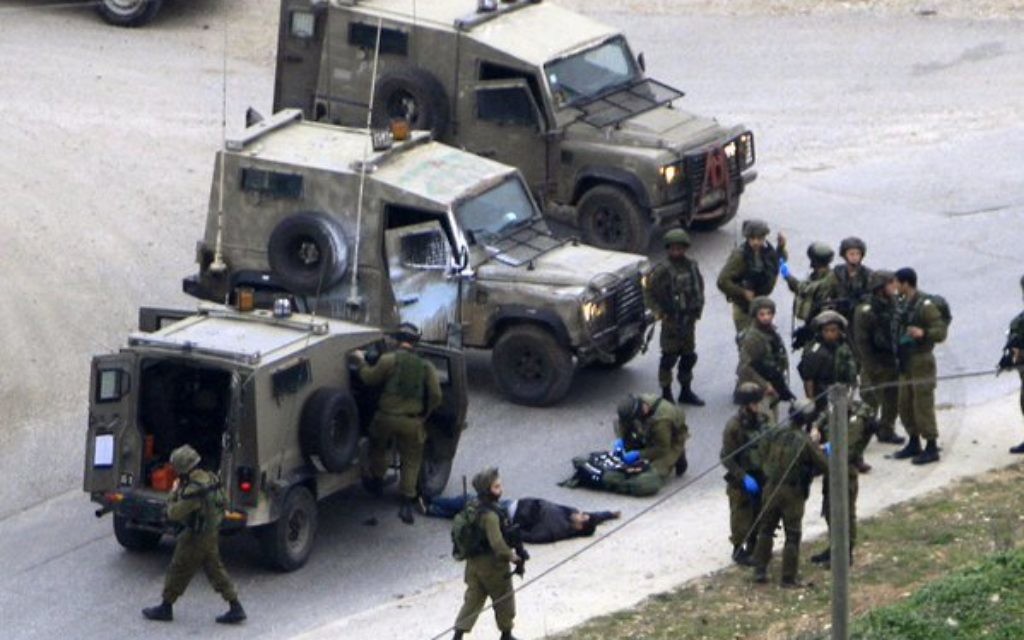 Israeli army responds to one of the attacks

Israeli army responds to one of the attacks

A mother has been stabbed to death in front of her children, the first of two separate terrorist incidents in Jewish settlements in the West Bank.

Mother-of-six Daphne Meir, 39, was killed in her home on Sunday afternoon in the settlement of Otniel, near Hebron, with three of her children there at the time.

An IDF statement said Meir grappled with the attacker for several minutes, before he escaped, reportedly fleing to the nearby Palestinian village of Khirbet Karameh.

Dafna Meir with her husband

MDA paramedics sought to resuscitate her but pronounced Meir dead at the scene. A large-scale manhunt has now been set up, with additional roadblocks across the West Bank. Residents were told to stay indoors.

Hours later Michal Froman, a 30-year old pregnant woman, was stabbed and wounded at a clothes warehouse in Tekoa, near the settlement of Gush Etzion. Her attacker was shot and injured by a resident. Both are currently being treated in hospital. Israeli media reported that Froman’s late rabbi father Menachem was a reputed peace activist in the region.

Meir’s death is the second deadly incident in a matter of months, with Rabbi Yaakov Litman and his 18-year-old son, Netanel shot and killed in November as they drove to the pre-wedding celebrations of Litman’s daughter.

The two incidents this week are further grim evidence that the spate of violence currently gripping Israel shows no sign of abating. On the same day that Meir was killed, a Palestinian was shot dead after reportedly trying to stab a soldier near the Samaria Regional Brigade headquarters outside Nablus.

Meir’s death means 27 Israelis have now been killed in stabbing, shooting or car-ramming attacks by Palestinians or Israeli Arabs since the beginning of October, while at least 155 Palestinians have also been killed, many shot dead by security forces. Israel says most were assailants.