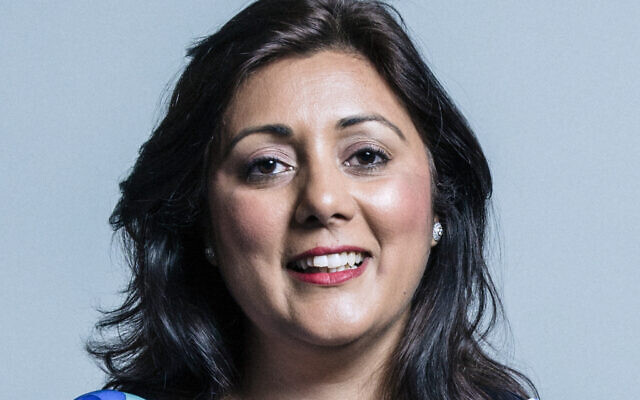 Community leaders have expressed solidarity with Conservative MP Nusrat Ghani after she claimed she was fired for being Muslim.

Ghani – who was sacked as a Transport Minister in 2020 – made headlines after accusing the party’s Chief Whip Mark Spencer of firing her because her “Muslimness” made colleagues “uncomfortable”.

In a brief statement made early Monday morning, Boris Johnson stated that he is taking the allegations made by Nusrat Gani “extremely seriously” and has ordered the Cabinet Office to launch an inquiry into her allegations to establish the facts about what happened.

Ghani has worked with the community – and this newspaper – on a campaign to raise awareness of the plight of Uyghur Muslims, who are persecuted by China. In October last year, she handed a petition to the Prime Minister signed by 150 parliamentarians, with Jewish News, saying China was committing genocide. She also tabled a motion in the Commons advocating sanctions.

Offering its support to the Tory MP, the Board of Deputies tweeted:  “We fully support Nus on this serious issue, and expect that there will be a proper investigation into the conduct of those involved.”

We fully support Nus on this serious issue, and expect that there will be a proper investigation into the conduct of those involved. https://t.co/k2oV4Xqtgu

— Board of Deputies of British Jews (@BoardofDeputies) January 24, 2022

Director of the Antisemitism Policy Trust, Danny Stone was quick to express his “solidarity” with Ghani adding that she has served the British public “with integrity and honour”.

Solidarity with @Nus_Ghani a smart, kind, and wonderful woman. She serves the public with integrity and honour. It's a pleasure to know her and to have had the privilege to work with her on issues of mutual concern. https://t.co/PzeWLO3Ij9

He responded, “when someone says they have experienced racism, we treat them with respect and investigate with due diligence. That is our British way.”

The government’s independent adviser on antisemitism, and President of the APPG on antisemitism, Lord John Mann, also conveyed support for Nusrat Ghani noting that she has a reputation for “integrity and honesty”.

The Jewish Labour Movement also offered its support, saying: “We stand in solidarity with Nus Ghani, her experience of Islamophobia within the Conservative Party is appalling.

Our members know all too well how difficult it is to speak out against racism in their party like this. We’d be happy to share our experiences with those who need.”

Finally a JLC spokesperson told The Jewish News:”No one should have to choose between their faith and their political party.

We send our solidarity to Nus Ghani and hope her testimony will be listened to, properly investigated and resolved.”