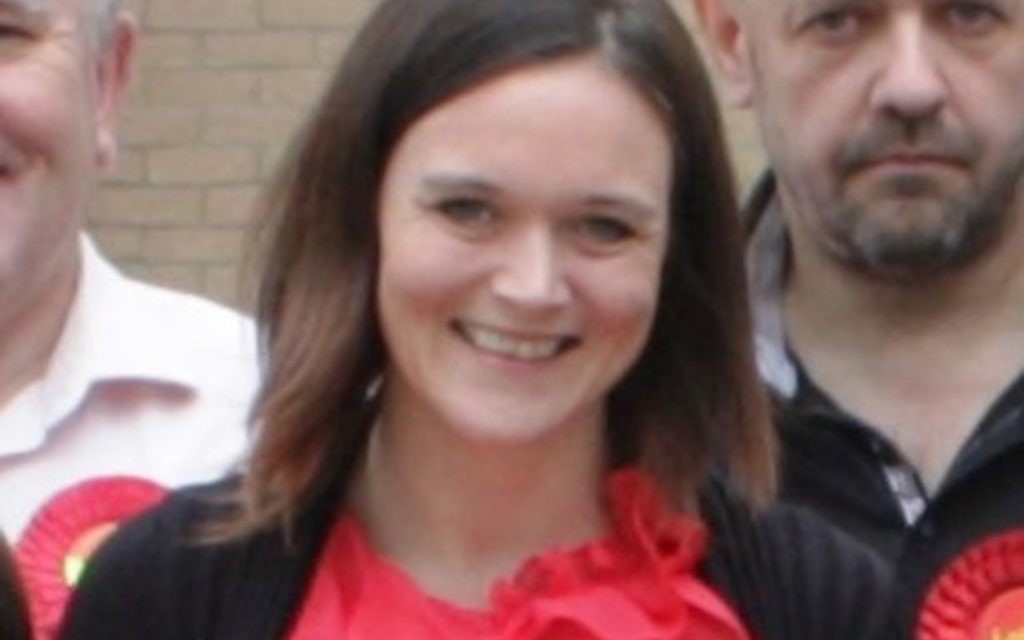 Kirby, who was suspended in September 2014 in the wake of a series of social media posts, returned to the party later that year while Ed Miliband was still leader. She has since been elected as vice-chair of Woking Labour.

Jewish News understands that senior figures from Jeremy Corbyn’s office are bewildered about why she not expelled at the time. Requests for comment from Ed Miliband have not been responded to..

During her online rant, Kirby had said: “We invented Israel when saving them from Hitler, who now seems to be their teacher.” Later, she wrote: “I will never forget and I will make sure my kids teach their children how evil Israel is!”

In another post, she said: “Apparently you can ask IS/ISIS/ISIL questions on ask.fm. Anyone thought of asking them why they’re not attacking the real oppressors #Israel?”

A Labour spokesperson said:  “Vicki Kirby was suspended from the Labour Party following comments on social media in 2014. Following her resignation as a Parliamentary candidate she received a warning from the NEC on her future conduct and the suspension was then lifted. If new evidence comes to light, the Labour Party will review that evidence and make sure the rules of the Party are upheld.”

Michael Dugher MP told Jewish News: “I don’t doubt Jeremy Corbyn’s revulsion at anti-Semitism but the party leadership must learn lessons from this. Labour will be judged by what we do, not by what we say. We must take these issues incredibly seriously straightaway and act immediately. The perception that when it comes to anti-Semitism, the leadership are painfully slow to act and that they only do so after a public backlash from Labour MPs is regrettable. This sorry episode should also put to bed John McDonnell’s rather ill-judged idea of closing the party’s compliance unit. We need to strengthen our internal procedures, not weaken them”.

The Jewish Labour Movement posted on Facebook, that they “wrote to the Woking Constituency Labour Party informing them of our intention to affiliate to the CLP … with the specific intention of bringing forward a vote of no confidence in the CLP Vice-Chair at the earliest possible opportunity.”

Last week socialist Gerry Downing had his membership of the party revoked for the second time, after using a BBC TV appearance to lamblast “billionaire Zionist politicians” and “Israel’s heinous crimes”.