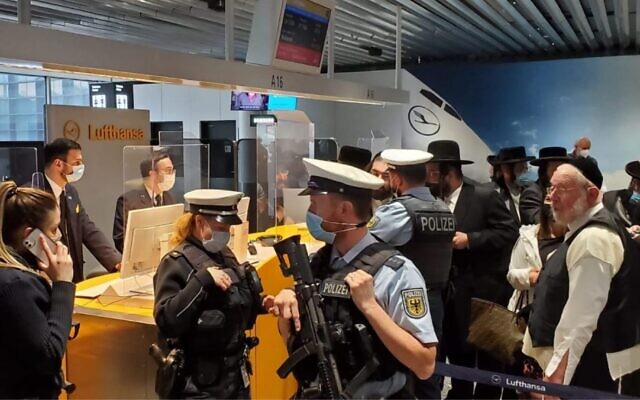 Armed police were deployed to the gate at Frankfurt Airport to prevent 'visibly Jewish' passengers from boarding (Photo: JTA)

Lufthansa has apologised after police were deployed at Frankfurt Airport to stop dozens of Jewish pilgrims boarding a flight over allegations that some had not worn face masks.

Passengers said staff working for the German airline blocked anyone who was “visibly Jewish”, irrespective of whether they had refused a face covering.

Video footage of the incident showed one Lufthansa official saying “everyone has to pay for a couple [of offenders]”.

Germany still requires its airlines to enforce coronavirus face covering rules. An unclear number of passengers, some of whom may have been Jewish, had not worn masks on an incoming flight from New York on May 4.

But a blogger on the DanDeals website claimed Lufthansa had engaged in racial profiling because it chose to prevent all Orthodox Jews from boarding a connecting flight, rather than just the individual mask offenders.

The blogger wrote: “After days of interviews with passengers, it does appear that nearly all visibly Jewish passengers were lumped together for collective punishment, as Lufthansa didn’t bother to identify the small number of mask offenders onboard the flight.” 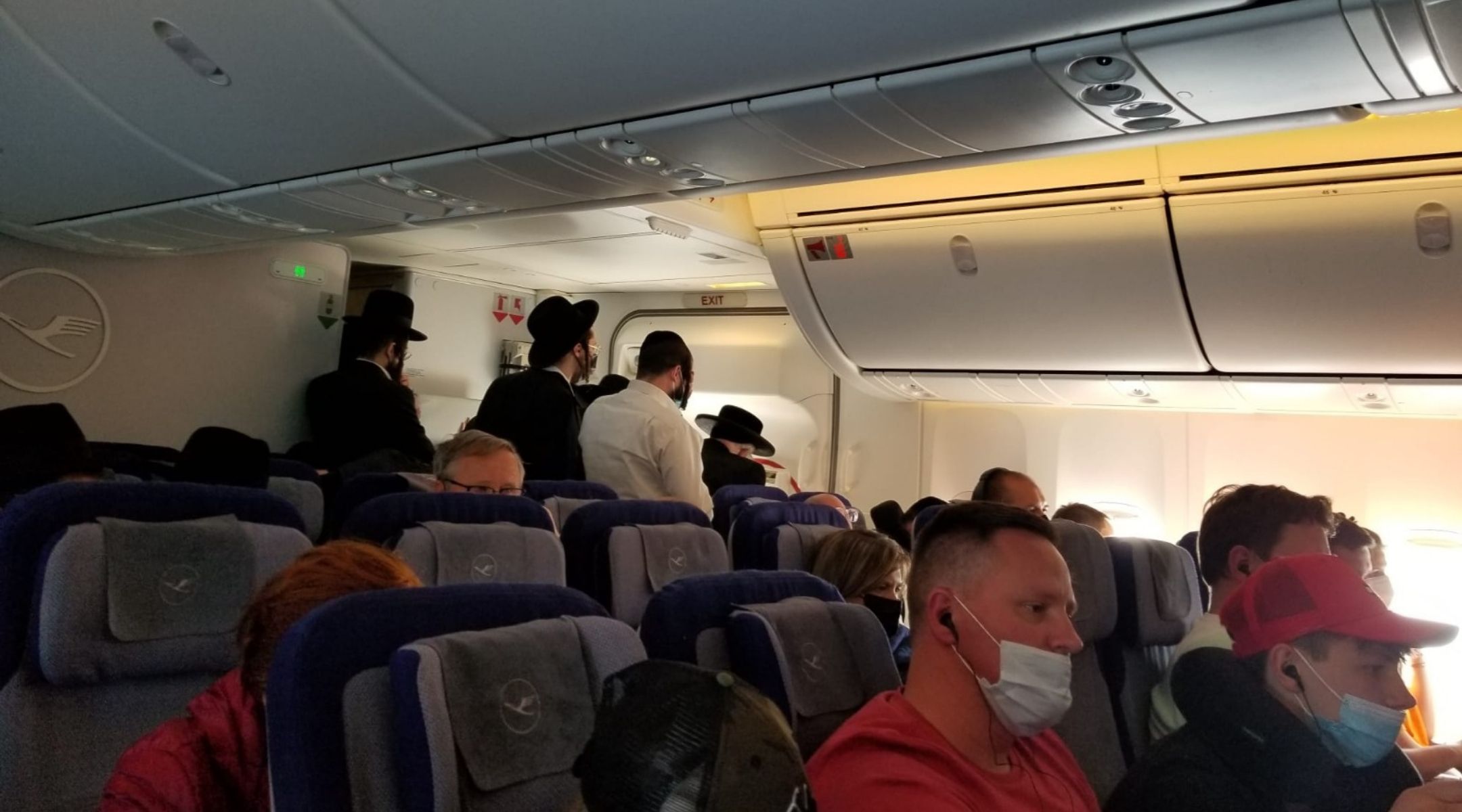 A number of passengers, some of the identifiably Jewish, were pictured not wearing masks on the May 4 flight to Frankfurt from New York (Photo: JTA)

Armed police were stationed at the gate for the connecting flight, apparently to enforce Lufthansa staff’s decision.

Several dozen passengers were flying via Frankfurt to Hungary to mark the yahrzeit of a local sage, Rabbi Yeshaya Steiner.

The airline initially sought to defend its staff but later said in a statement issued on Twitter: “While Lufthansa is still reviewing the facts and circumstances of that day, we regret that the large group was denied boarding rather than limiting it to the non-compliant guests.

“We apologise to all the passengers unable to travel on this flight, not only for the inconvenience, but also for the offence caused and personal impact.”

Lufthansa regrets the circumstances surrounding the decision to exclude passengers from flight LH 1334 on May 4. Lufthansa sincerely apologizes. Please find our statement below: pic.twitter.com/yGXoD62QY1

It added: “What transpired is not consistent with Lufthansa’s policies or values. We have zero tolerance for racism, antisemitism and discrimination of any type.

“We will be engaging with the affected passengers to better understand their concerns and openly discuss how we may improve our customer service.”