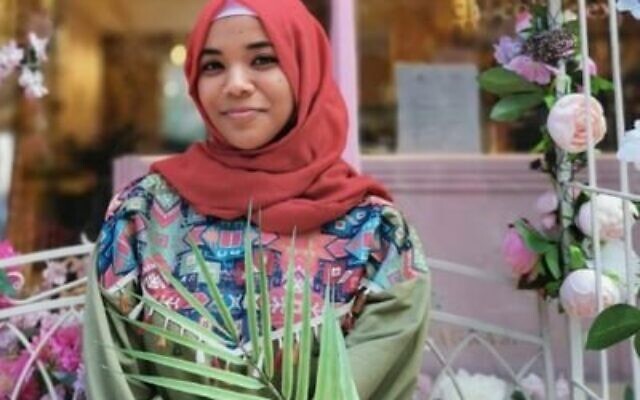 In-coming President of NUS, Shaima Dallali [Twitter]. The goverment said It was “deeply concerned” about social media postings by Dallali, including a tweet in support of Hamas, a proscribed terrorist organisation.

The incoming president of the National Union of Students has insisted: “This idea that I don’t like Jewish people, or I’m hateful towards the Jewish community is absolutely not true.”

In an interview with the Guardian, Shaima Dallali added it was “really difficult to have to see these horrible things being said about me. They are not true. ”

She said she wanted to “bridge the gab” and “build bridges” with the community, claiming “everyone has the right to their own political ideas.”

Dallai continued: “I don’t hate anyone. I definitely don’t hate the Jewish community. ”

The 27 year old,  the current president of the students’ union at City, University of London, spoke out after the NUS Board confirmed last week they had instigated an independent investigation into antisemitism claims, including her own conduct.

“The investigation is the right thing to do,” she told the newspaper.

But Dallali also claimed she was being attacked “as a black Muslim woman” who had taken  up positions in the student union or the NUS, “where they are attacked based on their political beliefs or their pro-Palestinian stance.”

She said she had received Islamaphobic and racist online abuse.

“I’ve had private messages of people calling me a raghead, people telling me to go and kill myself, calling me a Jew hater and an antisemite,” she said.

“That has been difficult to read.”

She was also questioned about her defence of a homophobic Muslim cleric and her involvement in a demo at King’s College London (KCL) where a talk was being given by a former Israeli politician.

On the 10 year old “Khaybar” tweet, she said:”“I’m not the same person I was. I have developed my political language to talk about Palestine and Israel. I stand by that apology.”

On her involvement in the anti-Israel protest she added: “At no point did I target or harass anyone, rather it was an expression of disappointment at KCL for allowing this person to come and talk.”

Dallai then added: “I’ve worked with the Jewish community to support them, for example to commemorate Holocaust memorial day. My door has always been open to all students regardless of who they are.”

“I may at times disagree with people politically,” she added.