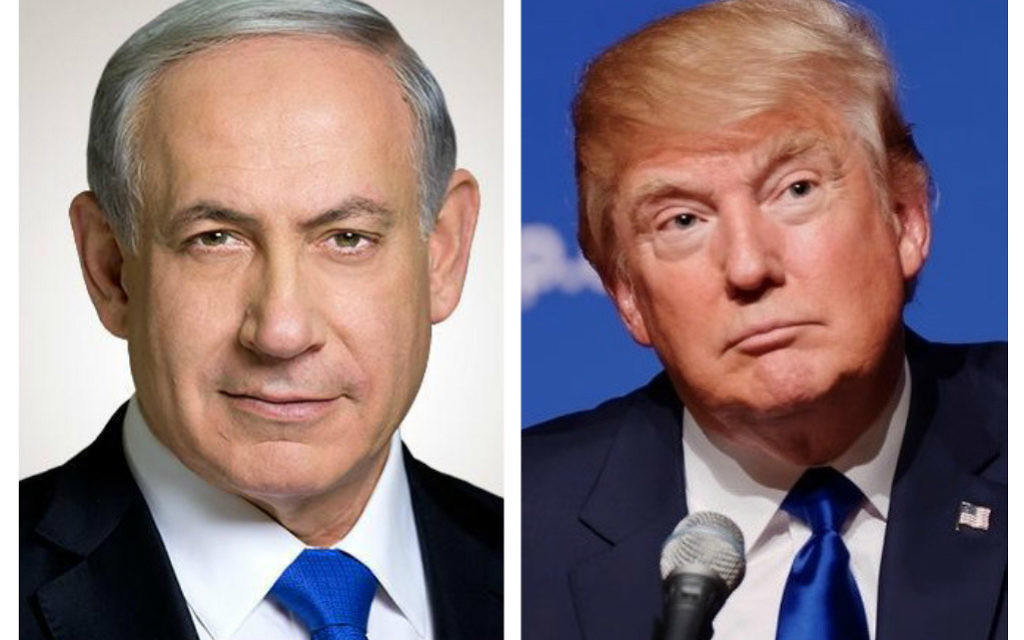 Ignore the fact that Trump was born into privilege and has bizarre hair, or the fact that the Israeli leader has a well-groomed political act with an ex-army image, they share a similar worldview.

Whilst Netanyahu builds walls to stop terror, and even supports building a fence to protect Israel from ‘predators’, Trump wants to ‘build a wall’ to stop Mexicans coming in. He has branded them as ‘criminals and rapists’ and ‘killers.’

They share a defensive mindset, in which they are always the victim. They always have to protect themselves against a threat.

They are good at ‘othering’, at painting someone as that threat, that they can champion protecting against.

At Israel’s last election, Prime Minister Benjamin Netanyahu said the Arab citizens of Israel were voting ‘in their droves’. He demonised them, and it was a key moment in his eventual successful re-election.

The frontrunner in the race for the Republican presidential candidacy, Donald Trump followed Netanyahu’s suit recently. After the San Bernardino terrorist attacks in 2015, where two Muslim terrorists killed 14 civilians, Trump called for a “total and complete” ban on Muslims entering America.

Netanyahu and Trump latch on to minorities as being ‘the problem’ in society. This problem can be solved by bans, blocks, walls and bold speeches, apparently.

The reality is, that this approach has been not just an utter failure, but especially in Netanyahu’s case, used as a distraction from a string of his own failures.

If you look at Netanyahu’s tenure as Prime Minister, it has been one disaster after another, all of which have reduced trust and increased insecurity in Israel.

Whether catastrophic wars in Gaza, settlement building, walls snaking through the West Bank, international isolation, internal religious conflict or the worsening of the ‘peace process’, Netanyahu has not made Israel ‘great again’, in the words of Trump. Quite the opposite.

He has dug Israel into an even deeper hole than the one it was already in, blamed it on others, and said the responsibility is his to clean it up, so elect me, again, and again.

His use of inflammatory language is nothing more than a blame game for what is largely a failure to deal with problems.

Unfortunately, in the real world, no amount of booming speeches at the UN and hard talk can compensate for a lack of action and a failure to address big issues head on.

And, Trump’s campaign promises much of the same vague confrontational and provocative language, without much detail.

He says he wants to ‘build a wall and make Mexico pay for it’ and ‘ban all Muslims’, but never expands how he will do this. He doesn’t talk about dealing with the inevitable hostility he’ll receive from some of America’s 35million Mexican Americans, or how these policies will be viewed amongst the world’s 1.5 billion Muslims.

The problem, is that whilst many will mock both Benjamin Netanyahu and Donald Trump’s, bold, crass and often offensive statements which are geared to win support through fear; their tactics do work.

Trump’s remarks about Muslims propelled him into the lead of the Republican race, and the Israeli leader’s comments about Arabs voting helped seal his election.

They both promote the politics of divide and rule, and this has been successful in Israel. Israel has never been more divided, and Netanyahu’s ruling grip has never been stronger.

So, to Americans considering backing Trump, think of the mess he may create – because once he does, you may be stuck with him trying to clean it up too.