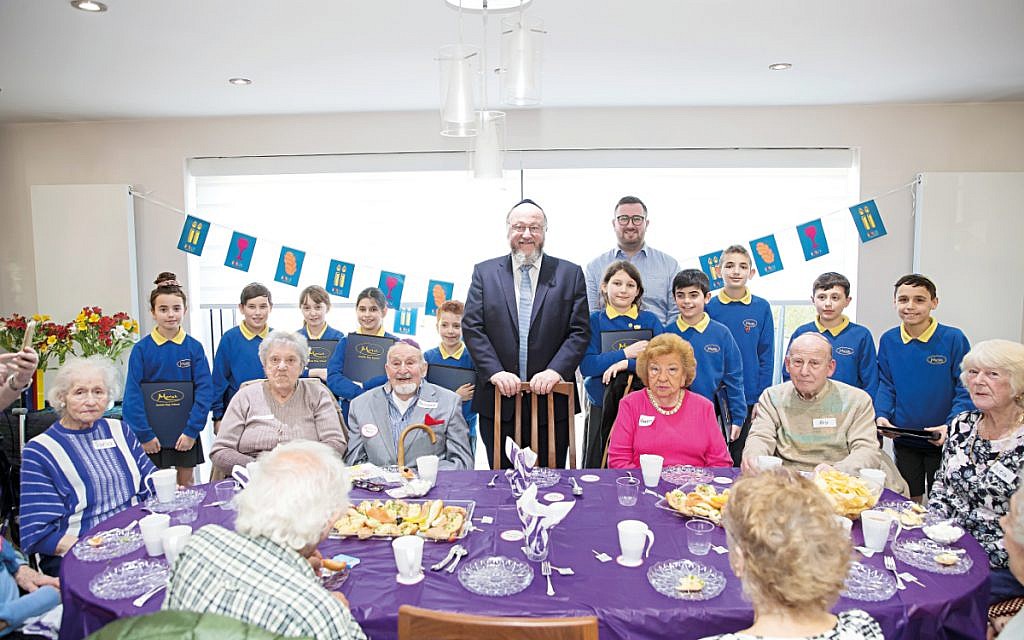 Jewish care homes outside London are facing “an identity battle” amid calls for Christmas trees and full English breakfasts for non-Jewish residents, the head of the National Association of Jewish Homes has said.

Speaking to Jewish News, Mark Cunningham described it as a symptom of the much wider elderly care time-bomb facing Jewish homes, as providers and advisers this week began to suggest options to bridge a massive predicted funding shortfall.

Homes outside the M25, with small and shrinking Jewish populations, were now admitting ever more non-Jewish residents in order to survive, Cunningham said, and it was inevitable that some would close in the next five years.

“To put it bluntly, in some places there aren’t enough Jewish residents to fill Jewish care home beds,” he said.

“The specific value of Jewish care homes is what they offer – the yiddishkeit, kosher provision, cultural sensitivity. However, in places such as Southport, which has a lovely 25-bed Jewish care home with its own shul, there are simply not enough Jewish residents,” he added.

He said homes were having to diversify and offer beds to residents from other communities. “It becomes a culture battle. They want to reflect the culture of all their residents, so you get calls for full English breakfasts and Christmas trees. Outside London, almost all Jewish homes have a battle to sustain their culture and identity.”

Cunningham is also chief executive of the Federation of Jewish Services (the Fed), a social care charity serving Manchester’s Jewish community that runs the newly-redeveloped Heathlands Village, which has won awards.

Located in Prestwich, it caters for elderly Jews with residential, nursing and dementia needs. Cunningham said “without the community’s support it wouldn’t be viable”.

Jewish care homes in areas that once had a large Jewish population are at particular risk, in a landscape of shrinking local authority budgets, rising staff costs, older admission age and increased medical needs. A long-delayed Government Green Paper outlining a viable funding model for social care is still pending.

“Our immediate problem is that we have more old people who need looking after,” Baroness Ros Altmann, a former pensions minister and director-general of Saga, a company focused on the over-50s, told JN.

“We need a government incentive, perhaps focusing on pensions or ISAs. We also need to consider what we can do in the community.”

Long-term solutions are needed, she said, but in the short-term those in their 50s and 60s have to set aside an element of their savings. “It’s about awareness. If people aren’t thinking about this, or think their care will be paid-for, they could just end up spending it on a cruise.” 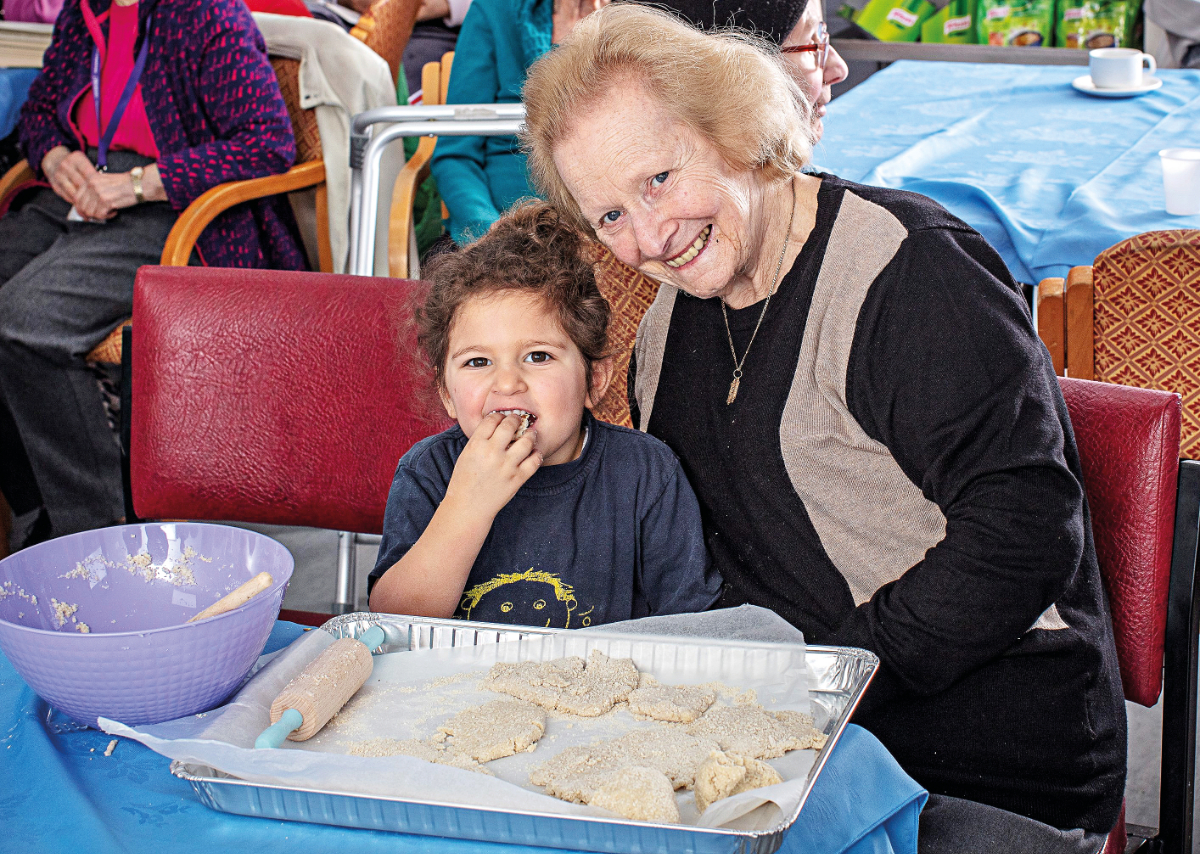 She said: “The generous donors of the past are either no longer with us or no longer live locally. We appreciate the generous support from the West Midlands Jewish community, but it does not come near to closing the funding gap.”

In Glasgow, the city’s Jewish Representative Council provides elderly care through Newark Care, whose chief executive Jack Ryan said the situation in Scotland was “more acute as we don’t receive as much by way of charity donations as our colleagues south of the border”.

Jewish Care’s chief executive Daniel Carmel-Brown acknowledges there is no magic fix when it comes to social care funding. He said: “Unlike the NHS social care isn’t, and will probably never be, free at the point of access. There isn’t enough money in the public purse to meet social care costs now and there certainly won’t be in the future. It isn’t a vote winner, which is probably why this and successive governments haven’t come up with the solution.”

He added: “As a society we need to wake up to this and accept that if we want high quality care services, we will need to pay for them. Not everyone will be able to afford to pay for their own care. We need to see social care funding as a partnership model between individuals, their families, the state and providers like Jewish Care.”

The UK insurance industry has shied away from covering social care because costs are “unpredictable and high,” but Simmons said the Jewish community could create a fund whereby “whoever needs support when the time comes is able to draw against this”.

She likened this to paying burial fees, which “are set aside in advance, and in manageable amounts. Some will pay more than others, but without the worry of future costs”.

Ryan welcomed the idea, saying: “A dedicated fund to serve the needs of older Jewish community merits serious consideration, especially if the community wants to guarantee its older citizens access to care within a Jewish setting regardless of personal wealth.”

He said burial fees were “a prime example of how the community has taken collective responsibility,” adding: “The Jewish community is well placed to provide the investment, leadership and commitment required to make such a proposal work.”

Jewish care homes are the community’s largest employers, with 75 percent of a home’s costs spent on staffing. Rising wage levels are one of several factors contributing to what Baroness Altmann calls “a perfect storm”.

Since 2015, councils have substantially raised the medical needs threshold for care funding, while reducing the amount they pay to homes. Charities’ supporters have to bridge an ever-widening funding gap, but less and less is being left through legacies. In addition, we are all living longer. In 1985 life expectancy was 75. It is now 81, and one-in-six people born today will live to 100. 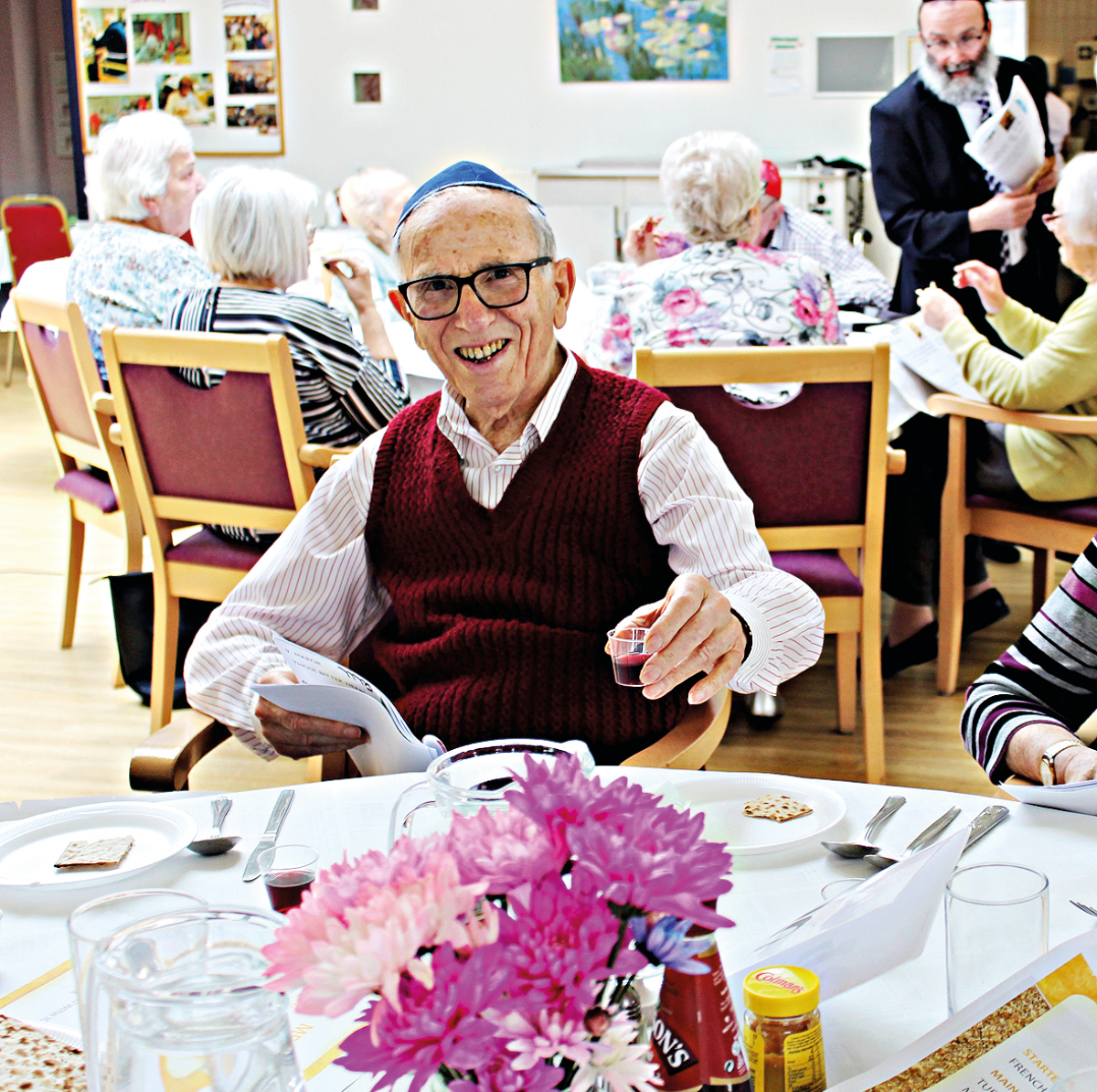 With care costs of up to £8,000 per month, there are big incentives to “cheat,” and reports of people divesting their house and assets to their children before claiming they cannot afford to pay for care. In one instance, cited anonymously, an authority-funded resident was reported to have given his £2.5 million house to his child, who visited him in a Bentley. Private funding typically derives from property, but the disparity in property values between London and the rest of the UK is also an issue – whereas a typical three-bed semi in Manchester may be worth £200,000, that home in London could be £1million.

While many Jewish care providers say they admit residents based on need, not their ability to pay, some Jewish care homes, such as that in Glasgow, say they have to cap the number of places they offer to Jews who do not have the resources to meet their own care costs.

Other homes are rumoured to charge private-paying residents more than the cost of care in order to cross-subsidise the reduced care fees paid by councils for others.

All agree that the Government needs to unveil its Green Paper to explain how it plans to provide for social care in the future.