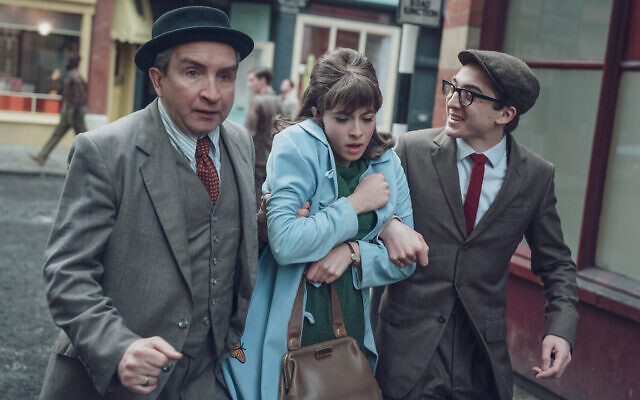 The actor Eddie Marsan has been hit with “relentless” abuse for playing a Jewish character on BBC’s new series Ridley Road.

Marsan, who is not Jewish, plays Soly Malinovsky, the head of the anti-fascist 62 Group, in the four-part drama of the community’s battle against the British far right in post-war London.

But since landing the role, the 52-year-old actor has been subject to abuse referencing Israel and Palestine, among others, which he has called out.

“This is my culture. I’m not Jewish, I’m not religious in any sense. But what I am, the thing that made me curious and open minded, comes from the diversity I was raised in,” said Marsan, who grew up in London’s East End.

“So I am sticking up for my culture, because my culture is diversity. It’s unacceptable that friends of mine who are Jewish if they become actors, they’re going to suffer this abuse.”

Among the examples highlighted by the actor include one social media user saying they could not watch the show because of “your Apartheid loving bake in it”, and others accusing him of “gaslighting” for speaking out against antisemitism.

“It didn’t surprise me, to be honest. I think if you make a film about racists, you’re going to upset a lot of racists, and they’ll come after you,” he told Jewish News. “All I can do is shine a spotlight on them and expose them.”

F**k me, this is relentless,all I did was play a Jew, I dread to think what would’ve happened if I was actually Jewish. pic.twitter.com/WHD0CE0GVh

He stressed that colleagues of his who are Jewish, including co-star Tracy-Ann Oberman were frequently subjected to even worse abuse. “There’s lots of Jewish actors who get this all the time,” he said.

Among those speaking in support of the actor was Karen Pollock, the chief executive of the Holocaust Educational Trust. “It’s shocking, disgusting, exhausting all at once. You’re a hero,” she told Marsan.