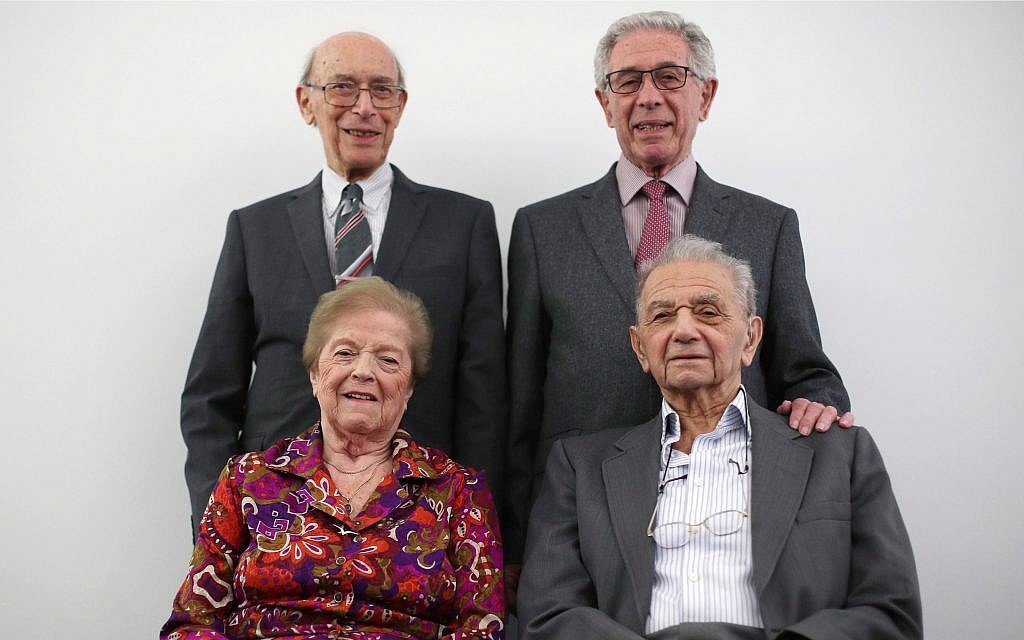 Levy, along with Walter Kammerling, Gabriele Keenaghan, Ernest Simon, George Hans Vulkan, Robert and Hannah Kirk were awarded British Empire Medals for sharing their testimony with over 100,000 schoolchildren around the UK.

“I’m over the moon about it. I’m very grateful,” Levy said at a press conference hosted by the Cabinet Office and Holocaust Educational Trust at the Jewish Museum. “I never ever dreamt of this.”

It took Levy over half a century to find the words to describe her traumatic experiences in the former Czechoslovakia.

The 88-year-old was 15 when she flew to Northern Ireland after being liberated from Auschwitz, the death-camp that saw siblings and her mother Shlima  murdered.

Levy and her brother Chaskel arrived in Belfast in February 1947 with a group of Jewish orphans who had escaped concentration camps. 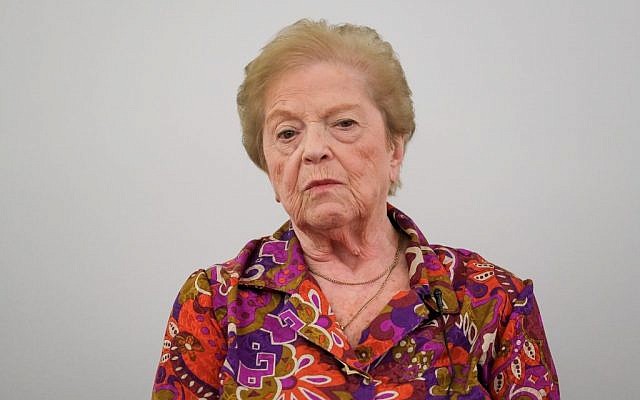 “To be recognised by the country is something unbelievable. Out of nowhere, I became a sort of teacher of history and of things that have happened, unfortunately very sad stories,” she said.

Fellow award recipients, the husband and wife Hannah and Robert Kirk, 90 and 94 respectively, married in 1950 after meeting at a club for young Jewish refugees.

Born in Berlin, Hannah was only 10 when she arrived in Southampton on the Kindertransport shortly after Kristallnacht, boarding a train to London. Together, Hannah and her husband Robert, who fled Hanover on the Kindertransport, shared their experiences with 30,000 schoolchildren over the years.

The Kindertransport escapee Ernest Simon, 89, witnessed the horrors of the Kristallnacht pogrom from his bedroom window and saw the burning of prayer books and Torah scrolls at his local shul.

Simon arrived in Britain from Vienna at the age of eight and lived with a foster family before his parents and younger brother were able to escape to Leeds and secure domestic permits. Later growing up in Leeds, Simon volunteered at the Association of Jewish Refugees.

Fellow award-recipient, the Vienna-born refugee George Hans Vulkan, 89, who lives in London, lost members of his family to the Holocaust, escaping Nazi Germany with his family when he was just 9 years-old. Vulkan has shared his story with over 6,500 people in the past five years alone.

Similarly, Kindertransport escapee Gabriele Keenaghan Keenaghan (née Weiss), 92, who lives in North Shields, fled Vienna at the age of 12 and has devoted 30 years of her life to sharing her testimony. 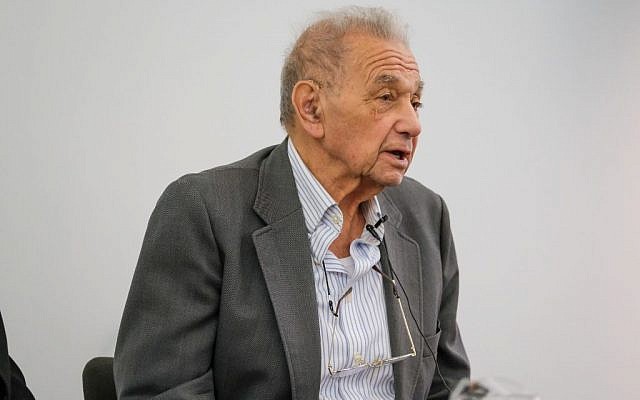 Walter Kammerling, 95, arrived on the Kindertransport at 15 after Kristallnacht before he was sent to a refugee camp for children in Essex and later worked on a farm in Northern Ireland.

Both his sister and parents perished at Auschwitz-Birkenau, and like many refugees, Kammerling only learnt of their fates after the war.

“I don’t feel I am so very special. It’s a great honour. I do appreciate it. I thank everybody concerned that I do get this honour,” he said. “It is a personal talk, but this one does include all my family as well, and makes them more aware of what happened, and not just this but also of what can happen.” 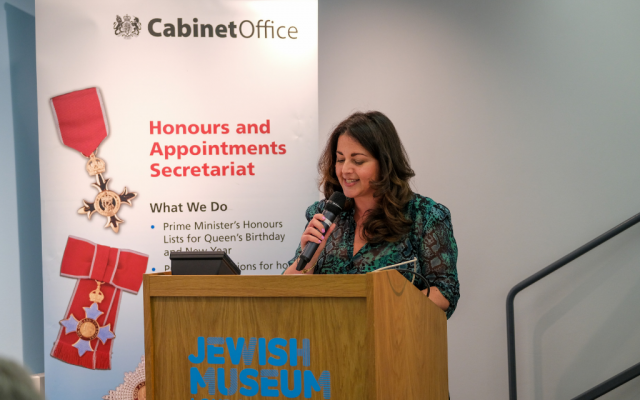 This is not the first time that Jewish refugees and survivors have been recognised for their services to Holocaust education.

In 2018, the Polish-born survivor and former weightlifter Sir Ben Helfgott was even awarded a knighthood.

Speaking at the event this week, Chief Executive of the Holocaust Educational Trust Karen Pollock congratulated the seven survivors, wishing them a “hearty mazel tov for an honour well deserved.”

She added: “Holocaust survivors are at the heart of what we do and we know their testimonies have a far reaching impact.

“Their determination to relive the most difficult period of their lives in order for future generations to know where hate can ultimately lead is an inspiration to us all.

“Against a backdrop of rising antisemitism, Holocaust denial and hate, we pledge to increase our efforts to ensure that this period of history is taught about and known.”

Olivia Marks-Woldman, chief executive of the Holocaust Memorial Day Trust, added: “It is wonderful to see their impact celebrated with these honours, representing recognition from the highest levels of our society.

“As fewer survivors are able to share their experiences, we must all commit to learning from genocide and keeping the stories of those who were murdered alive.”

A Cabinet Office spokesperson said: “The Queen’s Birthday Honours List recognises the outstanding achievements of people across the United Kingdom. 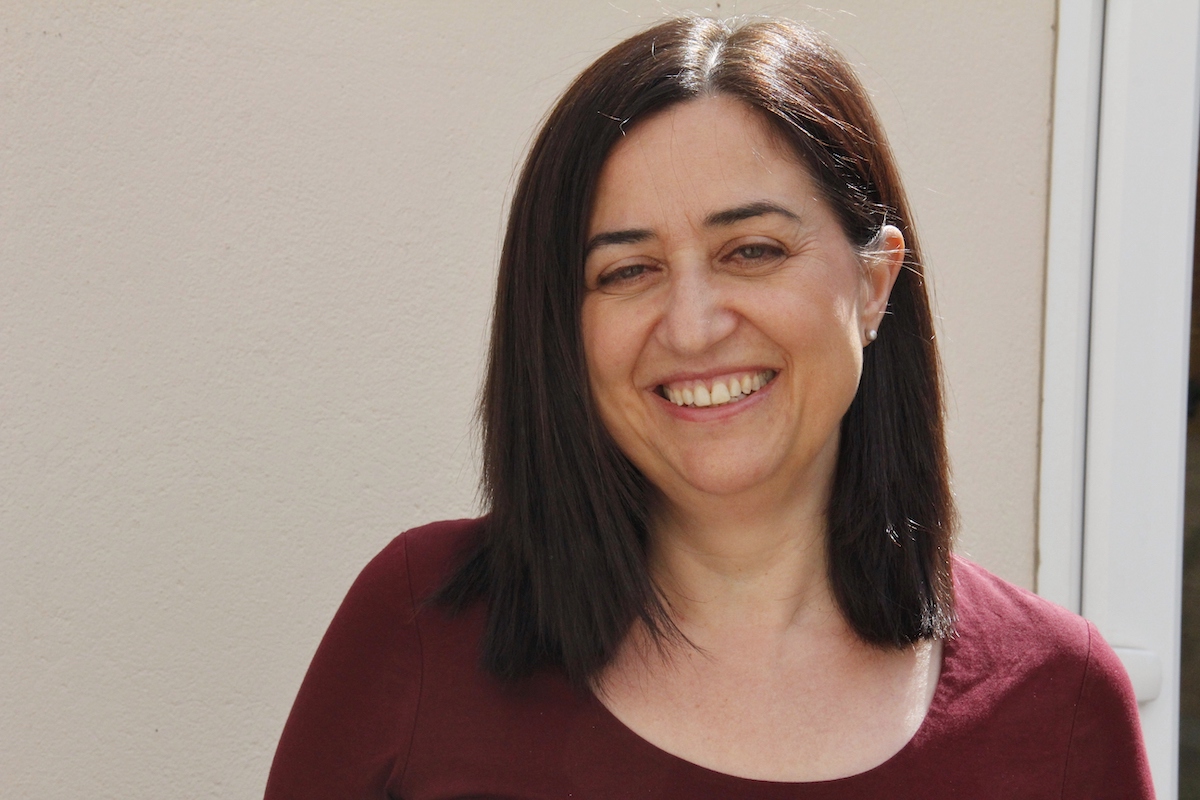 “These individuals have demonstrated extraordinary personal resilience and commitment in retelling their painful stories to ensure that we can all learn from the past”.

Also named in the list, World Jewish Relief’s UK Programme Director Janice Lopatkin received an Order of the British Empire for her services to refugees.

Darryl Mark Lee, from Altrincham, received an Order of the British Empire for services to charity and Jewish community in Manchester.

Among other members of the community named in the prestigious list were Cheshire entrepreneur Stuart Marks, awarded a CBE for voluntary political service and television executive Nicola Shindler, given an OBE for services to broadcasting.  Maurice Stone was also awarded a BEM for services to dance – founder of Israel Folk Dance Association.