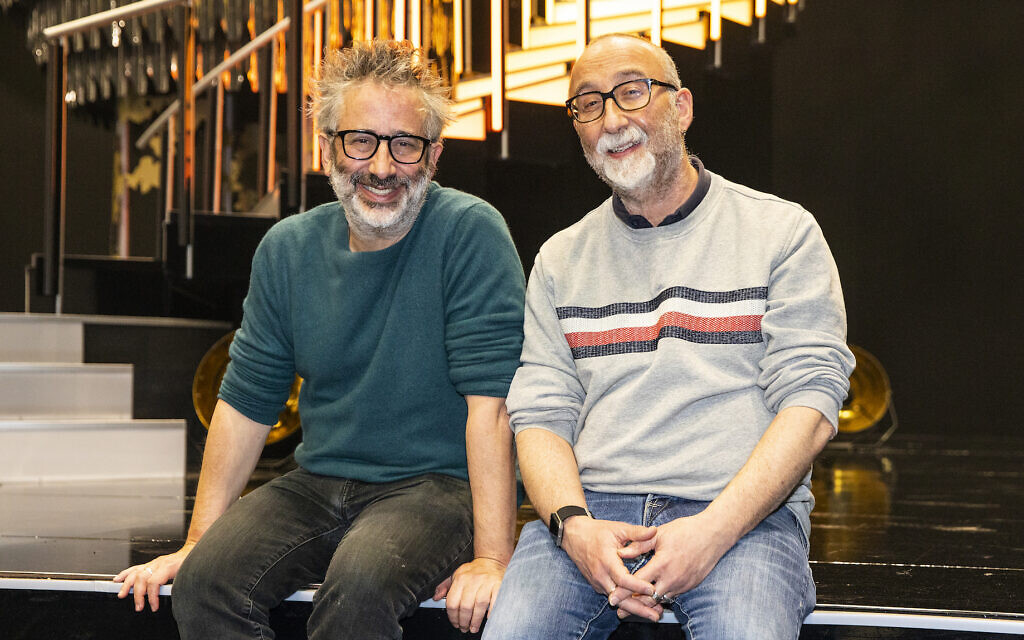 David Baddiel’s first foray into children’s literature was The Parent Agency. In it, the comedian imagines a world in which children can choose their own parents. If there was a world where choosing one’s own siblings was a possibility, David and older bro Ivor would be a good option.

Because they get along and love each other unconditionally would be key to their appeal as adopted kin. That they were also raised in a chaotic household filled with the Billy Bunter books, Dinky toys and golf memorabilia collected and sold by their late parents would be another as it provided the stories that inform their talent for writing and comedy. And if the Baddiels were your brothers you could listen in on their doubtless fascinating fraternal confabs about football, social media and ideas for shows such as Romeo & Duet.

“Romeo & Duet,” confirms David. “Every single Jew I’ve told about this show, has queried it and said ‘Romeo and Jewess?’ I tell them it’s a singing dating show, so ‘duet’ should be clear. But Jews are so primed to hear the word ‘Jew’. It’s incredible.”

To avoid any remaining confusion, Ivor the elder elaborates. “Essentially a single person is on a balcony and down below, out of sight, is a potential suitor who sings to them. It’s about serenading and the show’s original title was in fact Serenade Me. Its premise is to establish whether you can be attracted to or fall in love with somebody through the power of their voice alone.”

That Shakespeare’s Romeo never actually sang to the object of his affection is not relevant here, but the ITV show does feature a glam Verona-style balcony and a winding staircase from which to descend. “If the person being serenaded is interested enough to come down those stairs, there’s a dividing wall with a heart that goes up to reveal the singer for the first time,” Ivor continues. “Then the couple go off on a date to learn a duet.” 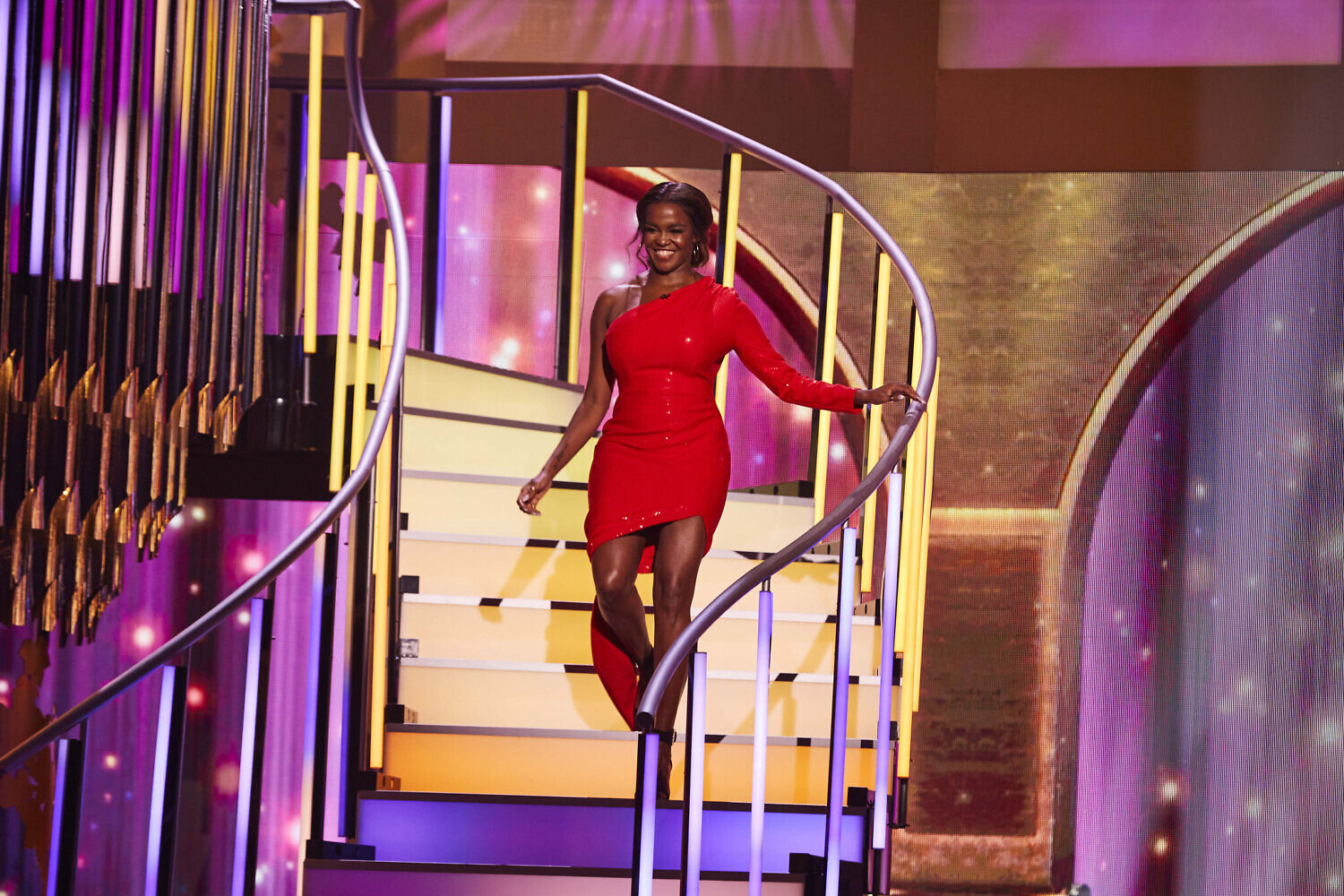 Though the fun format is not set to rival Mastermind, David has more specifics. “Each person gets a minute of singing to entice the other person down the stairs. If they fail, another singer gets to try. If the picker doesn’t choose anyone, they go home alone.”

Hopefully you’ve now grasped the concept, which was dreamt up by the Baddiel bros in 2009. “There was a period of hawking it around, but nobody was interested,” says Ivor, who watched Serenade gather dust until he joined new production company Goat Films and MD Mel Crawford saw potential in the crooning-to-coupledom show.

David, meanwhile, had mentally shelved it. “So when Ivor called to say ITV was interested, I said: ‘That can’t be true.’”

But it was and given that Ivor has written scripts for X Factor, The Voice, The BAFTAs and umpteen other entertainment shows, co-creating one of his own should not have been a surprise. Picturing the more phrenic David amid hearts and flowers is harder to process, and markedly since his acclaimed book Jews Don’t Count has made him the go-to voice of reason on antisemitism.

Every single Jew I’ve told about this show, has queried it and said ‘Romeo and Jewess?’

“I don’t think either of us really expected this to happen,” says David, who is now adapting his book into a documentary with Louis Theroux’s Mindhouse Productions and Channel 4. “Even though we’ve both been in showbusiness for a fairly long time, that world of creating a format for Saturday night on ITV is a world basically controlled by Simon Cowell. I mean you don’t just have a good idea and then it happens. But it has happened, even though it’s taken a long time.” 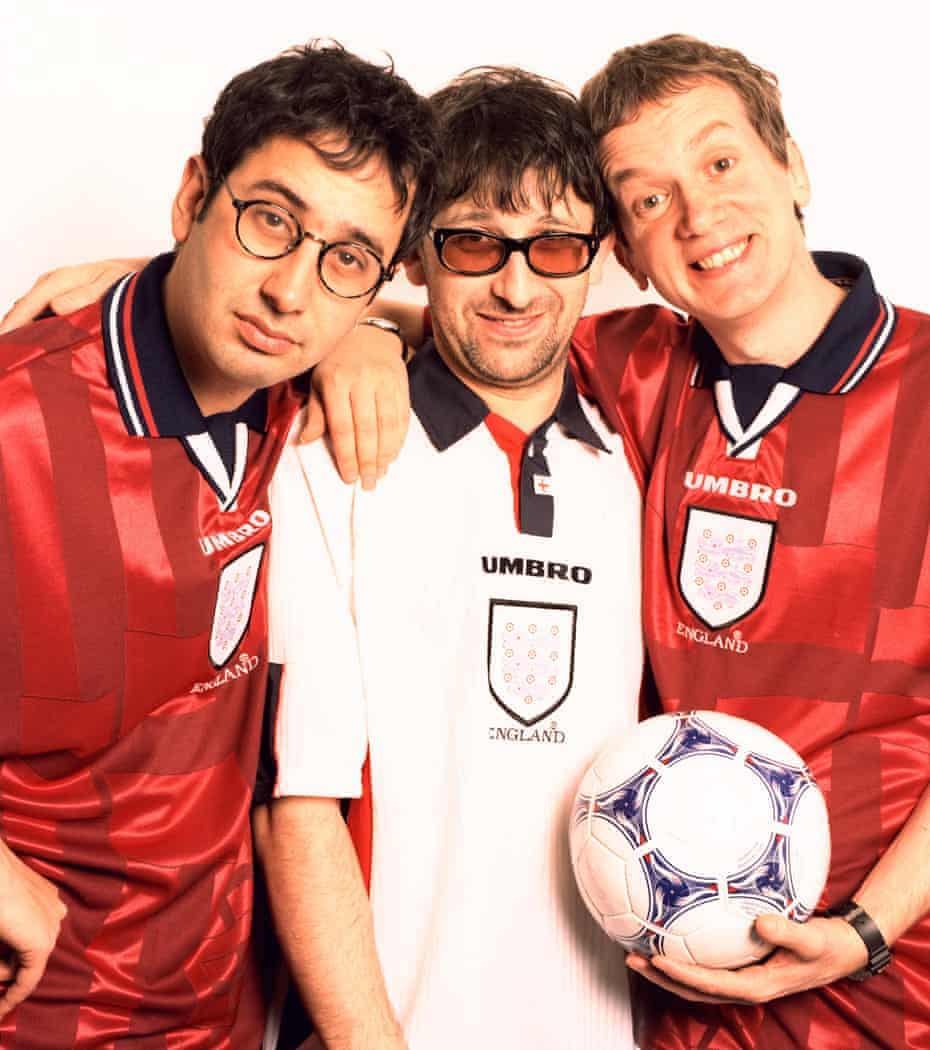 Of course the dazzling hearts and thumping tunes don’t affect David and Ivor as they aren’t appearing and definitely won’t be singing.
“Though I should remind you I’ve had four number ones,” says David, referring to his Three Lions football anthem with Frank Skinner and The Lightning Seeds. “But I can’t sing so that’s weird isn’t it?”

“I’d like to make a slightly relevant point here,” interjects Ivor. “We were both at Northwest London Jewish Day School and in my year, possibly yours too David, we recorded the album Et Lashir.”

“No, I wasn’t part of Et Lashir,”confirms David. “Well, I might still have a copy of it somewhere,” replies earnest Ivor, ready to search. “But my point here is that it out of the entire class, I was the only kid not invited to participate, because I was such a bad singer.”

Fortunately the singing standard is reportedly higher on Romeo& Duet, though according to David: “No one is Pavarotti either. It’s just ordinary people who’ve got quite good voices. And within that range, it’s about hearing something in the voice that makes you think, ‘Oh, I like that. I like that person, the way they’re expressing the song and their song choice.’ It’s a sort of mad conceit that you can somehow tell when the couple sing together that they might get on a deeper level.”

“Yeah, as David says, it is a really interesting marker as to whether people may or may not get on in the future,” agrees Ivor, which leads us to discussing the relationships of celebrity singing duos such as Sonny and Cher or Ike and Tina Turner.

“No, they didn’t really work out,” chuckles David, who was equally disparaging about the 70s duo Peters and Lee, who won Opportunity Knocks and weren’t ever in a relationship.

The conversation spirals until Ivor suggests Beyonce and Jay Z, as a success story only for David to conclude that “famous singing duos rarely work out”.

This is not an issue for the members of the public appearing on Romeo & Duet and the brothers are particularly chuffed about the broad representation of cast and contestants. 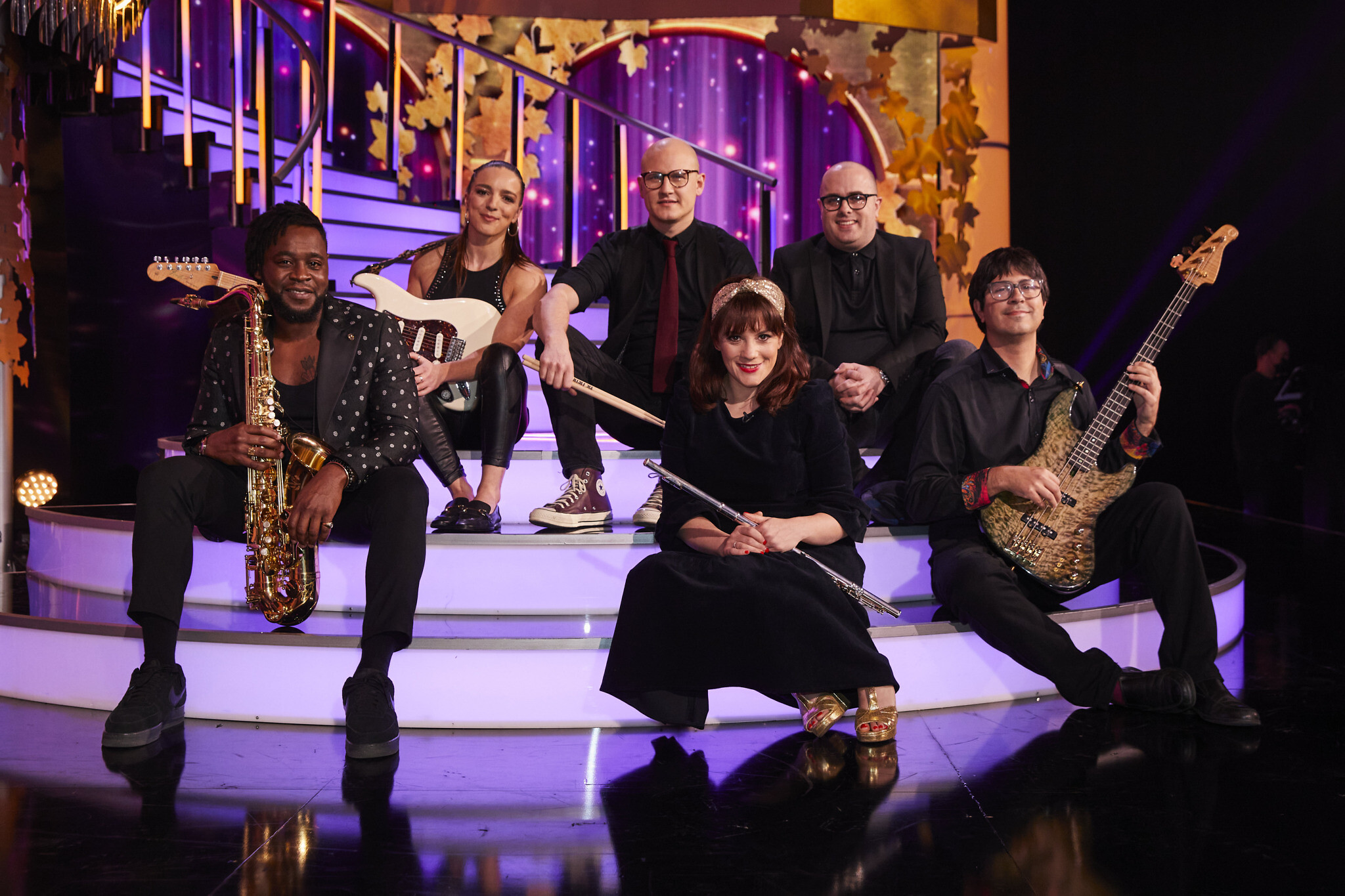 “Within the series we have an LGBTQ person seeking a partner, a woman with a disability, and Strictly Come Dancing’s Oti Mabuse is our black female host,” says Ivor. “We also have what I believe is the first female band leader for a show of this kind, with Vikki Stone and The Heartbeats. I’m very proud of it all.”

This is obvious as the bros are beaming about their show, though they were unable to confirm the presence of Jewish participants. “There probably are, but they weren’t obvious,” says Ivor. “No yarmulkes or sheitels.”

“So no singing shiduch and no one sang If I Were a Rich Man either,” notes David. “Or any Streisand, though Yentl’s Papa Can You Hear Me? would have been great.” And now we’re all laughing which is why you would pick the Baddiels for brothers.

Should a celebrity edition of Romeo & Duet happen in the future, Ivor imagines performing the Ying Tong song to rewoo his wife Sophie.
“That was our father’s favourite,” he says reminding us of the sad loss of Colin Baddiel in January.

“I could sing Three Lions,” posed David. “But that would be a giveaway, which isn’t allowed in Romeo & Juliet. How about Blue is the Colour? ”
Should Morwenna Banks (Mrs Baddiel) be invited on that Romeo & Duet celeb edition, she’s been warned.

Romeo & Duet starts at 7pm on Saturday on ITV.