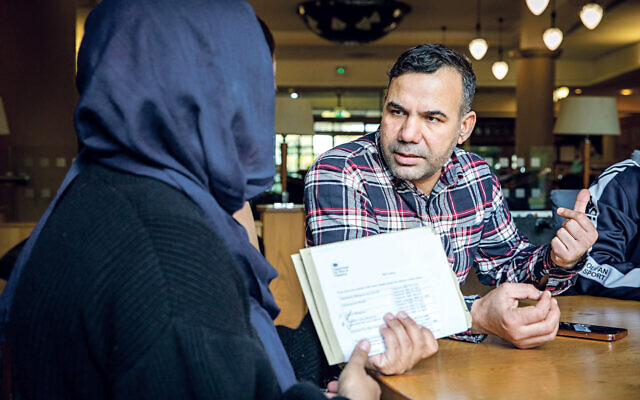 'Safia' a support worker who speaks 5 different languages works on the Afghan wrap around program working with one of the Familes to help them with calls to HMRC. Horton Housing supporting Afghan families that have recently arrived in the United Kingdom through the Afghanistan resettlement scheme, Bradford, United Kingdom. Many of the people in this scheme were evacuated from Afghanistan when the Taliban took over, they were working for the British Army as translators and doing other supporting roles. (photo by Andy Aitchison)

Three of the many Afghan refugees helped by World Jewish Relief and its partner, the Horton Housing Association, (HHA) have spoken emotionally of their experiences, both in Afghanistan in the face of the renewed Taliban takeover, and now, in Britain, dealing with the challenges of settling their families into a new society.

“Saffiyeh”, a former interpreter in Afghanistan, has been in Britain the longest, since 2015, and has now become a vital lifeline for the newcomers as he gives them practical help, as a volunteer for the HHA.

He says: “I started working in the bridging hotel [in Bradford] as a case worker. I help families around the hotel, booking GP appointments, getting things from the shops, taking their clothes to the launderette. I help them set up bank accounts, apply for benefits and enrol their children in schools. These tasks are hard enough if you do speak English; if you don’t, they are near impossible without this support”.

World Jewish Relief has set up a busy programme of activities for the children in the hotel, so they don’t get bored — and it has also organised English language lessons for teenagers and women — “crucial assistance”, says Saffiyeh, in helping them integrate into Britain.

One refugee in his early 30s, who asked to remain anonymous, has a law degree and a big family to support — his wife and four children whose ages range from three months to six years. He admitted the transition from Afghanistan to Britain had had bumps in the road.

He said: “We are getting used to a new country, a new culture, new food, new schools, a new life. Our children don’t like the food because it’s different from what they are used to. Everything is new, but we are doing our best.”

Another Afghan refugee who had previously lived in Britain for 12 years before returning to his native country, spoke about the shock when the Taliban took over Kabul on 15 August. Also asking for anonymity, he said: “We left the country on 20 August. Those five days were very dangerous because I have a British passport, which made me a particular target. My mother hid it under the floorboards. She said: “If they find you with it, you never know what they will do.” He previously worked with small charities and non-governmental organisations in the north of the country, linking international donors to the local community. 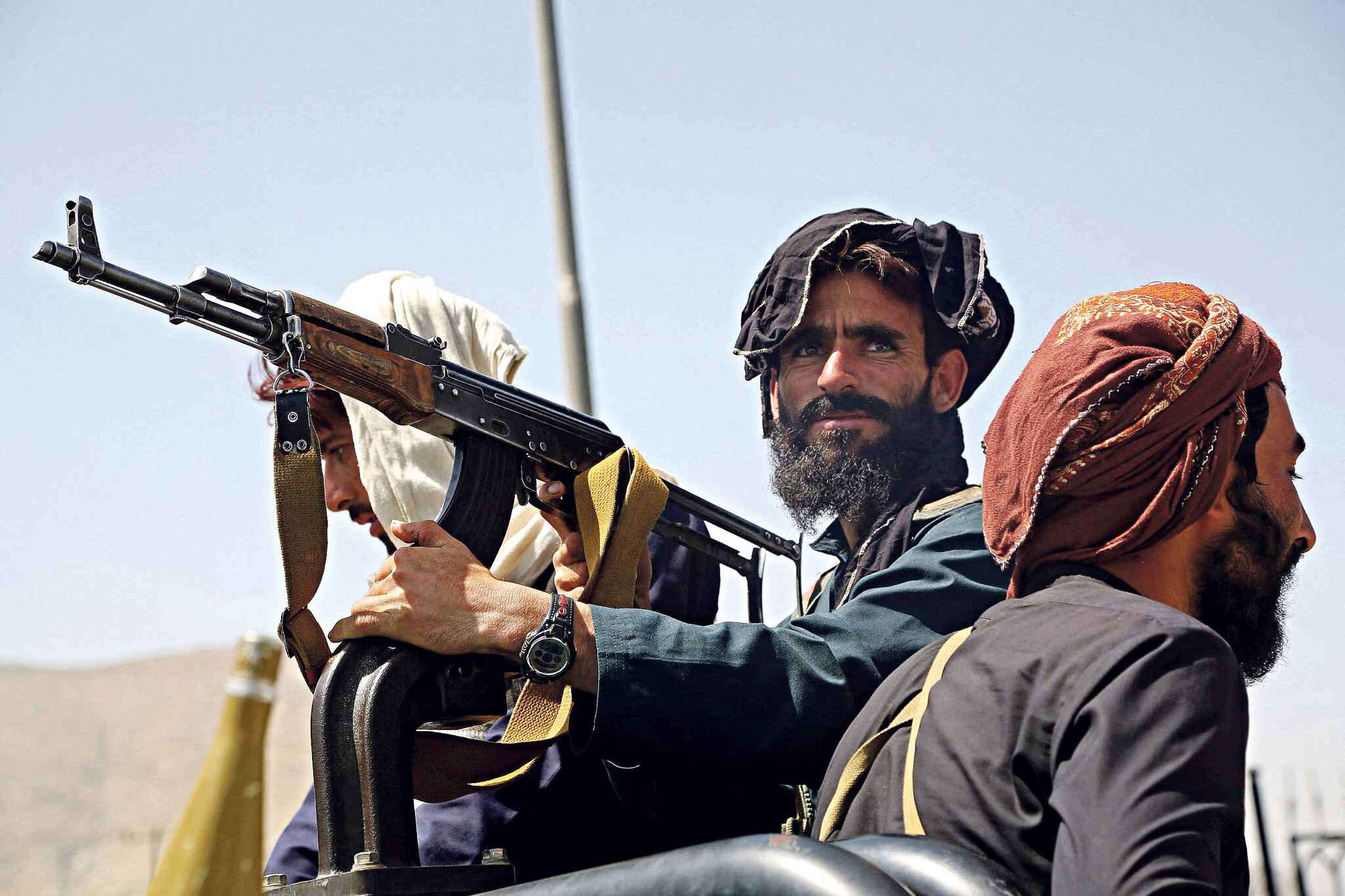 After two days outside “scary” Kabul airport with his pregnant wife, surrounded by armed Taliban, attacking people indiscriminately, the couple finally arrived in Britain on 23 August.

Their daughter Ella was born in Bradford just after their arrival and this man, whose wife was “a passionate chemistry teacher”, devoted to improving girls’ education, are hopeful that Ella will be able to take advantage of all the opportunities open to her in Britain.

But he was despondent about the fate of his family in the Panjshir Valley, where his family is from. He said: “The Taliban fought their last killed anyone they came across, includingby brother and two cousins. For Afghans, this is one of the most depressing times of our lives.”