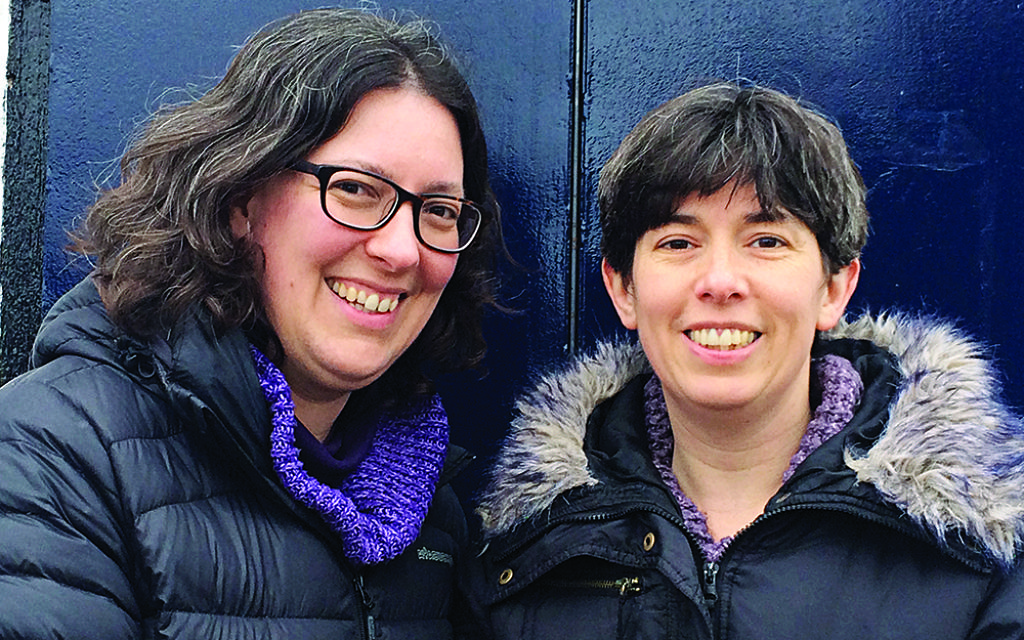 Jackie still recalls the moment when, aged 22, she told her mother she was a lesbian.

“Oh no, I’m not going to be a grandmother,” she retorted, followed by, “Don’t tell your father – it’ll kill him,” and, finally, a first step towards acceptance: “Maybe one day you’ll meet a nice Jewish girl.”

It is now 41 years later, but the assumptions of that time still remain vivid in Jackie’s memory – namely that lesbians don’t become parents.

But Jackie was determined to have a child, so much so that she asked her close friend Paul to father one with her, and they are now proud parents to Jacob, 23.

“It’s amazing how far things have come,” says Jackie, who shares her story in Pride And Joy: A Guide for Lesbian, Gay, Bisexual And Trans Parents by Sarah and Rachel Hagger-Holt.

“Having Jacob has been, beyond a shadow of a doubt, the most wonderful decision I ever made,” says Jackie.

Even though she never did explicitly tell her father, a child refugee who came to Britain on the Kindertransport, about her sexual orientation, Jackie did discuss with her parents her plans to start a family with Linda, her partner of three years sitting by her side, in the home they co-owned.

But Jackie’s path was not always an easy one. When Jacob was two, Linda died, leaving behind her own nine-year-old son, Jay, so Jackie spent the next 16 years bringing up the boys on her own.

Pride And Joy tells her and Jacob’s stories – but also those of 68 others, including at least five more with a Jewish background, as they navigated a path to parenting, be it like Jackie, as single parents, or as co-parents with their partners or friends, as donors or having adopted or fostered children. Jackie with her son Jacob at his graduation

As the book states: “There is no single type of LGBT [lesbian, gay, bisexual and transgender] parent represented here.”

Co-author Sarah Hagger-Holt, 38, explains why she and her civil partner Rachel wanted to write the book.

“Looking back over the past 10 to 20 years, there’s been an unprecedented change in the lives of LGBT people in terms of social attitudes, changes in the law and representation in the media,” she explains.

“This compares to growing up as a teenager in the 1990s under Section 28 [of the 1988 Local Government Act, which stated that councils should not “intentionally promote homosexuality or publish material with the intention of promoting homosexuality” in its schools or other areas of their work], at a time when there were very few ‘out’ LGBT people in the media.

“It feels a little like we’re living in a different world.”

As a lesbian parent herself, Hagger-Holt is fascinated by the stories of LGBT people who have brought up children. 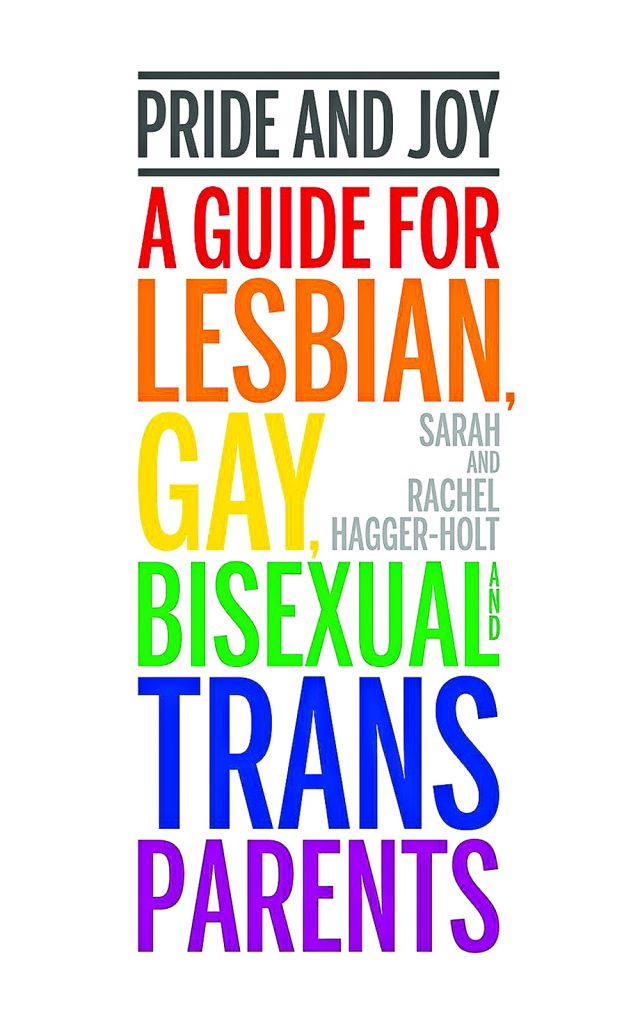 The front cover of Pride and Joy

She wanted to explore their experiences and what they can learn from each other, but also debate what it is to be a good parent and the impacts of parenting.

But she adds, it is also a case of “recognising that even now, when there are an estimated 20,000 children being brought by same-sex parents, and even though it’s becoming more common, it’s still relatively uncharted waters”.

Hagger-Holt, a charity administrator, continues: “Most of us are entering into parenthood with different expectations and assumptions to the ones we grew up with.

“I found it interesting talking to others who are making those same daily choices, not in order to say ‘here’s the way to do it’, but to see the different paths we take to negotiate being ‘out’ or a different kind of family.”

The Hagger-Holts live in Rickmansworth with their two daughters – whom they co-parent with a gay male couple. They are themselves both Jewish by birth,  but have chosen to join a small Methodist community.

“My mother is not practicing but, for her, identity is very important. She grew up in a Jewish home – they kept kosher, they celebrated festivals,” Sarah explains. “It’s very much part of my family and my family culture.”

Rachel’s grandparents came over from the Czech Republic in the early 1930s and her parents were “brought up to be like everybody else in that post-war context, so that link with the Jewish faith is not so strong,” Sarah explains, “but the recipes appear and the stories get passed down”.

The advice running through the book reaffirms its title. “It’s the idea of being confident and being proud of who you are,” asserts Hagger-Holt. “So being able to talk to your children honestly about what it means to be adopted or fostered, what it means to face people asking you questions because you’ve got two dads or two mums.

“The refrain that comes through it, based on people’s experiences, is to be honest about your situation.

“Sometimes it’s not a case of protecting your children from something, but about them joining you in celebrating who their family is among the diversity of other families.”

Looking back now, Jackie recalls how she was able to ‘pass’ as heterosexual while raising her boys. “I could easily pass as a single mum with two boys, separated from whoever people thought I was separated from,” she says.

“Or I would say: ‘My friend died and I’m bringing up her child.’ I do regret that and, although it seemed the right thing to do, Jacob was initially quite angry when I finally came out to him.

“But he quickly came to understand that society was not so accepting of situations like mine, and realised I was worried the boys would be bullied at school.”

She had, however, felt as if she was living a lie. “As the daughter of a Holocaust survivor, I always lived in fear – but the greater fear was fear for my life,” she says. “Being Jewish and being lesbian, it was like a double oppression.
At that time, the Jewish press wouldn’t even use the word ‘lesbian’ – we couldn’t advertise our groups.”

However, when Jackie came out to her Jewish former boss six years ago, the latter took it in her stride.  “She said: ‘Yes, ok, and what are you making for dinner?’” Jackie laughs. “Times have changed so much.”

Pride And Joy by Sarah and Rachel Hagger-Holt is published today
(23 February) by Pinter & Martin, priced £11.99