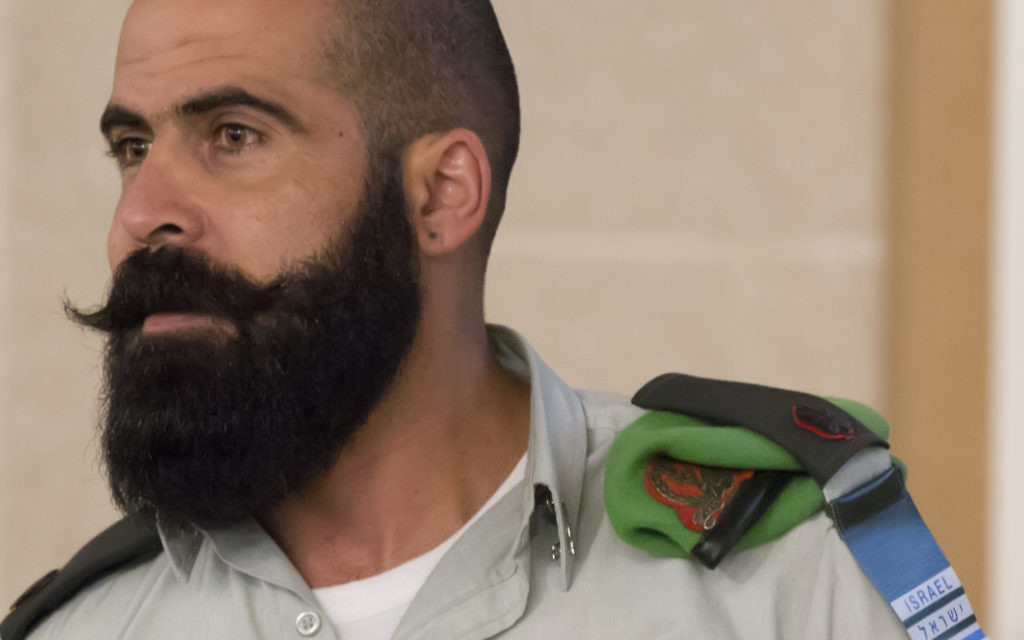 In the last few weeks, students across the UK have been involved in Israeli Apartheid Week.  Some have supported it. Others have opposed it. Invited by the Zionist Federation UK, last week I was able to attend campuses up and down the country specifically to address and counter some of the claims involved.

These fall into roughly three categories. First, that Israel is an inherently racist, and therefore unacceptable country, comparable to Apartheid South Africa. Second, that its army defends this racist status with acts of illegal and immoral violence. And third, that the only solution to this problem is through the isolation tactics of boycotts.

Like many I met during my visit, I oppose these views. But perhaps more than most people on either side of the debate, I am better placed to argue against them. Because I am an Israeli, an Arab, and the highest ranked Muslim in the IDF.

Is Israel inherently racist, an apartheid state? Well, do you think that such a country would tolerate a person like myself getting to the position I am today? Forget for a second (BDS supporters would like you to forget permanently!) that 20 percent of Israelis are non-Jewish, have full rights, and are represented throughout society. It’s one thing, after all, to have Arab politicians, Christian voters, and Muslim doctors – although we do have them, and quite a few at that.

But a non-Jewish army Major? Someone who has not only fought alongside Jewish soldiers, but now trains them too? Would a truly racist state allow me to play such an integral role in our nation’s defences?

More from the Jewish News:

And while we’re on the subject of those defences, let me tackle accusation two: that the Israel army is a particularly immoral one. I am not particularly religious, but as the Holy Quran says, “if anyone killed a person, it would be as if he killed the whole of mankind; and if anyone saved a life, it would be as if he saved the life of the whole of mankind.”

I do not serve in the army to kill people – I serve in it to save people. When Hamas fires rockets, or Fatah encourages stabbings, we are here to protect the lives of all Israeli citizens, Jewish and non-Jewish.

And so on to the last point – that the best way to resolve violence and conflict is through the kind of tactics advocated by the Boycotts movement. Namely, isolation and intimidation. For me, this is the most important issue, and the one which makes me shake my head with anger and sadness the most.

Like I said, I visited the UK to combat Israeli Apartheid Week, to challenge the lies and mistruths hurled at the country I am proud to call home. But what hurts me the most is not how unbelievable they are. The opposite, in fact. They are all too believable, and I should know – because I once believed them too.

The reality is that the town I grew up in did not recognise the right of Israel to exist as a Jewish state. While Arabic is an official language, I did not learn Hebrew until I was 17. I was raised to believe the worst things about Jews, and, had I not eventually met and worked alongside them, I might still believe those things today.

In my role as a soldier, I have met all kinds of people both in Israel and the Palestinian territories. Jews, Arabs, Religious, Secular, Left-wing and Right-wing. I have met Israelis who were prejudiced against me. But I have also met Palestinians who appreciate the work that I do to maintain some sort of peace and stability in the most dangerous part of the world.

Forget slogans and shouting. Peace – real peace – will only come when people talk to each other. Not necessarily agree – just agree to listen. But the irony of Israeli Apartheid Week is that it wants individuals to focus on differences, not similarities. Instead of building bridges between communities, it wants to build walls.

During my time in the UK, I spoke alongside a fellow soldier, a medic who has treated both Israeli soldiers and Palestinian terrorists without distinction. We were the Muslim who protects Jewish lives, and the Jew who saves Muslim lives. There’s only one country in the Middle East that could produce a couple like that – and it sure as hell isn’t an apartheid state.