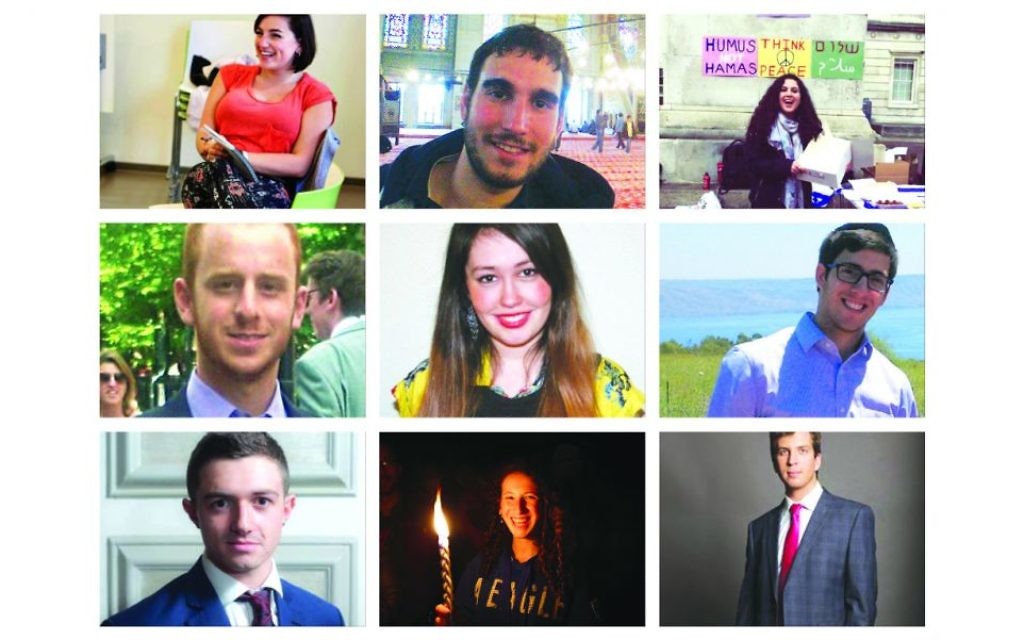 After hundreds of nominations and months of intense debate, Jewish News – in association with the Jewish Leadership Council – this week begins a fascinating three-week countdown of individuals, under the age of 30, set to define Anglo-Jewry in the decades to come. We begin this intriguing process by revealing the young stars in the making occupying positions 30 to 21.

Inspired by GIFT, Eliezer has set up the Shabbat Walk project, sending out 350 volunteers each Shabbat to visit families in need, hospitals and old age homes. 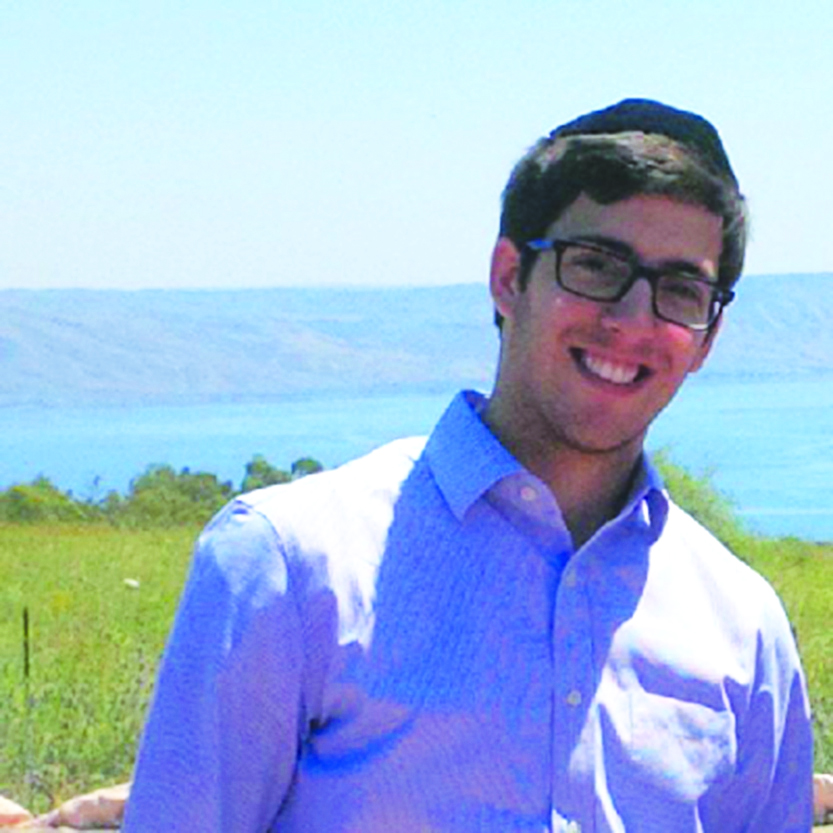 He coordinates and helps to cook the food packages sent out to 2,000 people every week, using his background as a trained chef to create nutritious, tasty meals for families.

Eliezer has been a strong positive influence on teenagers and young people, encouraging them to join the Ner Synagogue monthly cooking club and to collectively walk hundreds of miles across London every week to support and entertain vulnerable people in the community.

He spends all hours of the day and night organising the project so that as many people as possible can have a peaceful, enjoyable Shabbat. As well as this, he is a passionate volunteer for Camp Simcha, Camp Kef and Yad La’em, constantly giving time and energy to improve the lives of others. 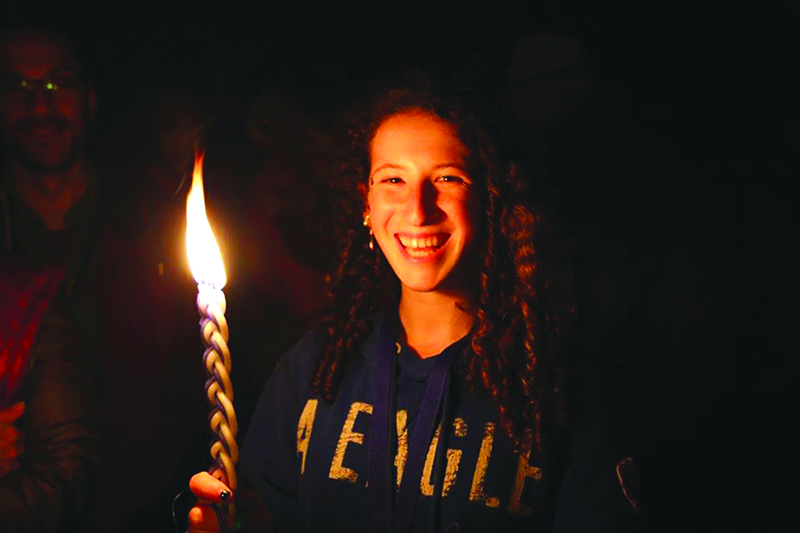 This year’s Yoni Jesner scholar blew the judges away with her work on mental health awareness and support. Beginning by giving out her own phone number as a helpline to struggling teenagers, Mia’s involvement has grown through joining the Barnet Youth Board and campaigning with the Barnet Community Mental Health group.

She was elected to the UK Youth Parliament as a representative for Barnet in 2014, championed London Mental Health Awareness Day with a £30,000 grant from the NHS, and produced a documentary highlighting the stigmatisation of mental health issues in minority groups, which was screened by Boris Johnson at the 2015 Conservative Party Conference.

Mia also volunteers for the Jewish Autism Trust and is the deputy head of her local Bnei Akiva branch. Her charisma and determination set her up to continue making considerable changes for her generation, both within the Jewish community and outside it. 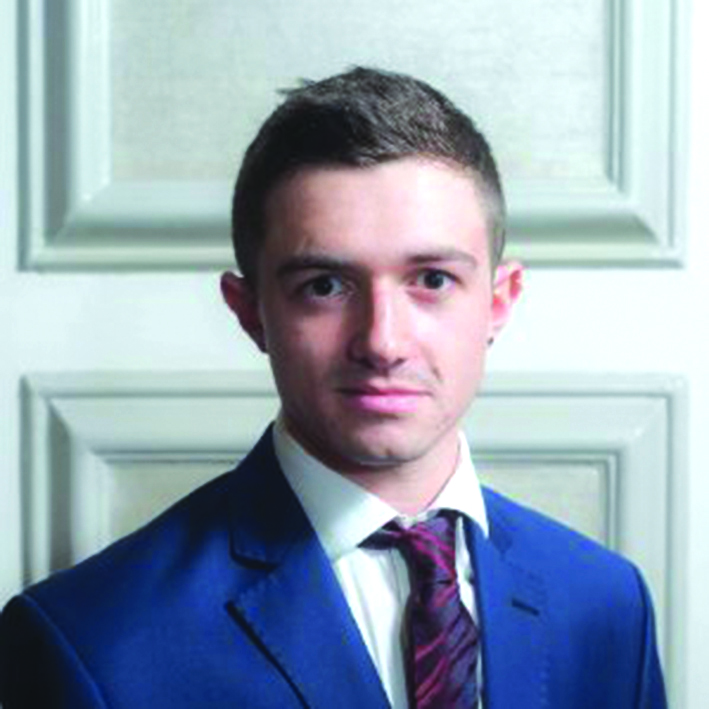 The new generations coordinator for the New Israel Fund, Graham is a key player in Israel education for young people across the country and facilitates programmes in schools and campuses.

His practical approach to programming and communication inspires confidence in colleagues and students alike.

Those who know him say he is someone who builds relationships and inspires connections between groups, and is always innovating and developing new ways to engage, such as NewGen’s Fellowship programme. Graham was previously a youth worker for Liberal Judaism before becoming the youngest trustee on its board and pouring time and commitment into this demanding voluntary role, organising the annual conference and spending time working on the core liturgy and other musical projects.

He is the Limmud Conference 2017 programming co-chair, and finds time to teach in the Rimon Religion School. Graham’s example of communal engagement is one to be admired by all. 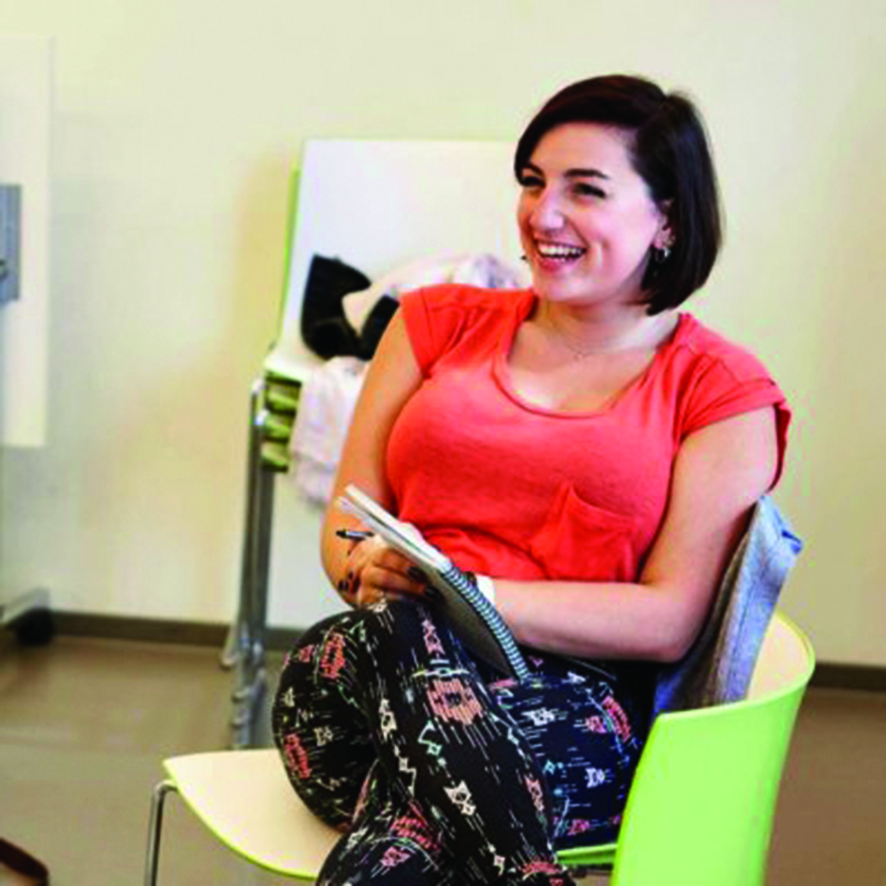 Abi is JW3’s young adults and families programmer, working full-time to develop creative events to engage people with Jewish cultural life. As part of this, she runs informal education sessions in schools, and reaches around 15,000 people with her events and activities throughout the year.

At Limmud, she has been responsible in the past for the young and teen programme, and this year co-chairing Shabbat. She has even taught at Limmud Shanghai, speaking about privilege.

Abi’s Masters in Playwriting has led her to work with teenagers producing short theatre pieces, discussing community issues from young people’s perspectives, and her work with The Advocacy Academy helps young people learn about their rights, the importance of education, and the effect of privilege. In the Jewish community, Abi has done work with Reshet, demonstrating an outstanding number of ways she is working to improve and contribute to the world around her. 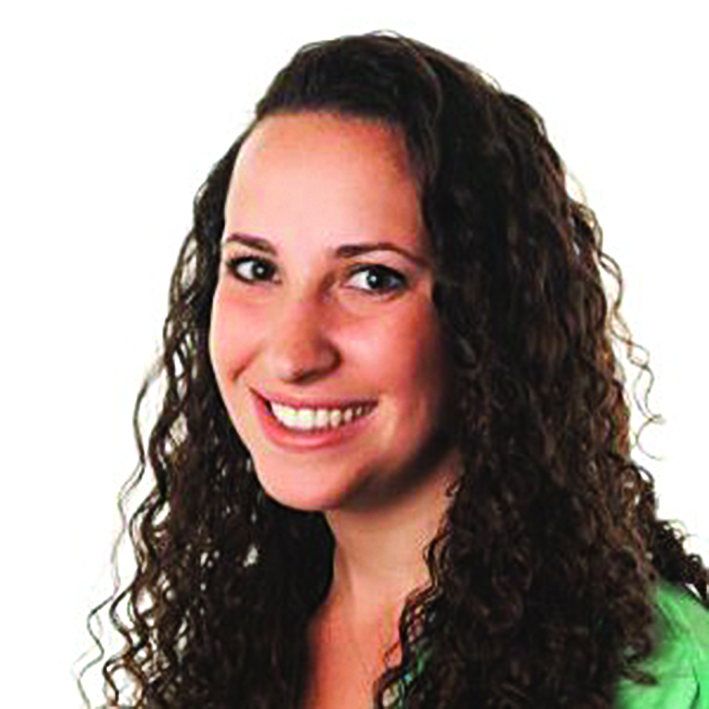 Georgina works as the UK coordinator for Olam, based at JHub. This global network of Jewish communities strives to engage with questions of international development, and Georgina is at the forefront, having recently launched the Chief Rabbi’s trip to India and running programmes in places such as Argentina and Ethiopia.

As leadership and training director at UJS, she was responsible for the recruitment and development of thousands of Jewish student leaders, helping young people gain skills necessary in many different circles, including women’s campaigns, the National Union of Students, and JSocs. Georgina also launched UJS’ March of the Living programme, which has run for six consecutive years, and she now volunteers as a bus leader and educator on the trip.

Her love of community building and young leadership development make her a key player in the formation of her generation, as she doubtless will be for young people in the future. As helmsman of the country’s largest unaffiliated youth movement, he has taken on a huge responsibility and is demonstrating great capability and dedication in his role. Intent on strenghtening pluralist education in FZY, he has built connections with StandWithUs and Yachad, and has led Israel Tour twice.

He has also worked on the initiatives of former movement workers, bringing to fruition a partnership with Tzedek, whereby volunteers will travel to Ghana for three weeks this summer. At university, he was a Birthright leader, a ZF campus ambassador, and sat on the NUS’ Democratic and Procedures Committee. An all-rounder who inspires both young and old, Noah’s energetic yet diplomatic leadership style will be an asset to the community in the future. 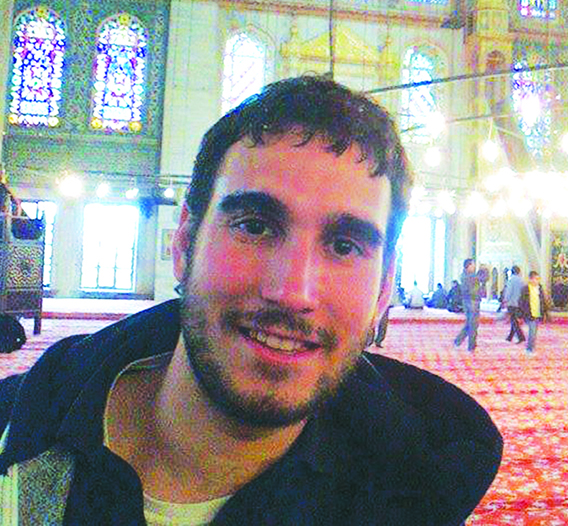 Formerly the mazkir of Bnei Akiva for a rare extended term of two years, Ben is now making waves as the UJIA’s Israel engagement and Hadracha educator.

It is his responsibility to train the Israel Tour madrichim of every youth movement in the country, and his creative, thoughtful approach to teaching, coupled with his ability to suspend his own ideology and work with each movement individually, makes him one of the most acclaimed educators of his generation. He brings his three years of yeshiva study to his work, but is nuanced and innovative in his programming, tailoring it to the people with whom he is working and building strong relationships across the religious spectrum, from LJY to Ezra.

Ben is playing a crucial role in helping to develop a love of Israel and Judaism for hundreds of young Jews across the UK, which will impact the community for years to come. 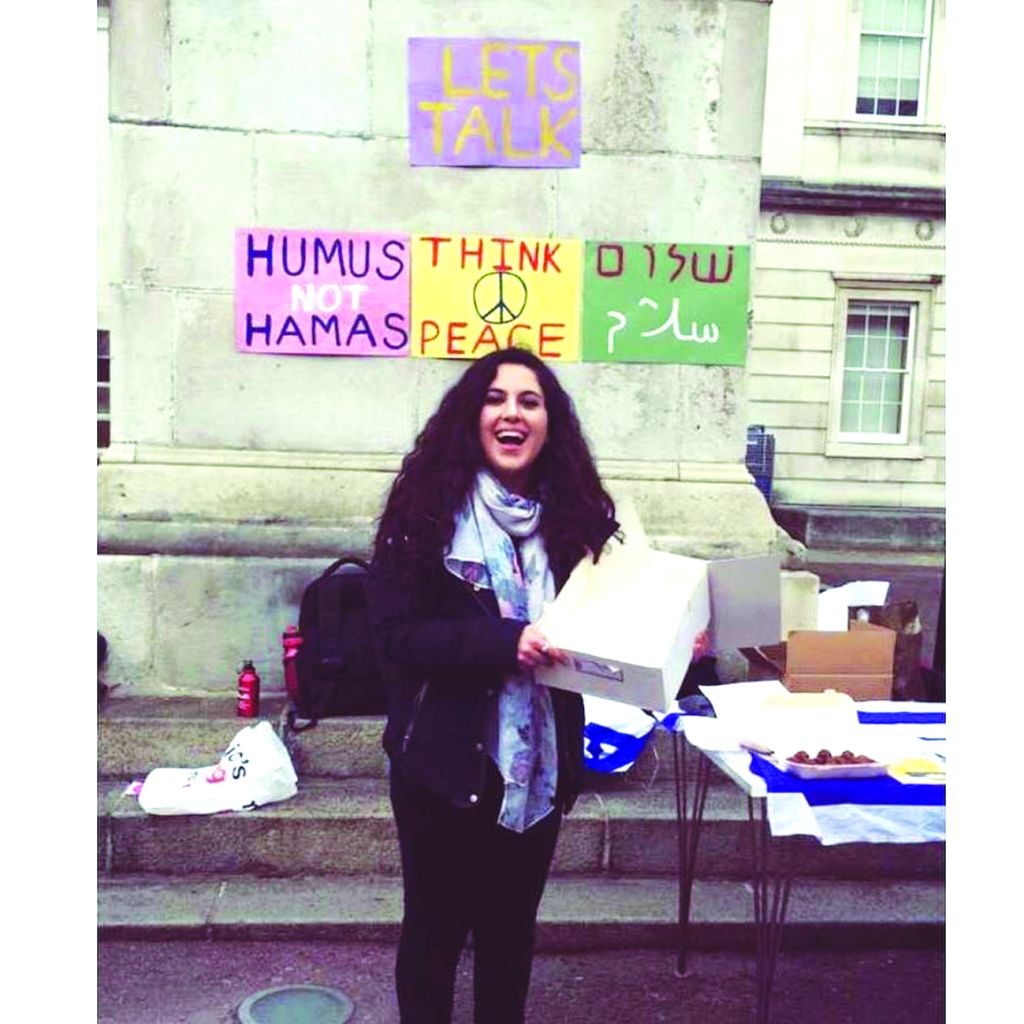 As president of the Queen Mary University JSoc, Devora made headlines late last year by standing up for Israel in an incredibly hostile environment: an angry protest against Hen Mazzig, the Israeli writer, negotiator and activist, speaking at UCL at an event organised by UCL Friends of Israel, KCL Israel Society and Camera.

Holding her own against violence and threatening chants, Devora continues to lead Israel advocacy on campus, and published a thought-provoking blog on The Times of Israel entitled ‘Hatikvah in the face of hatred’, reiterating the need for moderation and dialogue between Israeli and Palestinian activists.

She now acts as a student organiser for StandWithUs, sits on the Board of Deputies as UJS Deputy, and continues to vocally champion Israel despite the violent opposition she has witnessed. 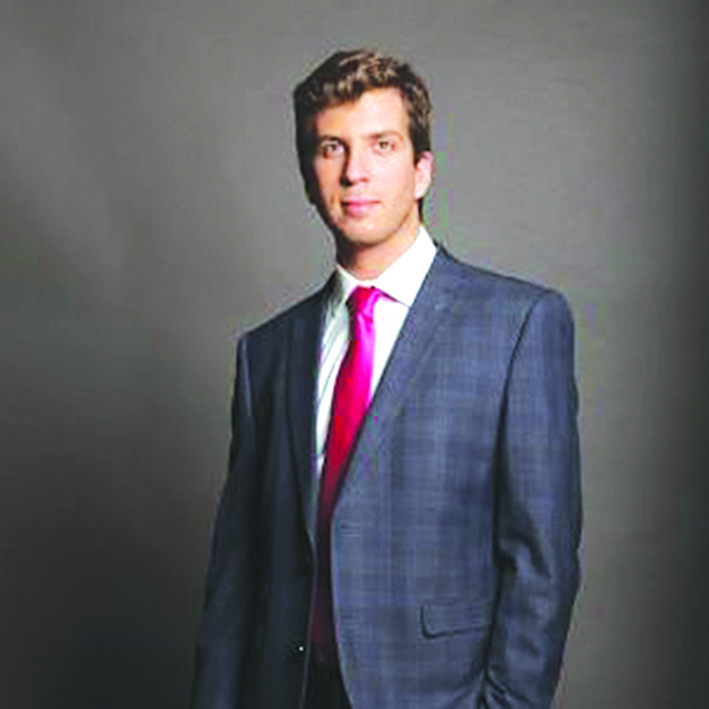 Multilingual Joel didn’t grow up in the UK, but has flung himself into communal life here in an astonishing way.

As UK regional representative for Masa Israel Journey, he brings an alternative perspective to education, which his colleagues find refreshing and valuable, and is involved in everything from managing events to initiating email-based marketing campaigns.

He also works as the technical manager at Reshet, bringing forward the organisation in its online expertise and proving to be a priceless asset. He is greatly appreciated for his creative approach in revitalising Reshet’s website, databases and communications systems, helping it to become more efficient.

Joel’s energy and drive can be seen in everything he does, from music and athlete management, youth mentoring, sports coaching and Israel advocacy. This softly-spoken contributor should not be overlooked, as his talents and skills will make him a stalwart of the Jewish community in the future. Charlotte is Mitzvah Day’s interfaith coordinator, which involves presiding over 83 interfaith events this year to build bridges between the Jewish community and others.

Her strong campaigning background makes her ideal for this role: She sat as a Jewish representative on the NUS’ National Executive Council in 2014-15 and was co-convener of the NUS’ anti-racism and anti-fascism campaign. Charlotte has also worked at the Holocaust Educational Trust in operations and public affairs, and is an active member of the Jewish Labour Movement and a campaigner for the anti-extremism organisation Hope Not Hate.

She impresses onlookers with her drive to maintain a strong Jewish identity while remaining outward-looking – during her time at Leicester University she revived the JSoc while creating a university-wide interfaith network. She possesses the idealism and determination for effective interfaith work and her abilities will continue to benefit the community.

OUR THIRTY UNDER 30 PANEL…