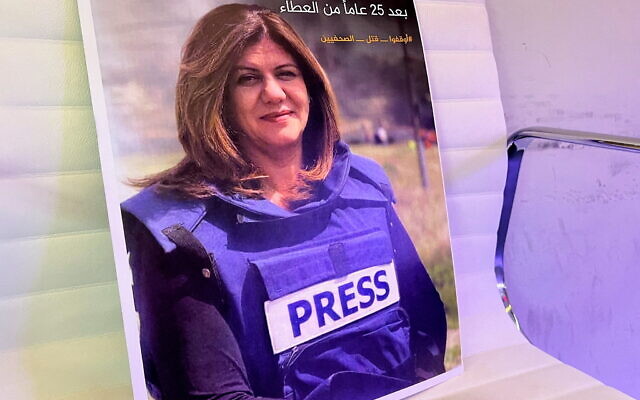 A picture of Al Jazeera reporter Shireen Abu Akleh, who was killed by gunfire this week, in Qatar (Photo: Reuters/Imad Creidi)

Thousands were set to attend the funeral of Al Jazeera journalist Shireen Abu Akleh, days after she was shot in the head while reporting on an Israeli army operation in the West Bank.

Her body was due to be buried in an East Jerusalem cemetery following a service at a Catholic church in the Old City.

A day earlier the coffin of the 51-year-old, well known after years of reporting on the channel’s Arabic language service, was carried through the streets of Ramallah with her bulletproof “press” vest placed on top.

Footage from the scene after she was shot shows Abu Akleh was wearing it, as well as a helmet.

Israeli officials have described Abu Akleh’s killing as a tragedy and called on Palestinian officials to work with them to investigate the circumstances leading to her death.

But Palestinian President Mahmoud Abbas, who was among those speaking in Ramallah on Thursday, said they would conduct their own investigation and pass its results on to the International Criminal Court.

“We reject cooperation with the Israeli investigation. We do not trust them,” he said. 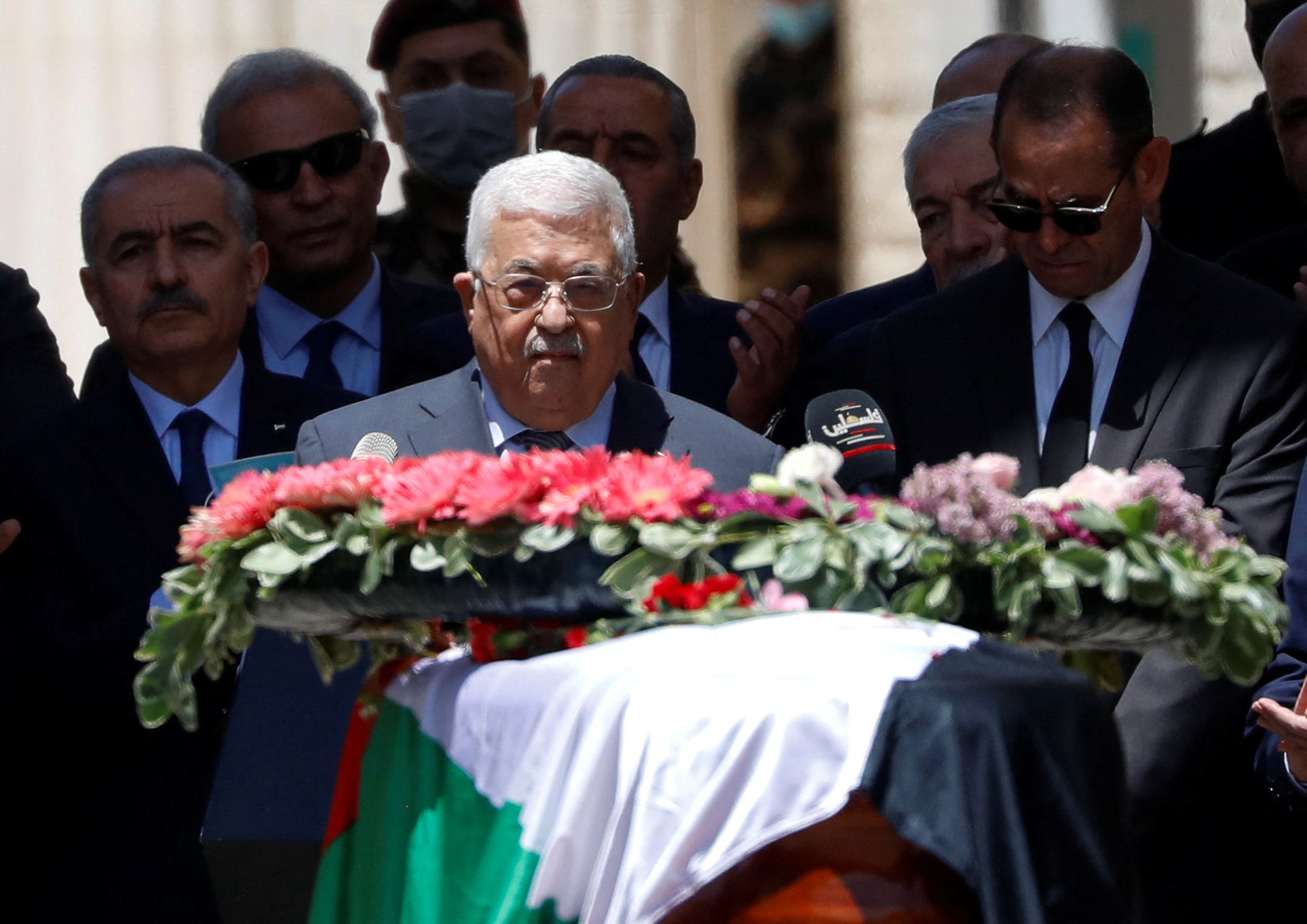 In a statement, Israeli Prime Minister Naftali Bennett’s spokeswoman Keren Hajioff said: “Shireen Abu Akleh’s death is a tragedy. There’s no other word for it. She was an experienced journalist, whom many of my own colleagues used to work with.

“We have to get to the bottom of what happened — to find the truth and only the truth. Israel asked the Palestinians to conduct a joint investigation to find out what caused Shireen’s tragic death, but the Palestinians refused.”

But Al Jazeera said in a statement: “We hold the Israeli government and the occupation forces responsible for the killing of the late colleague Shireen.”

Israel should be held accountable for the “intentional targeting and killing” of Abu Akleh, it added.

Israel’s own investigation team is led by Colonel Meni Liberati, the head of the IDF’s Commando Brigade.

Aviv Kohavi, the chief of the general staff, said: “At this stage, it is not possible to determine whose gunfire she was hit by and we are sorry for her death. 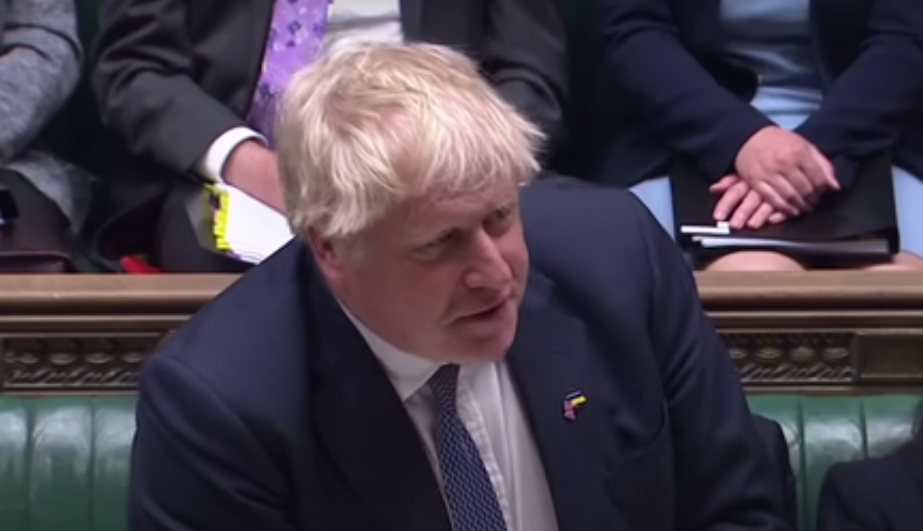 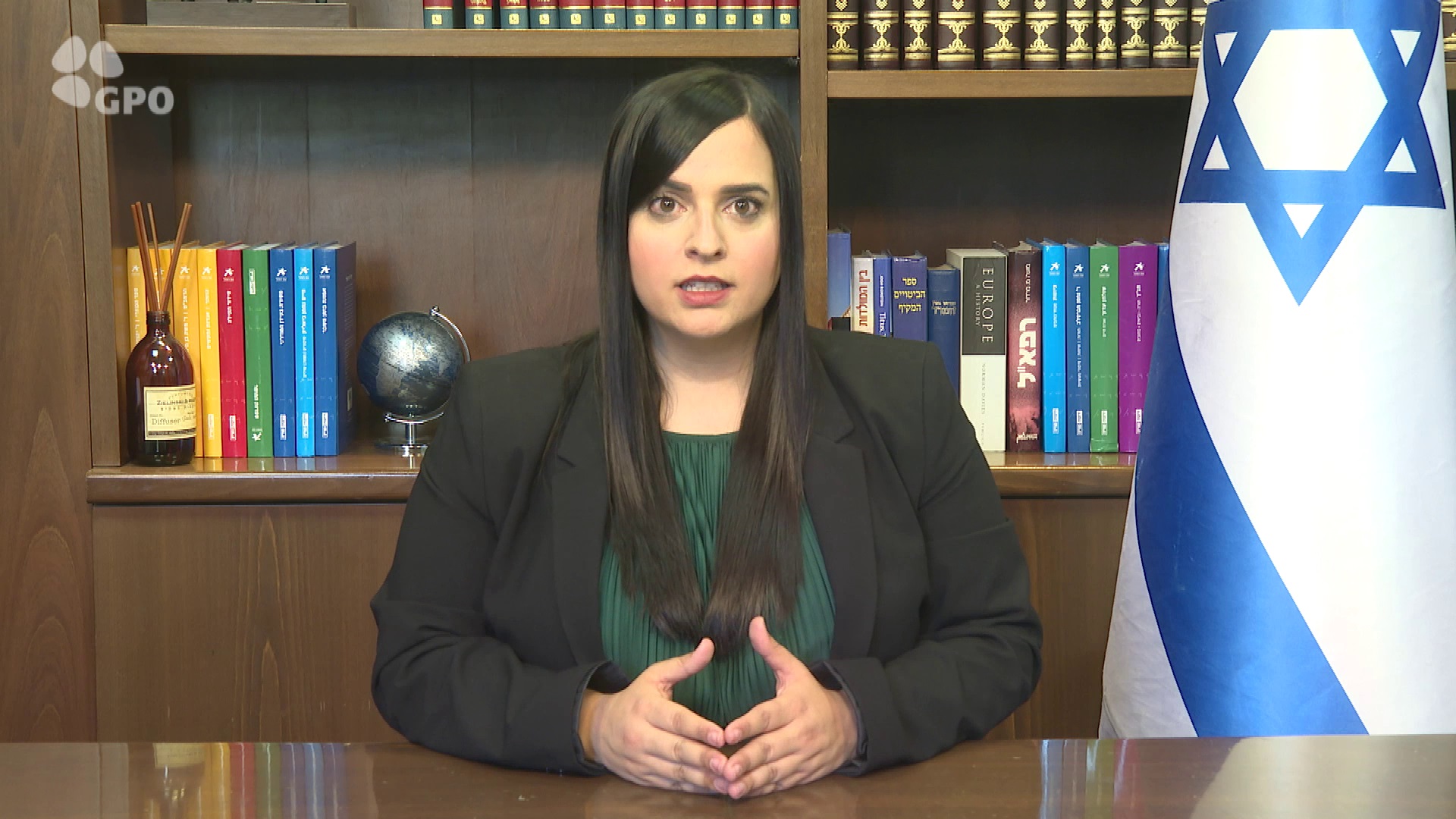 “The Palestinians carried out widespread gunfire at our forces – wild, indiscriminate fire in all directions. The journalist who was killed was present inside the area of the fighting.

“The soldiers operated under fire, and showed courage and determination to protect the citizens of the country, and we will continue to do so wherever we are required.”

UN Special Rapporteur on Palestine, Francesca Albanese, said in an interview with a Turkish news agency on Wednesday that Abu Akleh’s death is a “potential war crime”.

Albanese told the Anadolu Agency that Abu Akleh’s killing constitutes a “serious violation of international humanitarian law and is potentially a war crime under the Rome Statute of the International Criminal Court.”

She said: “The tragic death of Shireen Abu Akleh is yet another serious attack on journalism and freedom of expression and the right to life and safety in the occupied Palestinian territories.”