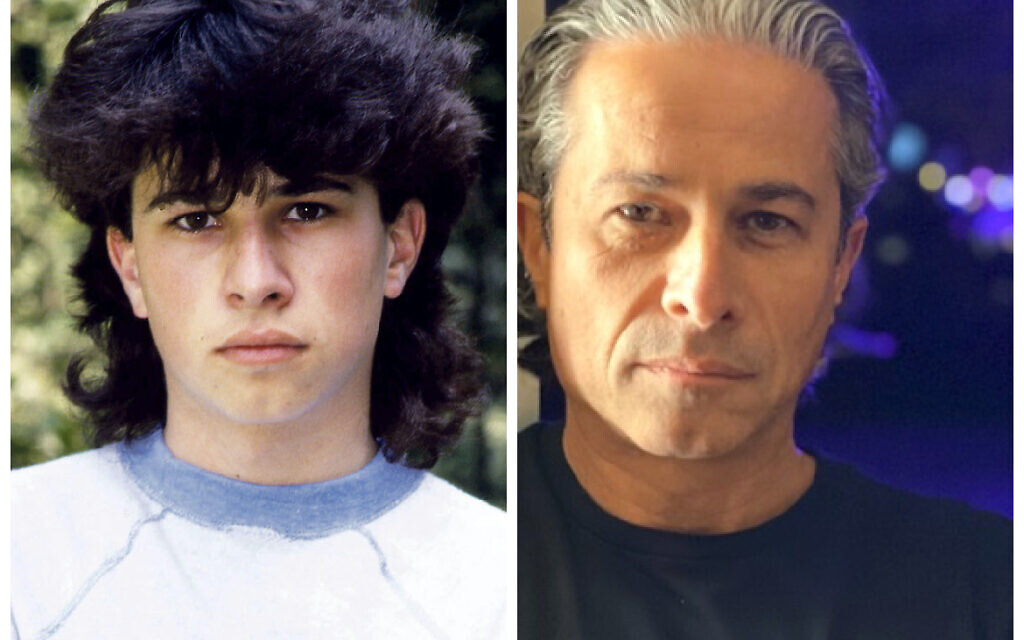 Ricky Simmonds as the sensitive teenage schoolboy Ant Jones, and as he is now, with a career in dance music

From the tub-thumping theme tune to the comic strip opening credits, the mullets and, of course, the stolen sausage on a fork –
for anyone growing up in the 80s, Grange Hill was the must-watch television programme.

Beginning in 1978, the BBC children’s drama created by Phil Redmond – who received a knighthood in the Queen’s Birthday Honours – became one of the longest-running shows on British TV, ending only after 30 glorious years.

Who can forget the stern Mrs McClusky, or the bow tie-wearing
Mr Bronson, who would walk into the classroom and choose his next target? While he was perhaps the most feared in the era-defining series, Grange Hill left us with a whole host of memorable characters grappling with gritty yet realistic storylines.

Among them was school sports hero Anthony (Ant) Jones, who was destined for academic success. He was played by Ricky Simmonds in Series 9 and 10, which were released this week on DVD box set for nostalgia-seeking fans. 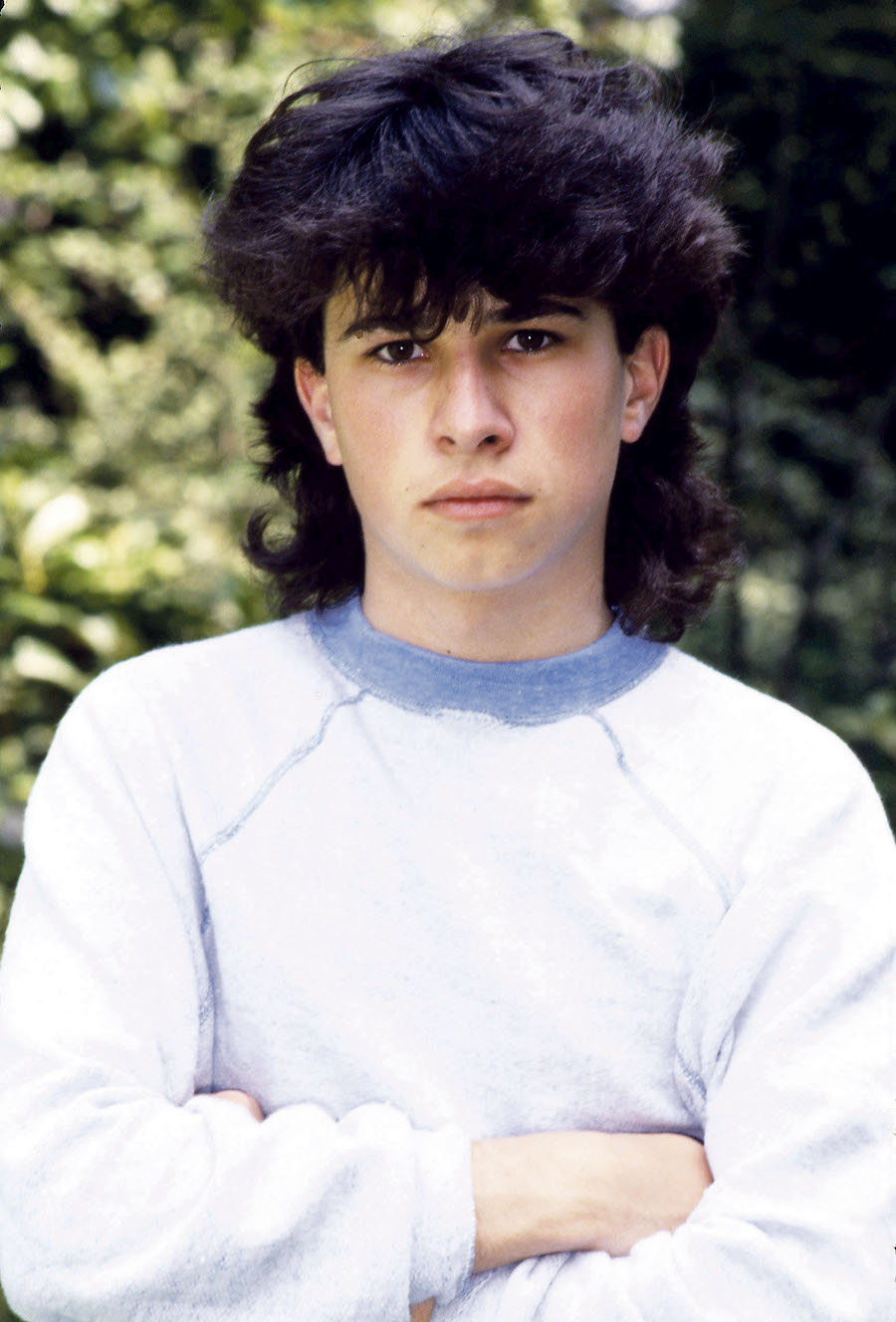 As one of them, I was eager to catch up over the phone with north Londoner Simmonds, who reveals what it was like to have the level of fame that comes with being in one of the most successful children’s series.

“It was totally surreal. You’re going into  a show that had been so iconic for years, so you expect you’re probably going to be recognised. Because I’d got friendly with some of the [cast], I’d seen the reaction, but I can’t really overestimate how weird it was,” he says.

Simmonds was 17 in 1986 when he played 14-year-old Ant, and quickly became a heartthrob – both in the programme and off-screen. How did it feel to find himself on the covers of teen magazines?

“That was another weird layer of it,” says Simmonds, who worked as a model in his early teens. “I didn’t expect to suddenly be in these
magazines. Just Seventeen almost adopted me!” 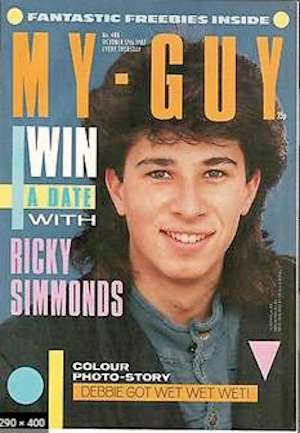 The actor as a cover star

Ant was a sensitive, somewhat intense character. “There wasn’t a lot of laughter around him. He was being pushed and pulled by one teacher who bullied him and a sports teacher who always wanted him to be in the swimming and football teams – and that was really not me,” Simmonds laughs.

His character sported an Eighties mullet, for which he has his mother to thank. “She was a hairdresser before she became a florist and from when I was a child into my teens, she always cut my hair. She was ahead of her time because she got there before a lot of First Division footballers had mullets,” chuckles Simmonds, 53, who grew up in Chalk Farm and now lives in High Barnet.

Although it’s 34 years since he first appeared, “some of it still feels quite fresh,” he says. “But apart from it being a long time ago, it was such
a different world then. Now there are so many competing mediums.”

Before joining the cast, Simmonds had been a “massive fan” of the show, which tackled a variety of subjects. There was the ‘Just say no’ anti-drugs storyline spurred by Zammo Maguire (Lee MacDonald) becoming addicted
to heroin – about which he says: “It felt particularly special joining Grange Hill in the very series in which they attempted their most controversial storyline yet.”

This led to a campaign and pop song called Just Say No, which got to number five in the charts (“Thank God they didn’t ask me to wear leg warmers and dance in the video,” he jokes).

Some of the cast members, including Simmonds, were invited to the White House to meet with Nancy Reagan to help promote a similar campaign in the US. “It doesn’t get more surreal than talking about drugs with the First Lady,” he laughs, before adding: “And there’s stuff like racism and even a teenage pregnancy storyline. This was the only place you’d see what goes on in 11- to 14-year-old kids’ lives. It does surprise me that at 5.10pm you had some of these storylines.”

His favourites were “definitely the ones with Mr Bronson where he was bordering on abusive. Ant felt bullied by him and it got to the point where he ran away from home”.

The former JFS pupil admits he was also not the teacher’s pet. “I was in a group of people who used to wind them up,” he reminisces. “I can’t say I’m proud of it, but it was a lot of fun.

“Some of the teachers hated me. I was not academically minded. Because
I was into drama and music and I knew, probably from the age of 14 or
15, it was what I wanted to do, so I didn’t take [school] seriously.”

For the past two decades, Simmonds, who has two teenage children, has been prominent in the dance music world. Along with his creative partner Stephen Jones – they had been in a band with Simmonds’ brother – the pair are well known as The Space Brothers and collaborate on other musical acts, including Chakra and Lustral. 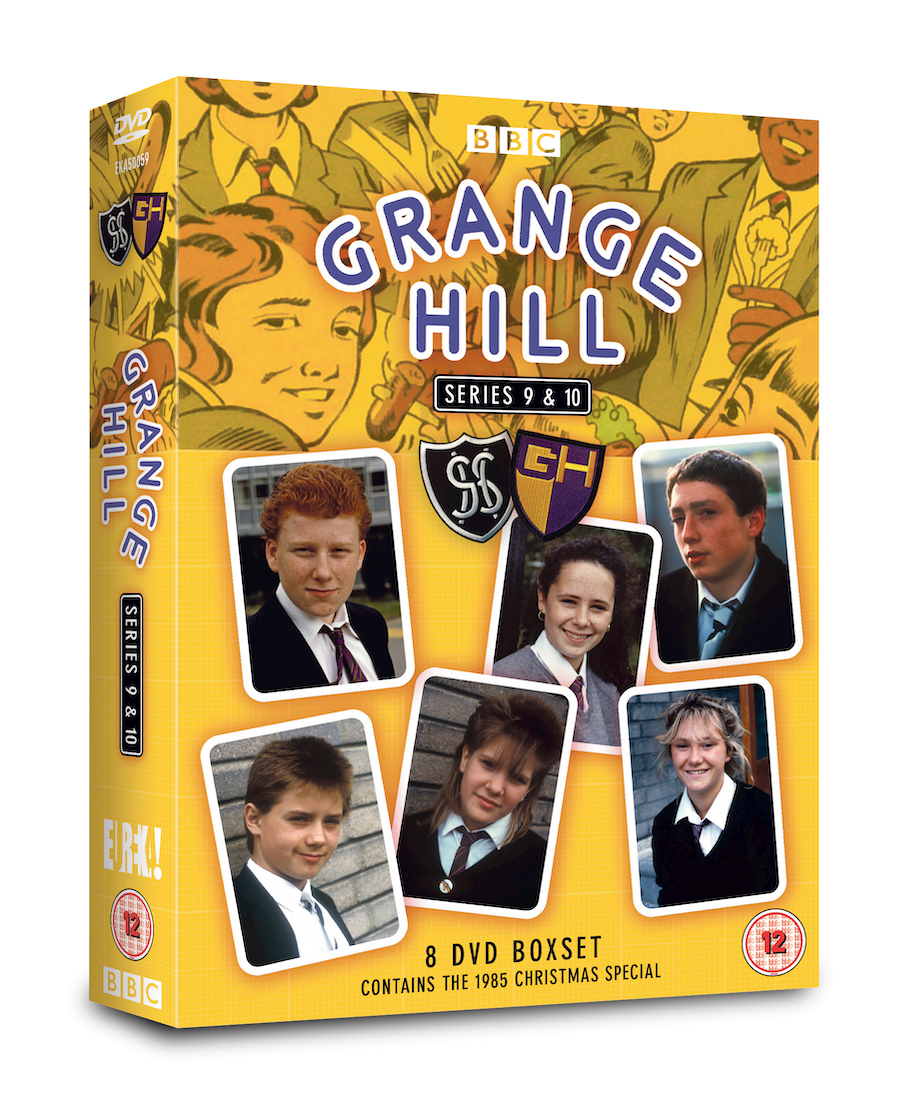 Grange Hill Series 9 & 10 DVD box set is released by Eureka Entertainment and is available now from Amazon, Sainsbury’s and Tesco

The duo were “blown away by the music” at a club one night and started exploring whether they could put songs onto mostly instrumental dance music. Gradually they found their niche, achieving several top 40 hits and are still going strong. But what’s a nice Jewish boy doing in dance music, I ask him.

“I love that question. Well, a nice Jewish boy is going to be where the food is good – but the food in dance music, well…” he laughs and tells me that one of his satisfying moments is including the word schvitz in the dance track Lost in Space.

While he wouldn’t call himself religious, he is “very proud of my background, family and my ancestors and being part of the Jewish community”.

He credits his parents with allowing him to explore the paths that led
him to success. “I always had the most unbelievable support and encouragement from them and I got to do something I loved in life,”
he says. A nice Jewish boy indeed.