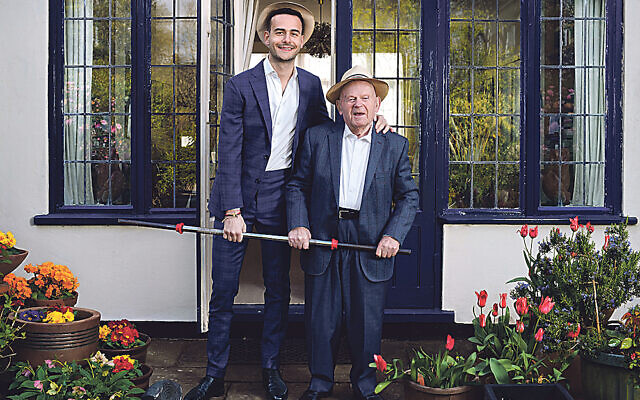 Sir Ben Helfgott with his grandson Sam. Ben was a champion weightlifter after he arrived in the UK. Credit: Frederic Aranda

The UK’s envoy for post-Holocaust issues helped launch a Jewish News-initiated exhibition of photographs of Holocaust survivors and their families at UNESCO’s HQ on Tuesday.

More than 50 photos by leading photographers including the Duchess of Cambridge will be on show in Paris for the next week, including on the perimeter fence of the building.

Join us for the online launch of the exhibition "Generations: Portraits of Holocaust Survivors" of 50 photos of Holocaust survivors and their families on the fences of @UNESCO in Paris, supported by @WorldJewishCong
Today, 4 pm UK, 5 pm Parishttps://t.co/1MdeY7x6pM#WeRemember pic.twitter.com/xotMDf7qYu 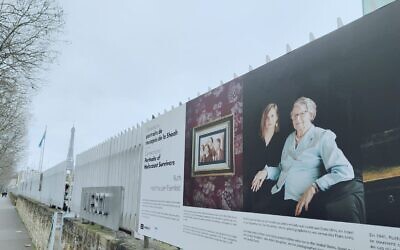 Hosting the virtual ceremony, the UN body’s Karl Fracapane urged people to “reflect on the power of culture and entertainment, its power to bring people together and foster understanding. Its power to empower young people and help them recognise their responsibility to carry forward the memory of the Holocaust and stand up for human rights.”

Simon Hill, President of the Royal Photographic Society, said: “The essence of portrait photography is about capturing the personality, identity, emotion and experience of the sitter. In the right hands photography is an incredibly powerful medium, that can easily become the catalyst for change.”

Chief Executive of the Holocaust Memorial Day Trust Olivia Marks-Woldman spoke of  the children, grandchildren and  great grandchildren of “these remarkable people: new generations that stand as a testament to the failure of the genocide, but also offer a tragic reminder of the families that could have been but never were”.

The initiative is also backed by the British and Monaco missions to the UN. Ambassador Laura Davies hailed the exhibit for capturing “the richness of the lives of these genocide survivors.”

Chief Executive of the Holocaust Memorial Day Trust Olivia Marks-Woldman highlighted the: “children, grandchildren, and even great grandchildren of these remarkable people: new generations that stand as a testament to the failure of the genocide, but also offer a tragic reminder of the families that could have been but never were.” 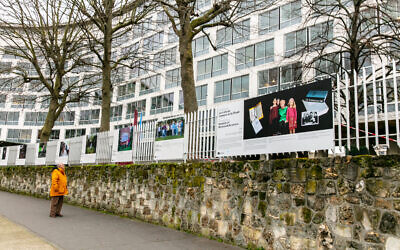 Meanwhile, UNESCO and the WJC partnered with TikTok to tackle Holocaust misinformation amongst young people online. From today, TikTok users searching for terms related to the Holocaust, such as ‘Holocaust victims’ or ‘Holocaust survivor’, will be guided towards the WJC and UNESCO website.

Let's use the power of #education to dismantle hate & Holocaust denial!

Know that together with @WorldJewishCong, we have created an exhaustive educational website #AboutHolocaust to counter its denial.

“TikTok allows us to reach a new audience, among whom some may be uninformed about the horrors of the Holocaust and therefore potentially susceptible to misinformation. We welcome the platform taking responsibility and leveraging its reach to stop the spread of antisemitism and Holocaust denial.”