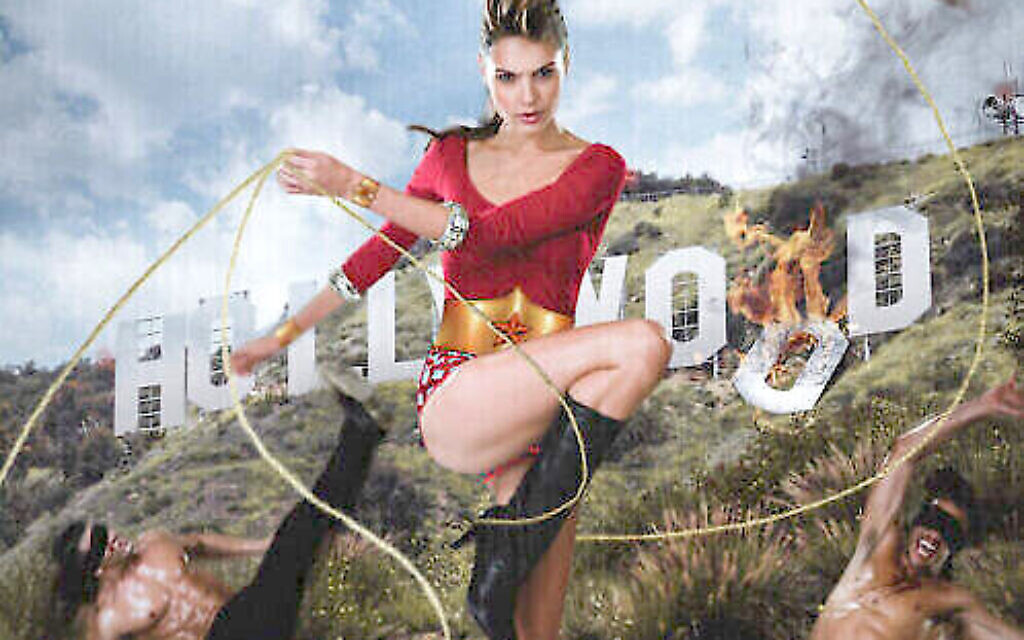 Moses Pini Siluk is one of Israel’s most gifted photographers – but the trickiest to spot because he’s often in disguise. As Van Gogh. As Leonardo Da Vinci. Or as Theodore Herzl, who he recreated with prosthetics then took to Tel Aviv’s most popular gay club for photos.

“I took him to see how wild and free Israel is today,” explains Moses. “Herzl envisioned a free country, but did he ever imagine it as the liberal epicentre of the Middle East?”

During Israel’s strict lockdown Moses was more adventurous than most and while other citizens stayed at home, he took Shtisel stars Dov Glickman and Sasson Gabai to the beach in Tel Aviv. The socially- distanced sunset shot was used  as the cover  for Life magazine  in September, but there is more to Moses than visual risk-taking. He can also manifest the future as Gal Gadot can confirm. 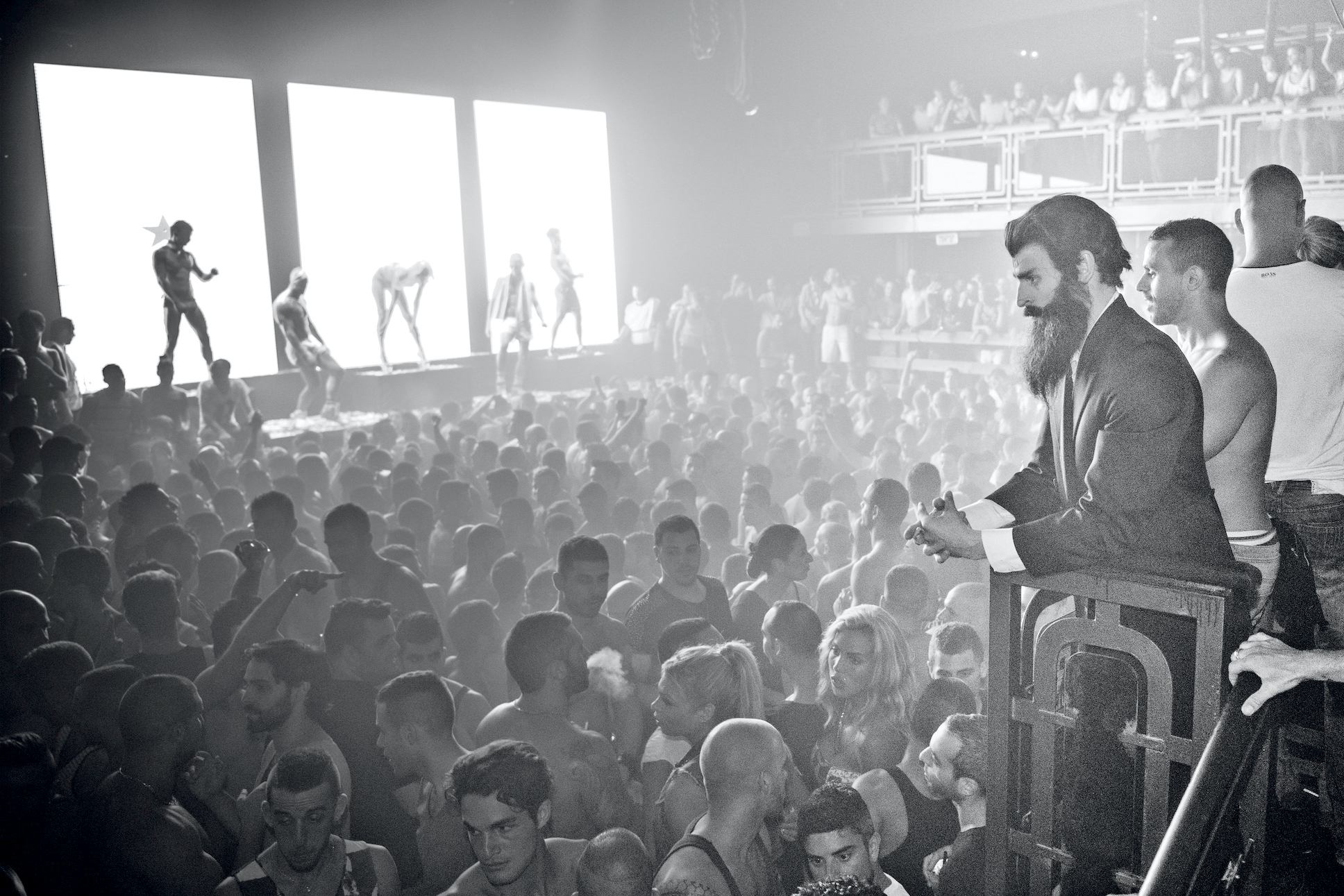 It is hard to think of Israel’s most famous export than anything other than Princess Diana of Themyscira aka Wonder Woman. And with the long-awaited sequel Wonder Woman 1984 due to be released on December 16 at UK cinemas for one month, we are primed to reacquaint ourselves with the Amazonian warrior. But long before she put on her clingy gladiatorial armour and picked up a sword for Warner Bros, Moses had already predicted her superhero future.

“I presented Gal Gadot as Wonder Woman in a shoot for Sheva Leylot magazine seven years before she was considered for the role,” says the lens maestro. “Back then she was a rising star in Israel with a dream and fierce determination. She was flying around the world working and taking care of her family, and to me that triggered the idea of superhero. And she was more than happy to pose for the portrait. Neither of us realised we were capturing what lay ahead. ” But Moses’ talent aren’t confined to predicting the future. He also manipulates the past in an inspired collection of self-portraits in which he physically adopts the identities of famous artists and scholars who have long since died.

“They are my interpretation of Tikkon Olam (Hebrew for repair the world),” stresses the 37-year old from Netanya.

“The artists I recreate seldom got to experience recognition in their lifetime and I felt their dreams should be resolved.

“So I transformed myself into them physically and spiritually to create portraits of experiences I believe they would have loved.” 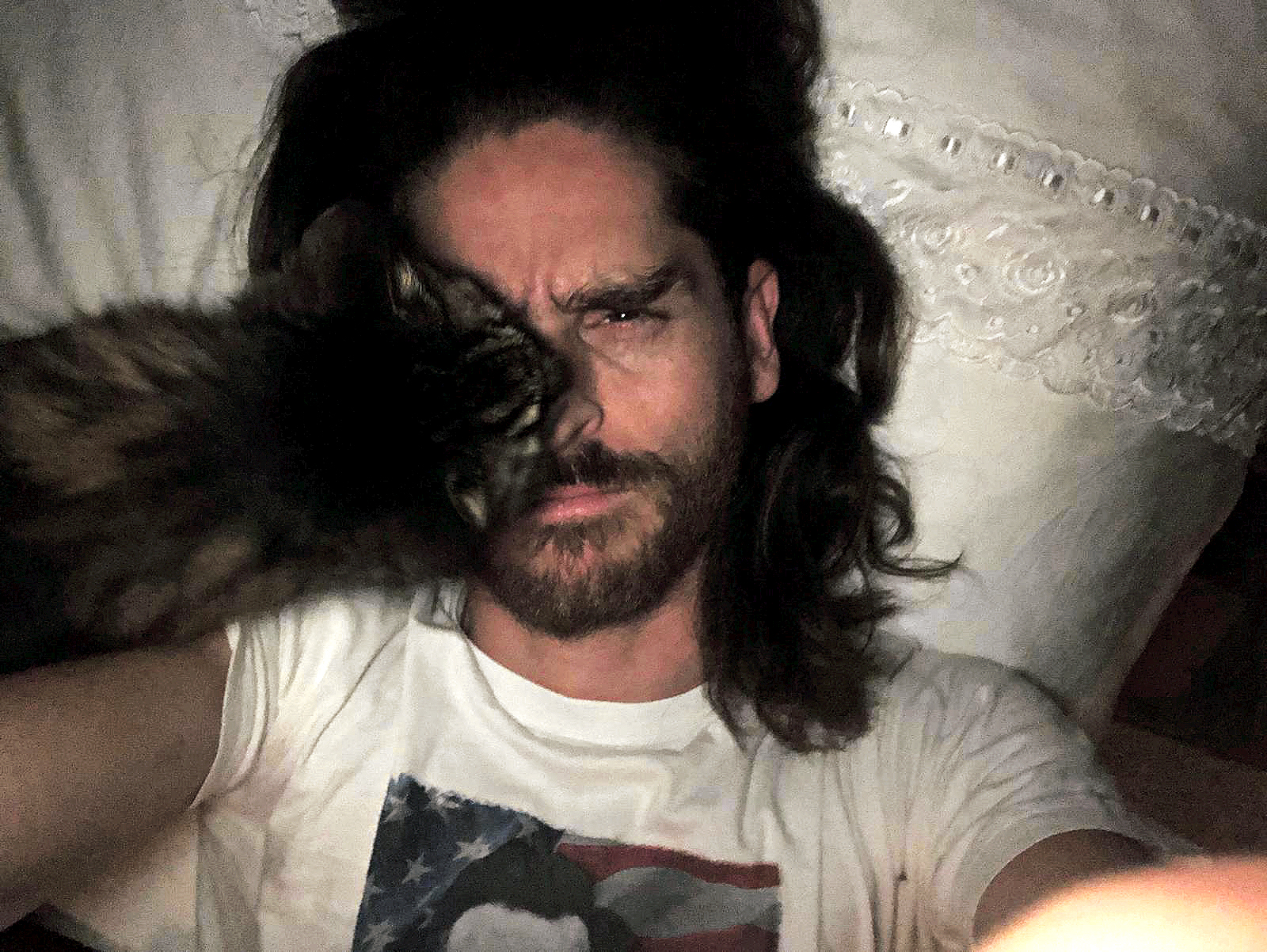 It’s a complex concept, but one with enormous heart which is evident in his Vincent Van Gogh portrait Truth Come Dream Come True.

“Van Gogh sold only one piece of work before his death and never received the support he deserved, so I showed him what he achieved posthumously, by taking him to New York’s Metropolitan Museum to see his name on the hoarding.”

Moses did the same for Da Vinci with a portrait set in Florence’s Uffizi Gallery where he was never commissioned and did similar in mounts for the likes of Botticelli Michelangelo and Titian.

The photos, which are digitally painted over many days in photoshop, look like classical paintings including his epic-sized image Lion of Zion featuring a spectacular lion wearing tefillin which was created to raise the moral of soldiers injured during the last war with Hammas. 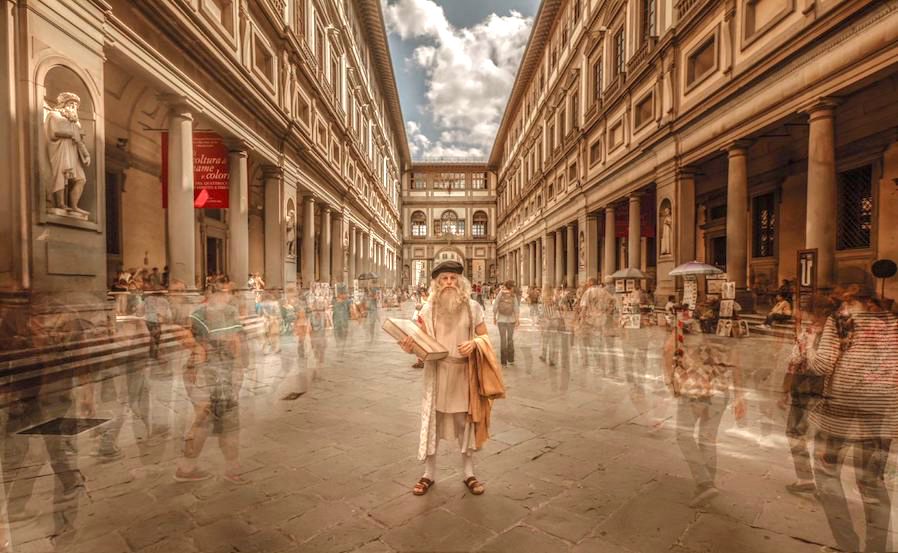 Moses as Da Vinci in the Uffizi gallery

Moses got into photography as a night-life snapper in 1999, capturing high energy parties attended by the famous and fabulous.

“Initially I was just excited to be hanging out, but when I got to shoot a kibbutz soldier’s party something clicked in my mind and I understood the the power of capturing a flitting moment for all time.”

Modern day Moses also enjoys having fun on a shoot and just as he transformed Gal into a DC character, he did the same with Gilad Hardan, just as he was elected Israeli Ambassador at the UN.

“I presented him as Superman the country’s defender, with a Magen David logo on his chest,” says Moses, but the image has yet to run as it was a step too far for Gilad. 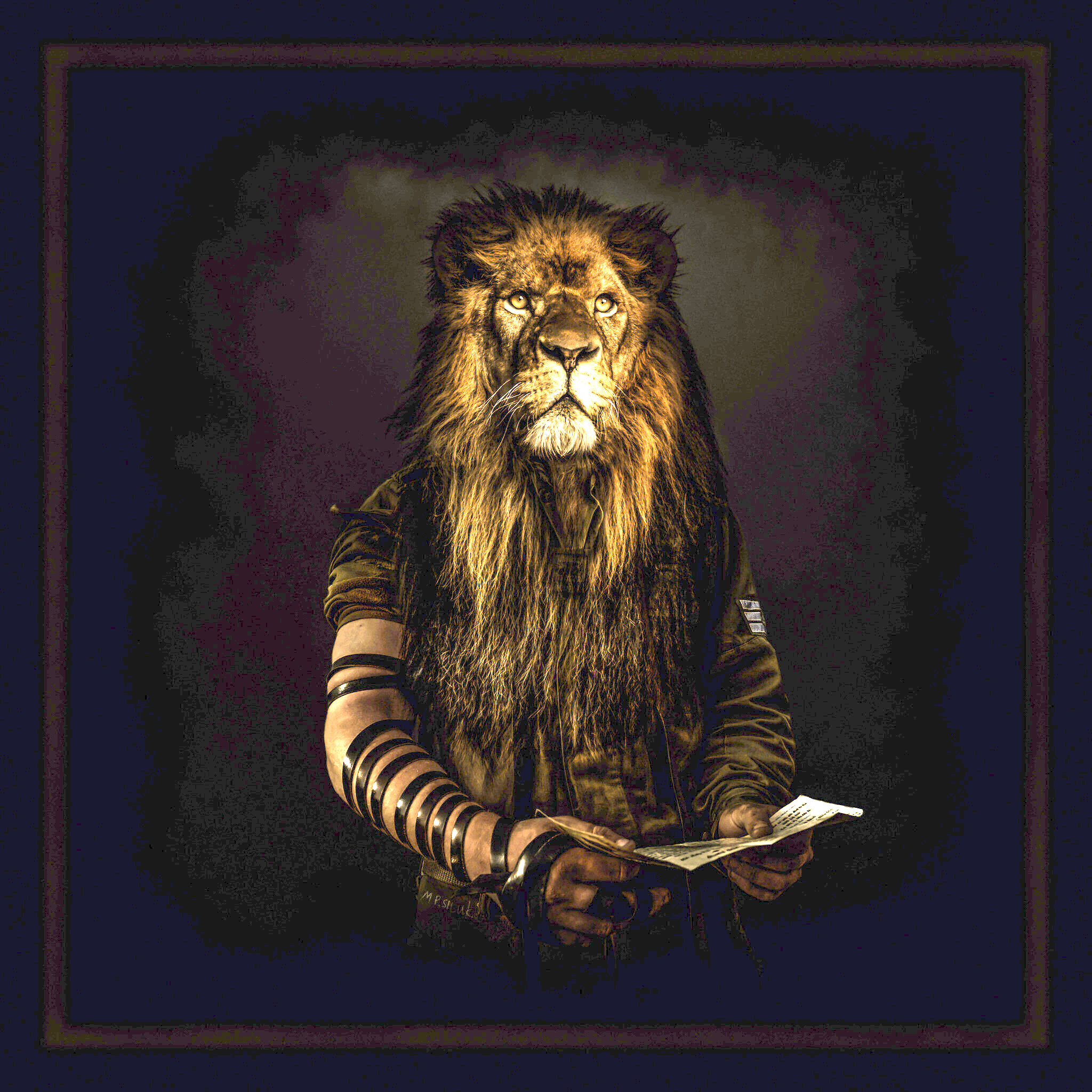 “Perhaps when he runs for president,” says the snapper who advocates following dreams , though his next is controversial, as he will be resolving conflict in Biblical stories to spread a message of hope and forgiveness to the world.

For this there will be no blame-shaming by Adam and Eve before God; no stone-throwing in David and Goliath and Delilah will not cut Samson’s hair.

“To see an end to war and chaos and changing the stories we grew up with is where to start. The project is called Khalas which is Israeli/Arabic slang for ‘stop’ or knock it off. Think of it as a contemporary commandment.” 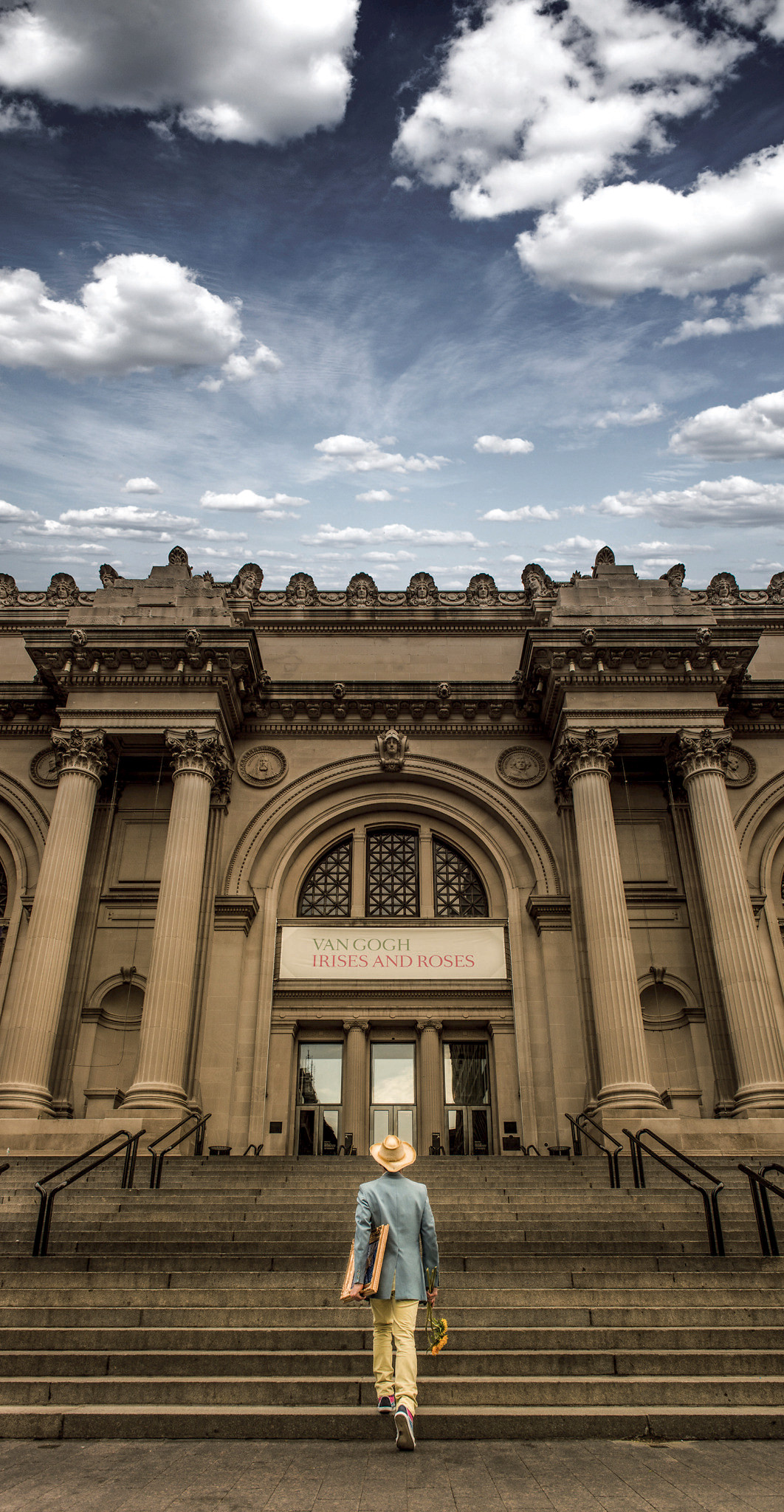