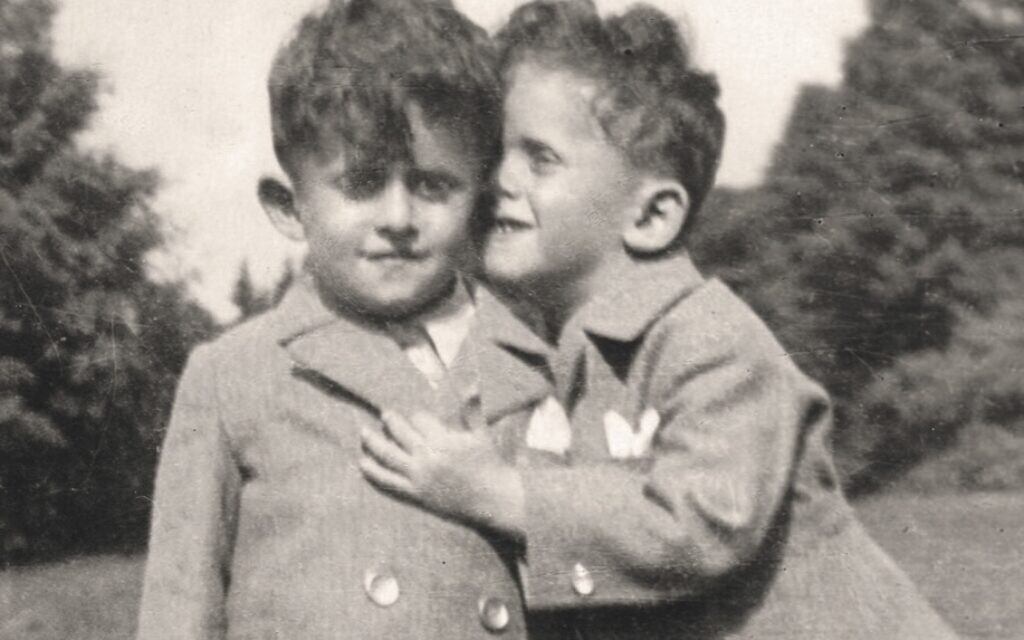 Alwin Meyer had no reason to be interested in the Holocaust. Born in Cloppenburg, Lower Saxony, six years after the war, as a child and then as a teenager, he heard nothing about the atrocities perpetrated by his countrymen. Not at home. Not within his community. And not at school. This was not unusual, as the Shoah was a taboo subject and of no social concern in Germany until after the TV drama series Holocaust was screened in 1979.

Even now, students often don’t hear about the Holocaust in class until 10th grade and although some younger teachers are committed to sharing the history of Nazism and persecution of the Jews, its importance, in the curriculum and else- where, is considered “a constant see-saw between learning and forgetting”, as was described by Holocaust historian Saul Friedländer. But Alwin Meyer could not forget. 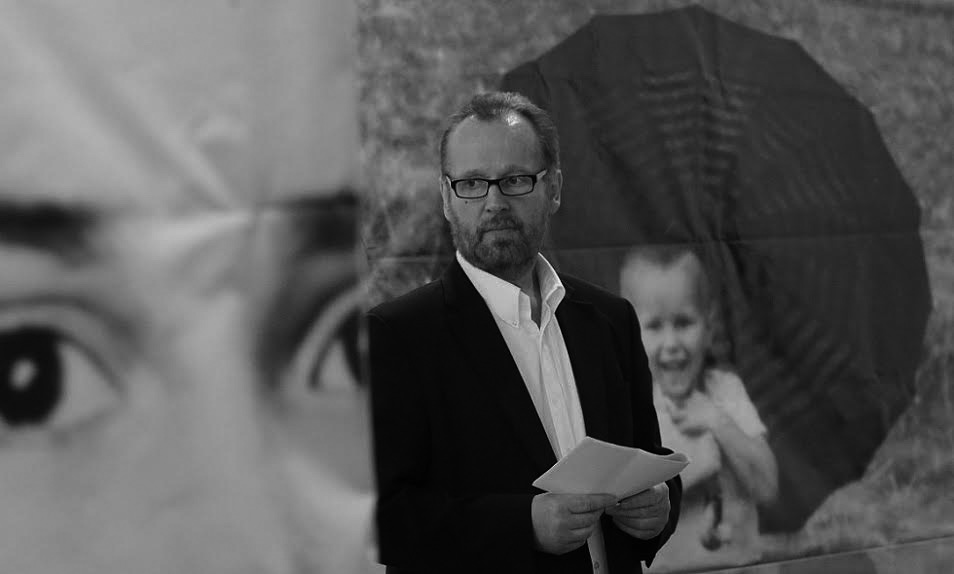 Not from the moment when, in the summer of 1972, at the age of 21, he visited Auschwitz-Birkenau in Oświęcim, Poland, and met former prisoner Tadeusz Szymański, who would shape the next 50 years of his life.

“What Tadeusz told me shook me to the core and filled me with deep shame and sadness,” says Alwin. “He described the murder of infants and children. The automatic murder of women carrying children and the killing of pregnant women by phenol injection, gas or beating. No pleading or begging had helped them. The largest group of children deported to the Auschwitz complex of 48 concentration and extermination camps were Jewish girls and boys. Germans had committed these crimes with unimaginable cruelty and I’d never heard about it until then.”

It would have been easy for Alwin to listen to Tadeusz and walk away. Young and a non-Jew, he had no connection to the story beyond his father’s service as a Wehrmacht soldier, so he had every reason to move on. But he couldn’t.

Instead, he returned to Berlin and sought out a bookseller he knew. “Together, we looked for titles that dealt specifically with the fates of the youngest inmates of Auschwitz, but there weren’t any. So I decided to find some of the children who had survived, in order to make their life stories public in Germany.”

Even Thomas Keneally had to be cajoled by Los Angeles luggage shop owner Leopold ‘Poldek’ Pfefferberg to write the story of Oskar Schindler, but the impetus for Alwin’s intention was all his own. “I didn’t know whether it was possible or if I possessed the interpersonal skills to make the task I’d set myself a reality,” he recalls. “But I had to try.”

The proof of his efforts is Never Forget Your Name:The Children of Auschwitz – a tome of 437 pages excluding notes and index – which tells the story of some of the 750 children and youths aged under 18 who were liberated in 1945.

From a few names given by Tadeusz, Alwin embarked on an exhaustive search that continued over decades to find survivors, who in most cases had new identities and no living family. It was a process that took Alwin to Jewish communities, museums, town halls, synagogues and global memorial initiatives in multiple countries with one nagging question in his head: would the 11-year-old boy who emerged skeletal from Auschwitz or the baby born inside the camp agree to talk him as adults? 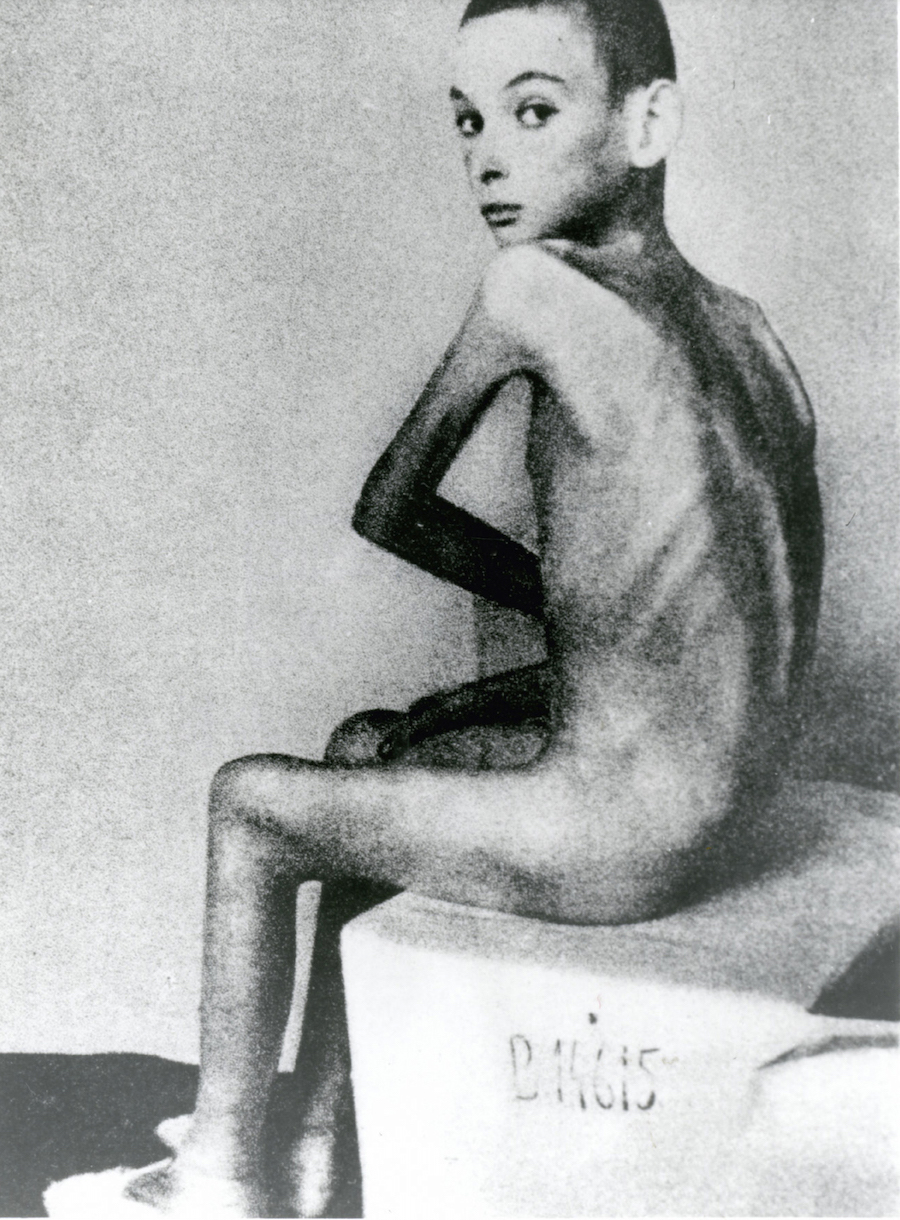 István Bleyer was 14 when he was liberated from Auschwitz .

“Some were reluctant to let me into their lives and only agreed if Szymański was present,” he says. “Others were immediately willing, even pleased that a German born after the war was interested. They were almost always the sole survivors of once-large families and many spoke for the first time about a childhood in which death was always present and never natural.”

Without prompts, Alwin can recall all of the stories he vigilantly recorded: the woman freed as a two-year-old who re-enacted camp scenes; the man liberated when he was four, who then refused to believe that people died from natural causes. “If he heard about a family funeral, he would ask his Polish adoptive parents, ‘Who killed her/him?’ He had seen humans murdered every day in Auschwitz.”

Immersed in this dark narrative for so many years “moved my heart and head,” says Alwin, whose skill as an empathetic historiographer was to introduce the children from the period when their lives were good. “They all talked about their initially happy childhood in many European countries, about the flourishing Jewish life in their city, often going back at least several centuries. They spoke of their schools and the friendships between Jewish and non-Jewish children.” 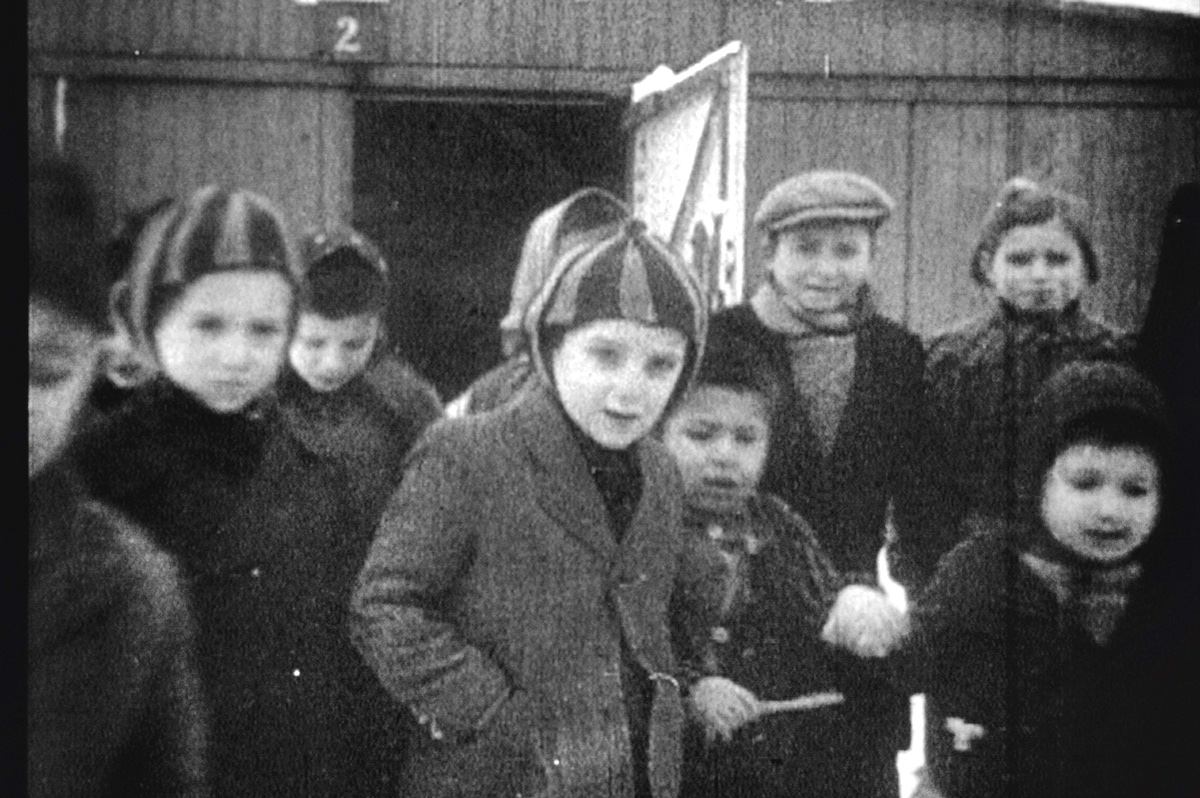 Alwin was also told about how much these children were loved by their parents, among them Polish-born Janek Mandelbaum, now 94, who survived five concentration camps and the murder of his parents and two siblings. The book is dedicated to Janek, now known as Jack, as he helped with the English translation of the book, in which we meet other
children, such as Heinz Kounio, the son of Salvator, who ran a photo supply shop in the Greek city of Thessaloniki. It was a city where Heinz was ‘promised a good life as a Jewish boy.’ Until he was 11 and became number 109565. 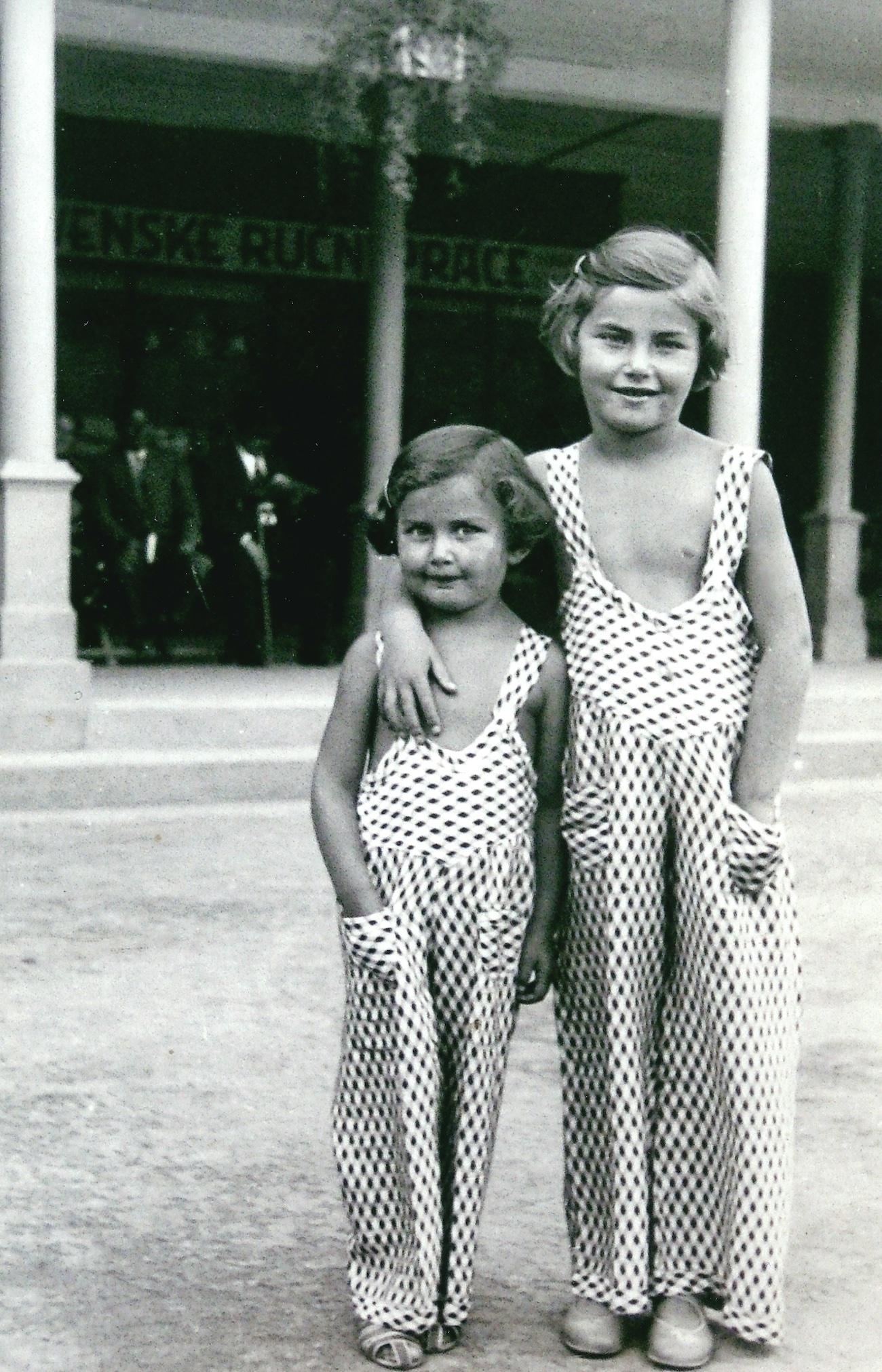 Dagmar Fantlová, right, with her sister Rita, whom she never saw again

Dagmar Fantlová, who lived in the Czech town of Kutná Hora with her doctor father, mother, and younger sister Rita, remembers celebrating Easter and Pesach with relatives and neighbours. “The Jewish and Christian holidays were mixed up, because that’s how it was in those days,” she says. “During the Nazi era people said in surprise: ‘Dr Fantl is a Jew? We didn’t know.’” In Auschwitz, Dagmar, aged 15, was assigned for work by Dr Mengele, but her mother, then 42, did not want to leave Rita alone. Dagmar never heard from her parents or her sister again.

In a list reminiscent of Schindler’s, every name in the index corresponds to a tale of torture, suffering and loss. Opening the book randomly takes courage, as the risk is to possibly be confronted with paragraphs detailing the murder of newborns by willing nurses, or mothers kicked to death by guards.

Only the photos of the surviving children allow the reader time to breathe, although Alwin found there were always moments of hope – even in Auschwitz.

“They had to walk one kilometre with buckets and, one day, they heard the thunder of cannon fire far away. The children pressed their ears to the ground and heard the front approaching. They repeated this in the following days and weeks. They could not get enough of it, and were soon making plans – even though they knew their parents were dead. They talked about soft-boiled eggs, fresh rolls with butter, clean shirts, leather shoes, feather beds and school. At such moments, the hope of being able to stay alive prevailed.” 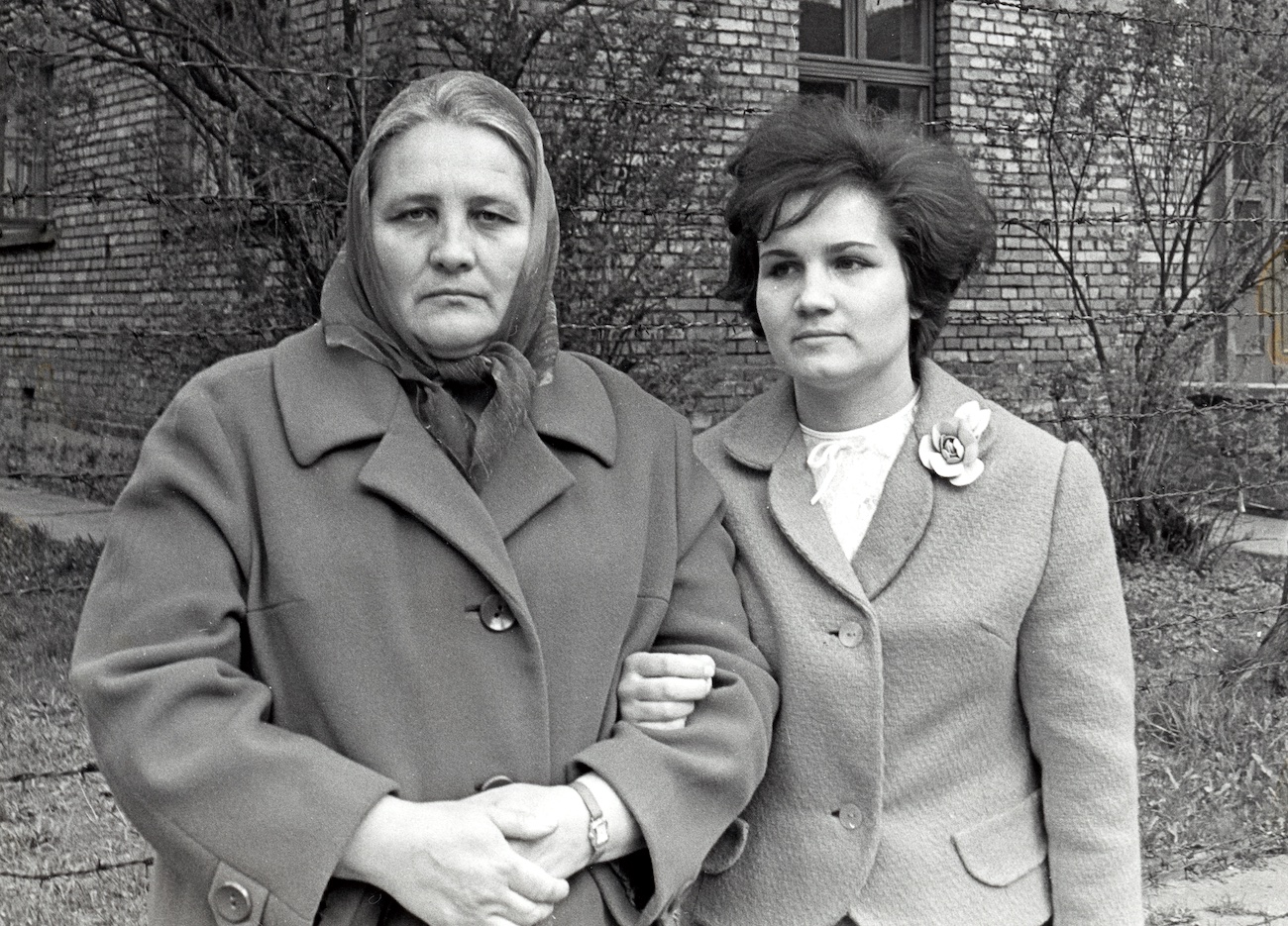 “Never forget your name,” were the words Ukranian-born Anna Bocharova said to her daughter, Luda, when they were separated at Auschwitz, and Alwin chose to use them as the book’s title because he wants no one to forget all the others.

“The children told me, ‘No matter how far you try to run away, Auschwitz will never let you and your family go.’

“They entrusted me with their life stories so that I – and others – will continue to tell them. The task now in my country, where every Jewish school and synagogue has to be guarded by police, is practical solidarity with Jews, as many of us want them to have a safe and good future in Germany.”

As he has proved with his book, Alwin Meyer will do everything to fulfil that task.

• Never Forget Your Name: The Children of Auschwitz by Alwin Meyer is published tomorrow by Polity, priced £25 (politybooks.com)