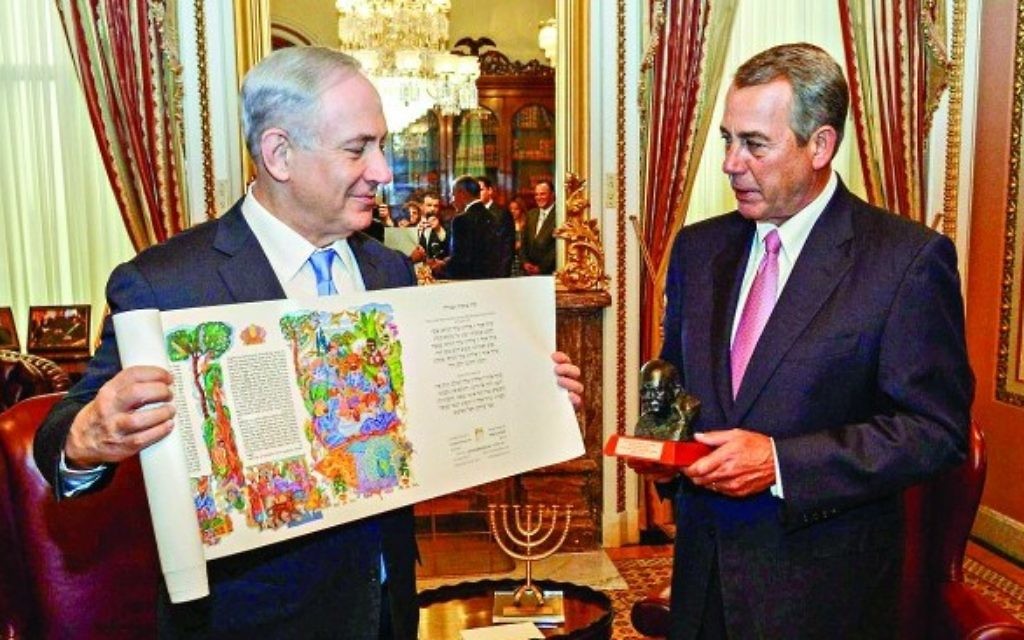 Israeli Prime Minister Benjamin Netanyahu arrived in Washington the day before Purim to deliver a stark warning about the next Persian attack against Jews, writes Stephen Oryszczuk.

Citing the “powerful viceroy” Haman, whose plot against the Jewish people was “exposed and foiled by Queen Esther,” he said: “Today we face another attempt by yet another Persian potentate to destroy us.”

The speech, which urged US lawmakers not to back a nuclear deal with Iran, cemented Netanyahu’s status as persona non grata at the White House, as senior US leaders either stayed away or listened begrudgingly to the “insulting” Israeli leader.

President Barack Obama, Vice President Joe Biden and Secretary of State John Kerry were all absent, while the most senior Democrat to attend the speech could barely contain her anger and disgust.

House Minority leader Nancy Pelosi said: “I was near tears throughout the speech, saddened by the insult to the intelligence of the United States as part of the P5+1 nations and saddened by the condescension toward our knowledge of the threat posed by Iran.”

Netanyahu accepted the invitation to speak to the US Congress by Republican House speaker John Boehner without consulting the White House, which is standard diplomatic procedure.

The Israeli prime minister is fighting for re-election in two weeks’ time and his insistence on speaking at the expense of bilateral relations has been widely criticised by his opponents and analysts as having more to do with his own political ambitions than defending Israeli interests.

While Netanyahu’s past speeches have focused more exclusively on Iran’s nuclear programme, on Tuesday he took a rounded approach.

Among the dozens of standing ovations from House Republicans, he likened the Islamic Republic to the Islamic State terrorist organisation, deriding Iranian clerics as “religious zealots” who imposed “a dark and brutal dictatorship” and who pledged “death, tyranny, and jihad”.

He said Iranian agents in Gaza, Lebanon and the Golan Heights meant Israel was surrounded by “three tentacles of terror” and that Tehran now controlled four Arab capitals.

This, he said, meant that Iran was busy “gobbling up nations” and that it was on a “march of conquest and terror”. On the nuclear deal still being negotiated, Netanyahu said: “This is a very bad deal. We’re better off without it.”

Obama said afterwards that Netanyahu had said “nothing new” and offered no “viable alternatives” to nuclear negotiations with Iran, which had already resulted in an enrichment freeze and the rolling back of some elements. A senior Obama aide said: “Simply demanding Iran completely capitulate is not a plan, nor would any country support us in that position.”

He added: “The logic of the prime minister’s speech is regime change, not a nuclear speech.”

As Netanyahu returned to Israel, in the hope of a hero’s welcome, Obama warned that “[US] foreign policy runs through the executive branch and the president, not through other channels”.