Young Christian, Muslim and Jewish interfaith leaders were honoured at Lambeth Palace last night as part of a ground-breaking project between the Jewish News, British Muslim TV and Church Times, in partnership with Coexist House.

The 21 for 21 project, the world’s first collaboration between media outlets from different faiths, identified inspiring young individuals aged under 40 who are increasing dialogue and breaking down barriers.

Nearly 100 nominations were received when the three outlets put out a call for interfaith heroes last year and an expert panel of judges selected seven Muslims, seven Christians and seven Jews, along with three highly commended entrants, who were each invited to the home of the Archbishop of Canterbury to pick up their trophies. 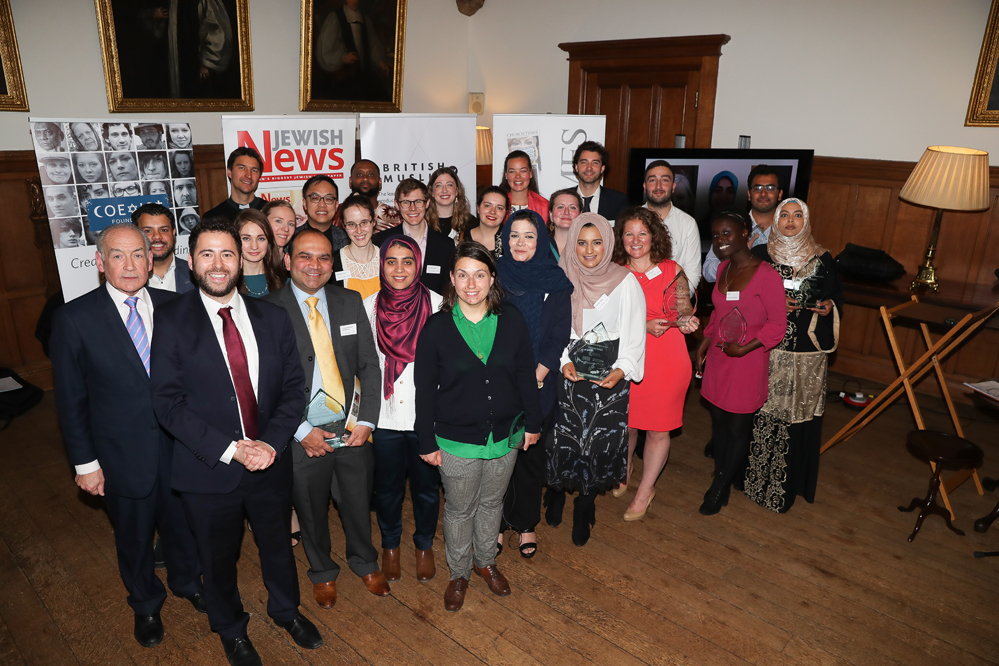 “The way forward for a more peaceful and collaborative world is respecting each other’s faiths, and the recognition that there is so much good that can be done together. The challenge for our winners tonight is to beat that drum louder than our generation did- we are relying on you to do it.”

Mayor of London Sadiq Khan sent a message by video message congratulating the three media outlets on the “historic” project.

James Brokenshire, who was unable to attend due to the local elections, said: “21 for 21 is doing fantastic work in illustrating how faith leads to positive social action. It’s wonderful to see young people from all faiths leading interfaith cooperation and working hard to promote understanding between our diverse communities.”

Three of the winners Georgia May, Programme Director of the Rose Castle Foundation, Philip Rosenberg, Director of Public Affairs at the Board of Deputies and Arzoo Ahmed, Director of the Centre for Islam and Medicine also addressed the room.

Georgia stated her belief that it was a “faith-based toolkit” which enabled all of the nominees to be “reconciling leaders within our communities”, whilst Arzoo spoke eloquently of the need to build meaningful relationships that “build not just on our commonalities but our deep differences as well.”

Philip Rosenberg warned that the world was becoming increasingly polarised and divided, arguing that “isolationism means for a much more dangerous world whilst an inclusive world means a better world for all of us.” 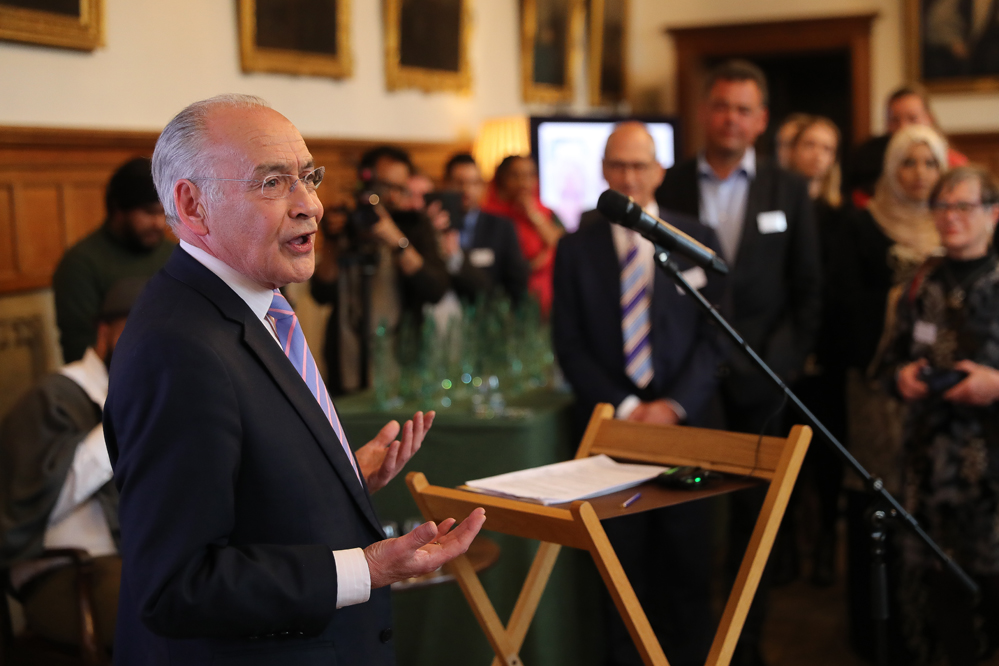 Speaking on behalf of the judges, Rev Micky Youngson, President of The Methodist Conference and one of the judges, said: “Too often in my role I have to send letters of solidarity and support or attend vigils. That’s why I’m delighted to be here tonight celebrating those who are building hope not hate, defeating hate with love and building a more cohesive and peaceful society.”

Fellow judge Sheikh Ibrahim Mogra, Assistant Secretary General of the Muslim Council of Britain, told the gathering: “Our winners have been rolling their sleeves up and doing what really matters: action. We must send a clear message that we love each other much more than those fringe elements who seek to put out an image that we hate each other.”

The event was also supported by the Faith & Belief Forum and philanthropist David Dangoor, who handed out the awards with Stewart. He pointed to the stunning architecture of Lambeth Palace to praise the “successful bridge building” by all those nominated.

“Hopefully we are now moving into a world where we can put that all behind us, understanding the values of tolerance, coexistence and the celebration of our differences,” he added. 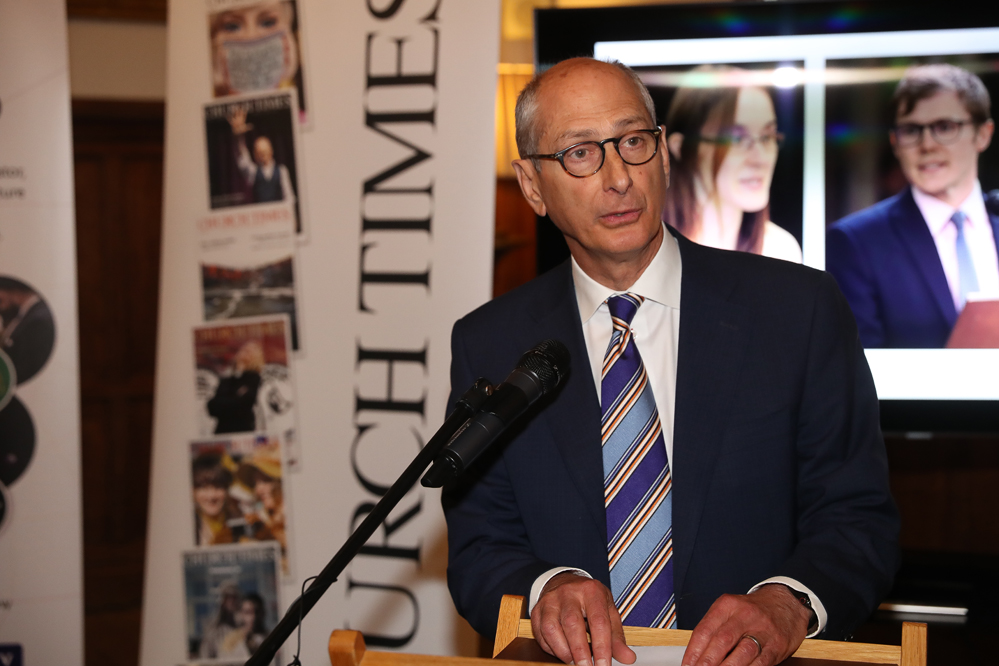 The project was developed to counter the narrative of faiths in constant conflict, taking that message to readers and viewers of the three outlets simultaneously, and to the wider country through national media coverage. 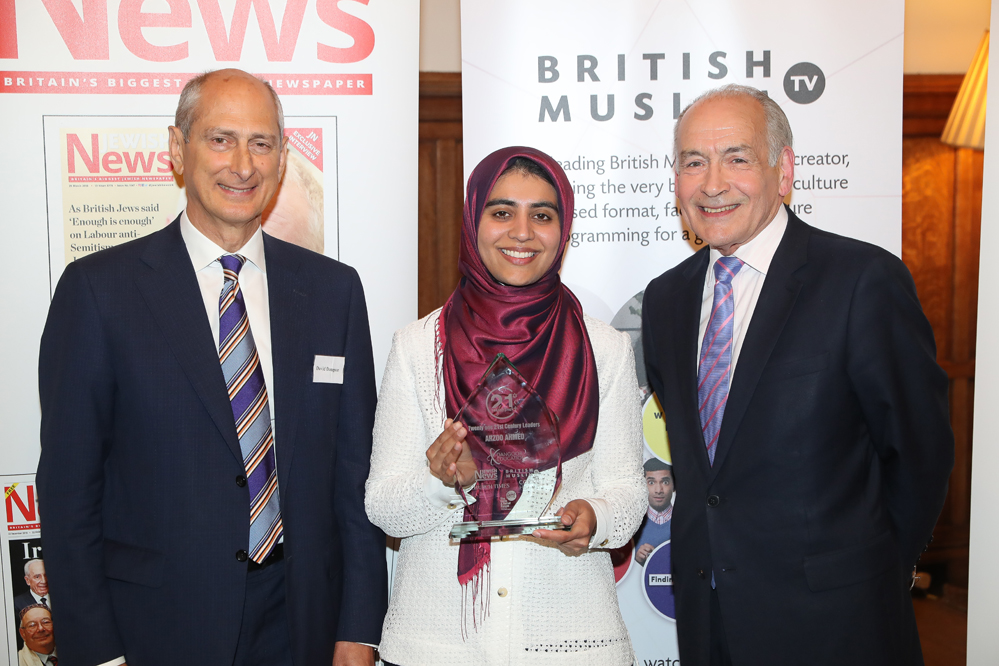 Arzoo Ahmed receiving her award at the Interfaith 21 for 21 ceremony. (Marc Morris Photography)

The project has already been covered by The Times and BBC Radio while the unique collaboration also brought it to the attention of Press Gazette. Plans are now being developed to bring the group together for collaborative projects.

Sir Bernard Rix of Coexist House said: “This is a unique, ground-breaking and wonderful project. These fantastic young leaders have demonstrated in their work and lives how their faith makes them more open to friendships and social action across cultural boundaries.” 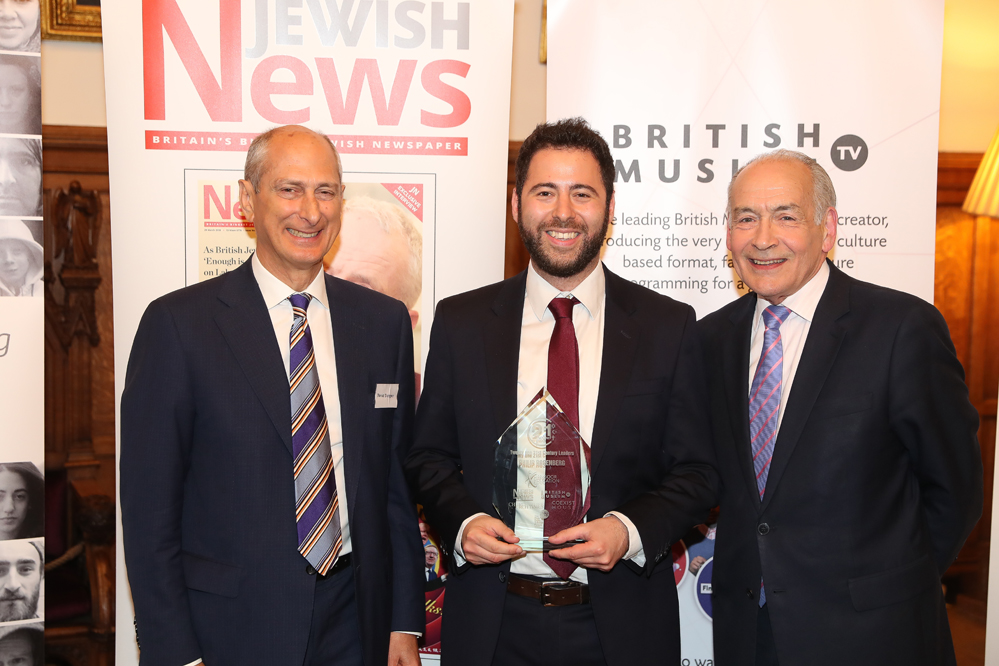 Justin Cohen, news editor of Jewish News, who conceived the 21 for 21 project, said: “Bringing this historic project to life has been a long road but the reception wasn’t the end; we now look forward to bringing these young leaders together to develop projects to benefit faith communities and wider society. Consider what each of our 21 has achieved individually and then imagine what they could do together.

“Huge thanks to all our partners, especially Coexist House, the panel of judges diligently chaired by Andrew Gilbert and two true mensches that helped make the reception a success; David Dangoor and our MC, Alastair Stewart. The fact that both agreed to support the event within minutes of being asked says all you need to know about them.”

Reflecting on the evening, Chair of the judges Andrew Gilbert, said: “Tonight’s reception was a great success. Many of our winners had never met each other before despite so often working in projects with a similar focus. To have this reception at Lambeth Palace made the evening even more special.”

Guests included the Archbishop of Canterbury’s Adviser for Reconciliation Canon Dr Sarah Snyder, who welcomed attendees to the palace.

Profiles for all winners and those highly commended can be read here.