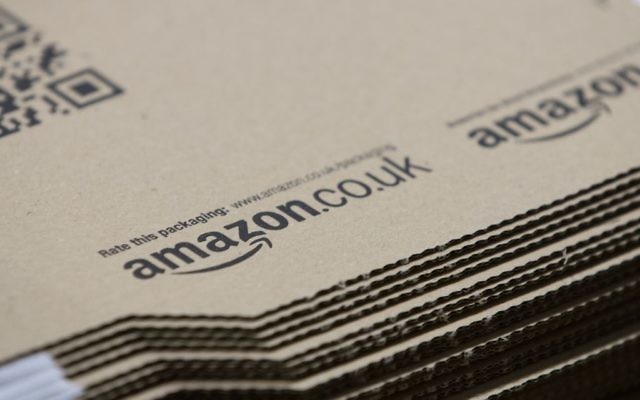 Amazon has removed 92 works of Holocaust denial from sale across its websites.

The online retail giant took the decision after meeting representatives of the World Jewish Congress and the Board of Deputies of British Jews, ahead of Holocaust Memorial Day.

Among the 92 works taken down are the ‘Leuchter Report’, a pseudoscientific document which falsely claims to prove that the gas chambers did not exist, ‘The Six Million Swindle’, a book by Nazi sympathiser and Holocaust denier Austin Joseph App and ‘The Auschwitz Myth – Legend or Reality’ by former Nazi officer and Holocaust denier Wilhelm Stäglich.

Amazon also removed numerous volumes of the ‘Journal for Historical Review’, a far-right publication which existed from 1980-2002 primarily focused on publishing Holocaust Denial.

Screenshot of Holocaust denial shared on Amazon, which has now been removed

The works have been removed from Amazon UK, as well as in seventeen different localities where Amazon operates, with more than 850 links to such works on Amazon’s websites removed.

Holocaust denial material was taken down after Board and WJC representatives met with Amazon UK’s public policy team last month.

Marie van der Zyl, President of the Board of Deputies and WJC Vice-President, said: “As we come together to commemorate Holocaust Memorial Day, we commend Amazon’s decision to remove multiple examples of Holocaust Denial publications from their stores. Holocaust denial is unequivocally antisemitic; it claims that the Holocaust was fabricated and that therefore, Jews are lying to advance some nefarious agenda.

“We are grateful to have been able to work together with our colleagues at the WJC to help ensure the removal of these works. However, there is still more to be done; Amazon have made it clear that they are happy to work with us to discuss the removal of further similar publications, as well as how to effectively identify and remove such works themselves. We look forward to continuing to work together in the future to combat Holocaust denial and ensure that antisemites cannot spread their lies with impunity on the websites of the world’s largest bookseller. We would call on other publishers, booksellers and distributors to follow this example.”

An Amazon spokesperson said: “We take concerns from the Board of Deputies of British Jews and the World Jewish Congress seriously and have worked with them directly on this matter.

“As a bookseller, we believe that providing access to the written word is important. While we are mindful of a global history fraught with book censorship, and we do not take this lightly; we carefully consider the types of content we make available in our stores and review our approach regularly, listening to feedback, evaluating our policy and investigating concerns from our customers.

“We invest significant time and resources to ensure our content guidelines are followed and remove products that do not adhere to our guidelines – which can be found here for books and here for non-media products.”