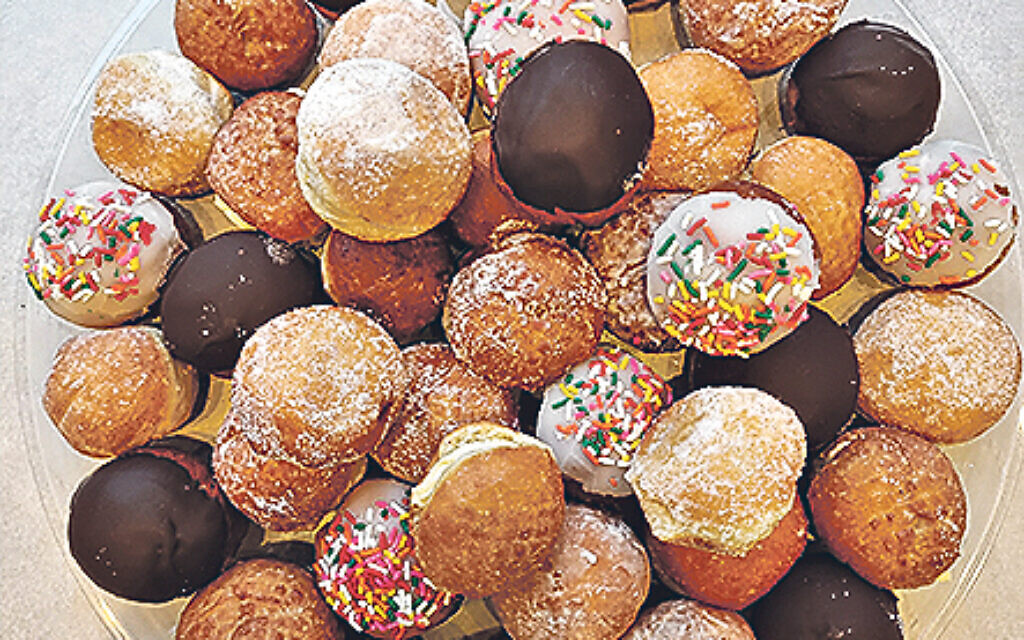 Seder night is usually the time for asking questions, but I have a topical one: what came first – Chanukah or the doughnut?

Jews can lay claim to some seriously life-changing inventions – Google, the epilator and Rummikub among them – but were we actually the first to indulge in these oily, sugary treats?

The earliest origins to the modern doughnuts are generally traced back to the olykoek (oil cake) Dutch settlers brought with them to New York in the 17th century. And in 1847, 16-year-old Hanson Gregory, unimpressed with the existing type’s raw centre, claimed to have invented the ring-shaped version. Bakers do now seem to have gotten the hang of making sure the whole caboodle is cooked through and I’ve spent many Chanukahs munching on the traditional jam-filled ones.

Fast forward to 2021 and doughnuts are big business. Yes, one can consume Krispy Kremes and Dunkin Donuts, but there are many independent and artisan purveyors of these sugary treats and those with food intolerances don’t have to be left out. Most of Grodzinski’s range (including Pina Colada) are parev, although there are milk products in their dairy cream, black forest and cheesecake ones. They also sell spelt versions and ones with no added sugar.

Doughnuts have evolved. Yum Yums, also claimed by the Dutch, are twisted, flaky, stretchy doughnuts. Then there’s a Cronut, made from croissant-like dough. Marks & Spencer’s bakers have gone one further and created a yumnut, marketed as the lovechild of a doughnut and a yum yum.

Rinkoff Bakery in the East End makes a Crodough – a cross between a doughnut and a croissant – but also a Crodoughbouche, a wedding cake-esque structure using around 250 crodough pieces.

We can swing by Daniel’s in Temple Fortune and choose from jam, plain, chocolate, custard, cinnamon, fresh cream and coffee (all minis and 70p each), but we can also browse innovative and exotic specimens online (www.danielsbakery.co.uk) and send them as presents.

The Crazy Baker has Biscoff, Rolo, Minion and all manner of vegan options including blueberry pie. A box of six bad boys can be delivered by post for £21.50. 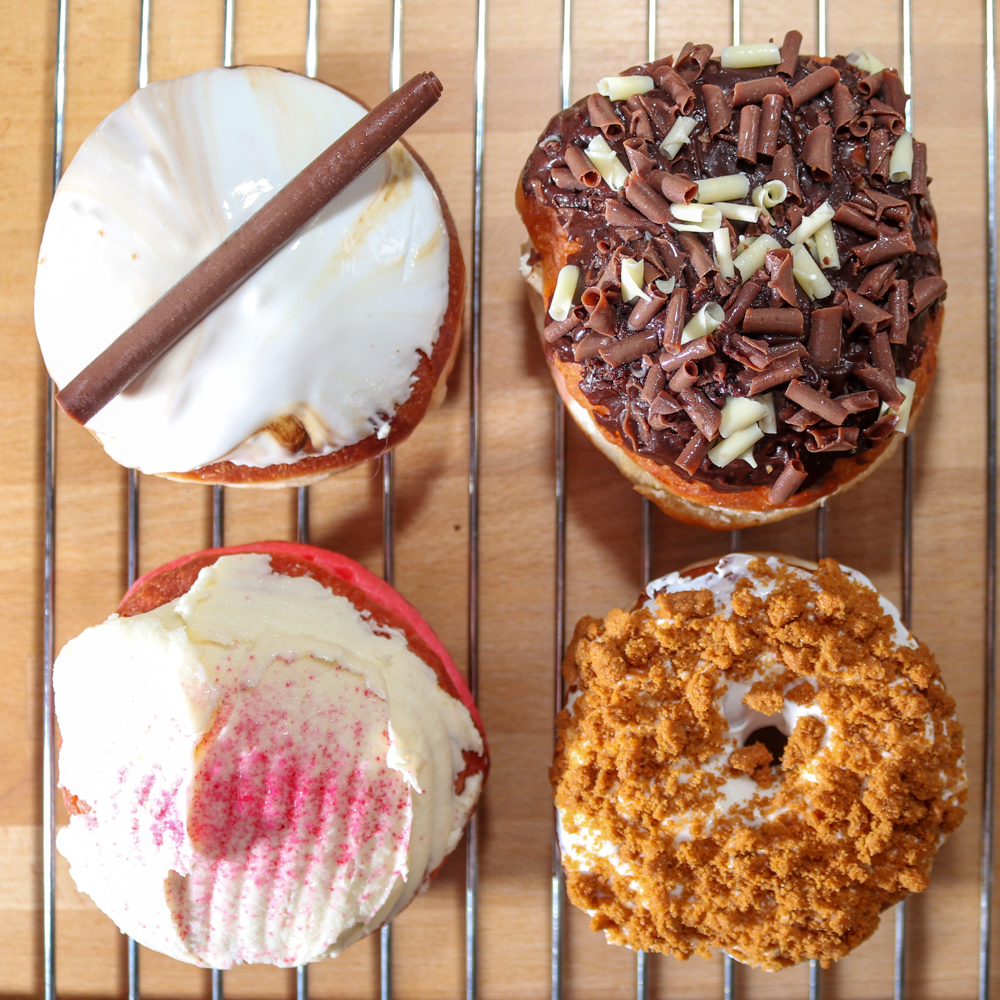 Creams Café’s decadent doughnuts are available in mixed boxes (£8.95 for four) for nationwide delivery via Just Eat, Deliveroo and Uber Eats and also instore (www.creamscafe.com). The Playful Box features a rainbow M&M and a blue swirl unicorn doughnut while the Indulgence Box has nutty Ferrero Rocher and a red velvet and meringue variety. (It’s my birthday in July, btw). 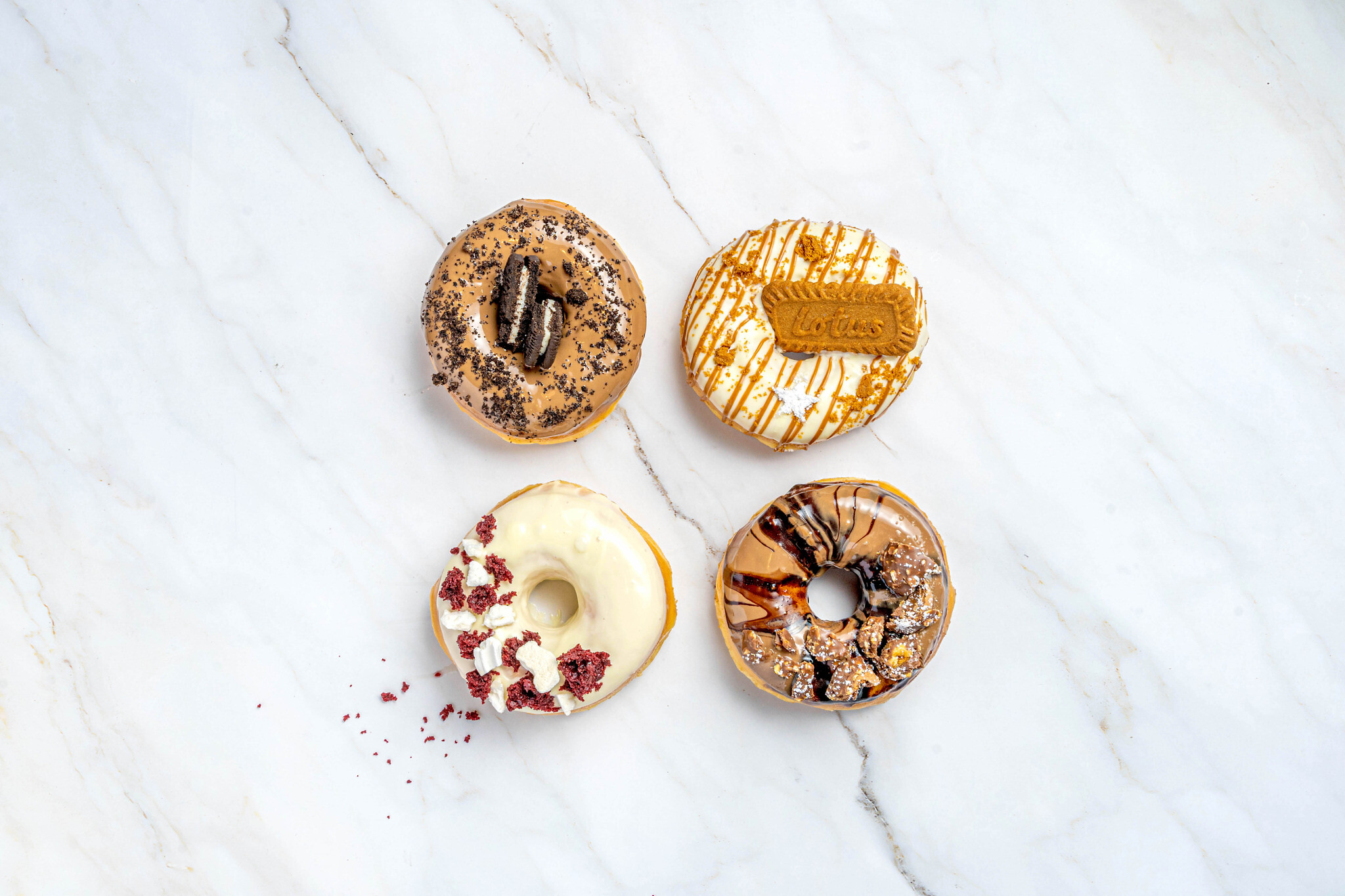 Click and collect is a thing – visit Karma Bread’s website, make your choice from the Chanukah 2021 selection and pick them up from the Hampstead shop. For something a little different try the halva, tahina, honey and chocolate brownie selection. They are large, satisfying and yours for £22.50 for six.

There’s no question a doughnut is indulgent, but there is a healthier variety – the sourdough version, which contains, ooh, about three fewer calories than a regular one. Crosstown, which has outlets in London as well as an online shop, sells three glorious flavours of them, including dark chocolate truffle (www.crosstown.co.uk).

But can you get a latke-flavoured doughnut?