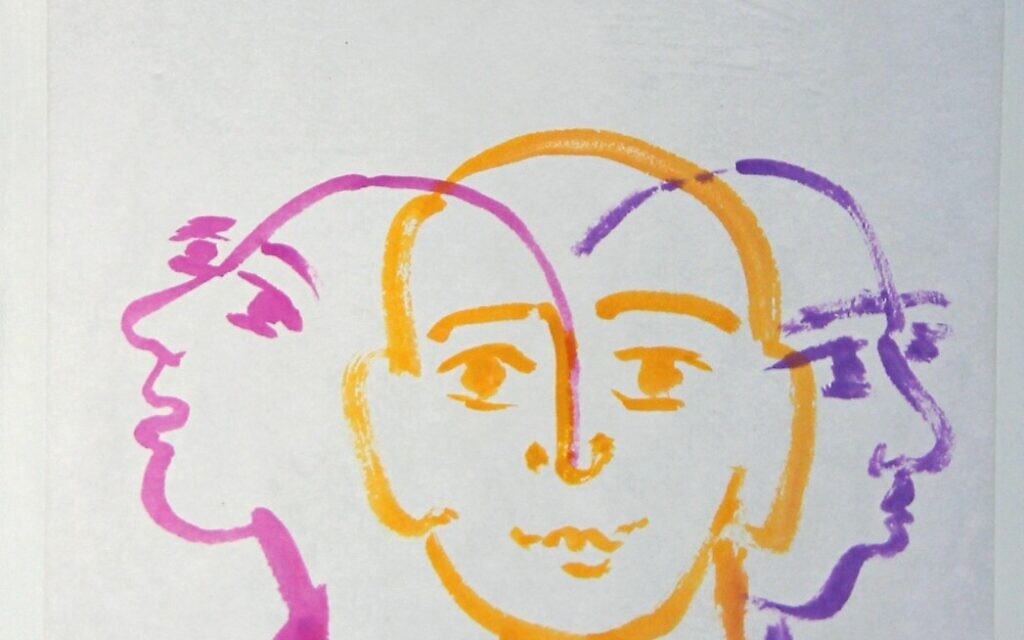 Drawings and paintings by the late Polish artist Dante Elsner have gone on display in Camden. Elsner (1920-1997) was born in Krakow, Poland. His family perished in the camps but he escaped and for two years lived in the forest. After the war he returned to Krakow to study fine art and then left for Paris where he lived in extreme poverty eating in soup kitchens to survive, taking odd jobs wherever he could and using any money he made to produce art. When he ran out of canvases he would paint on his shirts. He was introduced to the teachings of the Armenian mystic G.I. Gurdjieff, who described a new spiritual route for one’s life described as The Work: an exploration of human existence for the evolution of man to deeper states of attention, alertness and vision. Having married, Elsner moved to Queen’s Park in London in 1958 and began to receive reparations from the German government. Now financially independent, Elsner dedicated his life to the artistic spiritual journeying of The Work. He believed that every brushstroke was immediately a reflection of its maker’s state of mind and a pure reflection of the spiritual path. 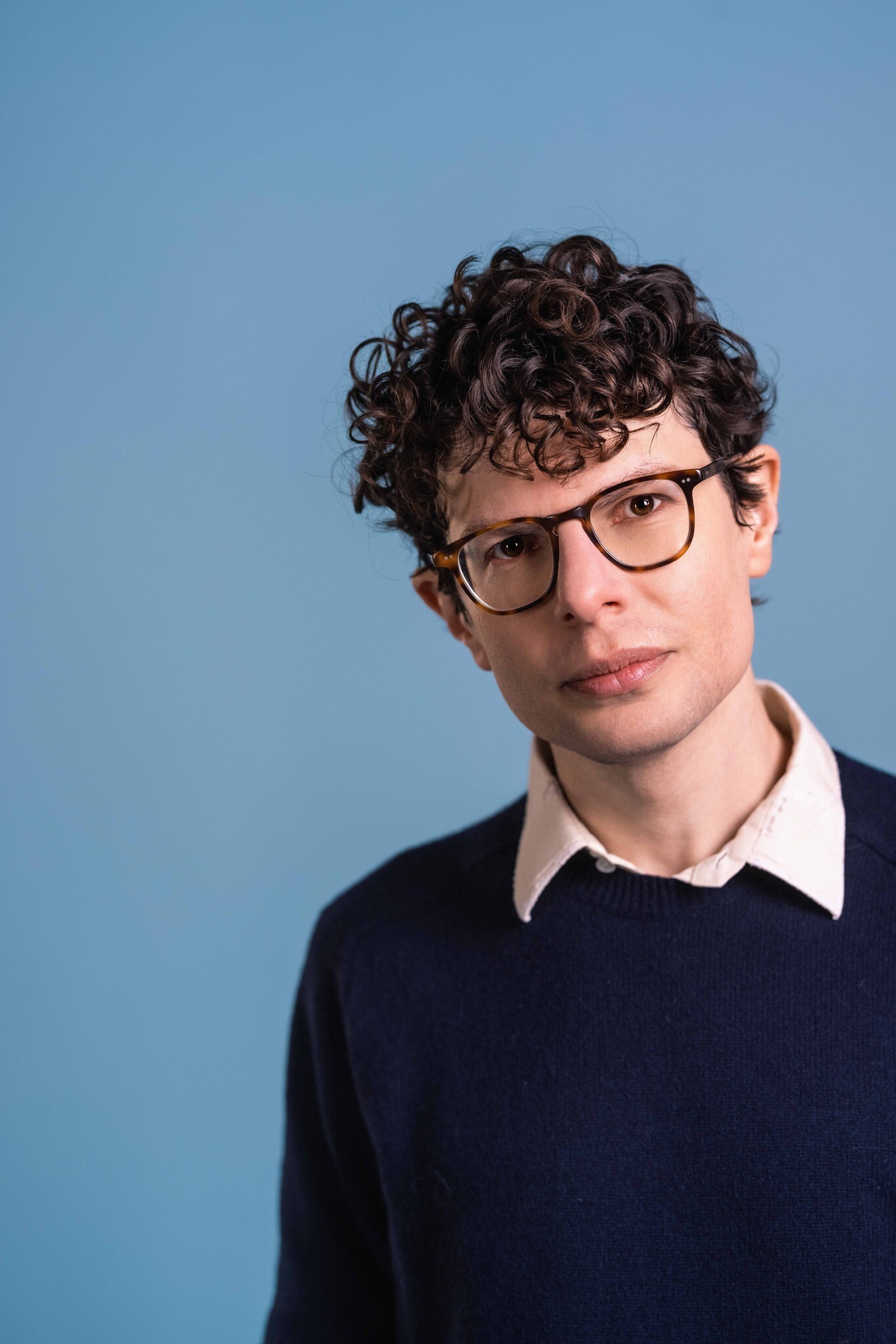 COMEDY: Hole in One

Jewish, gay and vegan, Simon Amstell grew up in Gants Hill. His BBC2 sitcom Grandma’s House, which he co-wrote and starred in, cast him as a former television presenter seeking out meaning in a Jewish family home in Ilford. He’s written and directed two films – Carnage and Benjamin – won two British Comedy Awards, and has been nominated for a BAFTA. His stand-up- show Spirit Hole comes to the Alban Arena this month and to Ally Pally in June. It promises to be a blissful, spiritual, sensational exploration of love, sex, shame, mushrooms and more. Sounds like the perfect recipe for a ‘spirited’ night of joy and laughter. 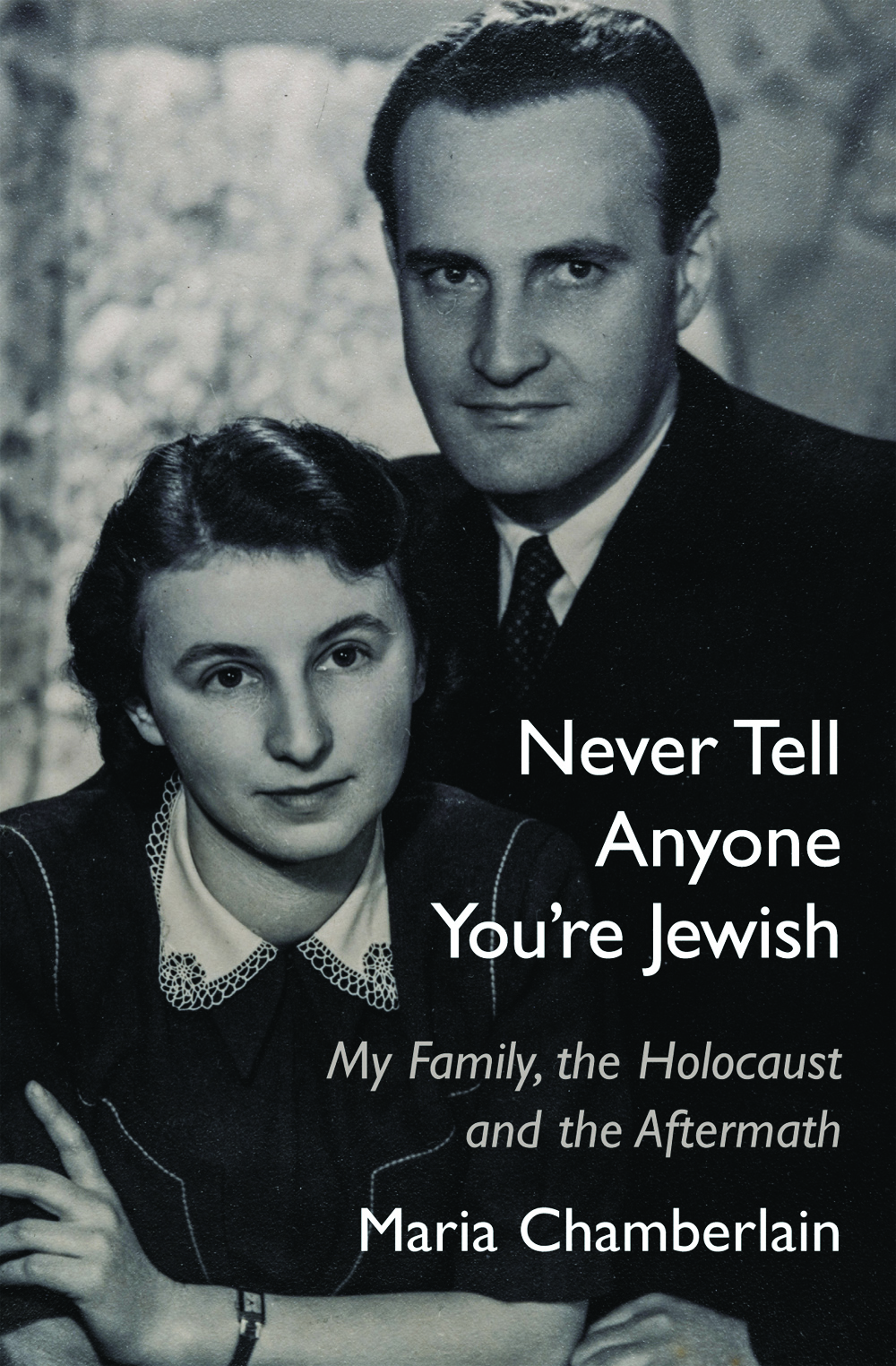 Imagine being told to never tell anyone you are Jewish. Maria Chamberlain’s mother urged her to hide her Jewishness when she was born in Poland soon after the Holocaust. Later, in old age, she recognised that testimonies make history, and that the lives of those who perished deserve to be celebrated. Never Tell Anyone You’re Jewish tells of Maria’s paternal grandfather, whose appointment to the post of president of the Kraków Judenrat ultimately led to his downfall; of her aunt Lula, who was shot; of her grandmother, who died in the gas chambers of Belzec, and of Kuba, the gifted pianist, who was told to dig his own grave. There are uplifting stories too: her great-uncle’s survival on Schindler’s List, and her charismatic grandfather’s survival hiding in plain sight in a quasi-Nazi organisation. Maria documents the kindness of strangers, miraculous escapes, courage and resilience, as well as her early life in Stalinist Poland and her family’s emigration to Edinburgh. “An utterly captivating and heart-breaking account of the fate of a Jewish family in Poland under Nazi occupation and a masterful description of the horrors and inhumanity of the Holocaust,” says Michael Newman, chief executive of the Association of Jewish Refugees (AJR).

Available from bookshops and online retailers and at www.vmbooks.com for a 20% discount using code CHAMBERLAIN22. RRP £16.95 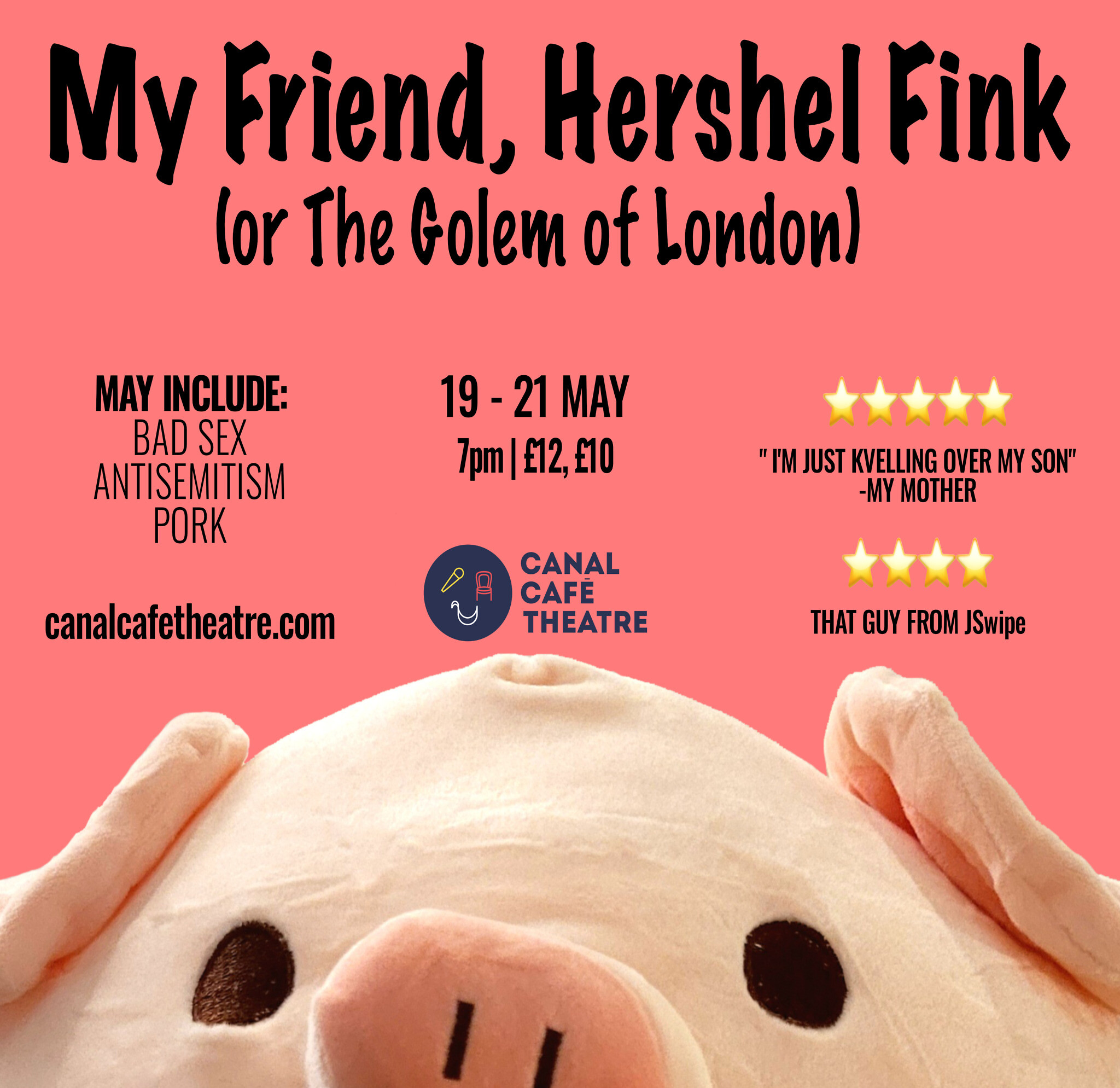 THEATRE: A Friend in Need

Ethan is a gay American Jew who moved to London to do a master’s degree in theatre. After arriving in London, he soon finds that his drama school and indeed the industry are riddled with antisemitism. On top of that, he is unable to get over his ex-boyfriend. Rather than listening to his friend, Phoebe, and going to therapy, Ethan creates a Golem from a plush pig in an attempt to fix his problems. What he ends up creating is unlike anything he expected – an unkosher friend named Hershel Fink. This tragi-comedy looks at the impact antisemitism has on the mental health of Jewish students and how the perception of Jewish identity (by one’s self and by others) affects sexual relationships in the British queer community. 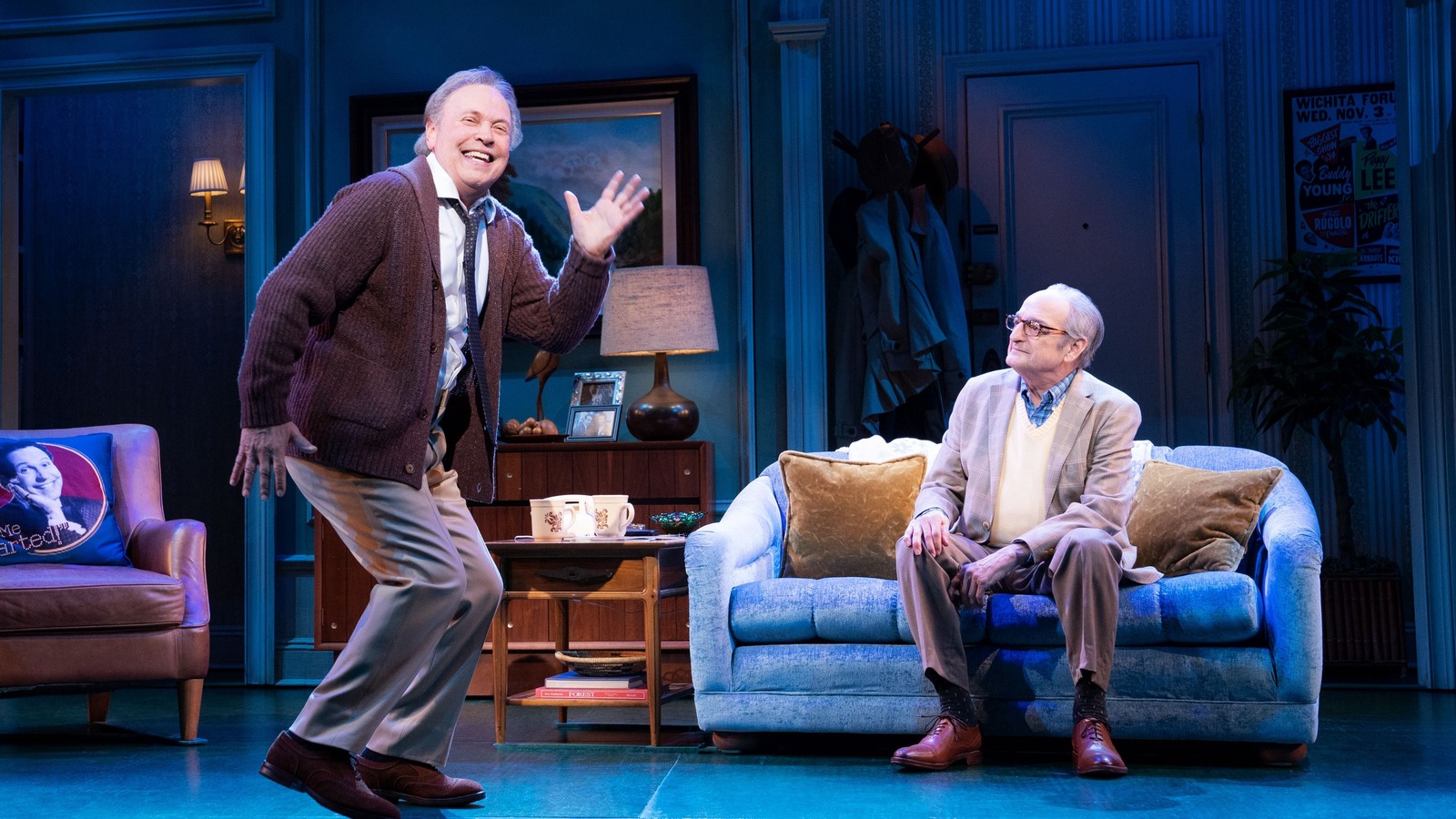 Already adored as Harry when he met Sally, it was his portrayal of fictitious comic legend Buddy Young of the Catskills that cemented Jewish love for Billy Crystal. Ok, so the 1992 film Mr Saturday Night that marked Crystal’s directorial debut didn’t tick everyone else’s boxes, but the actor always felt there was more. And there was. Or rather is, as, spurred on by a suggestion from Mel Brooks back in 2005, Billy turned Mr Saturday Night into a musical and it has just been nominated for four Tonys. One of them is for Billy, who at 74 is now able to play the lead role without the prosthetics he required when he was 44. The score (by Jewish composer Jason Robert Brown), and Billy’s co-star Shoshanna Bean are also nominated. Billy has brought back David Paymer who was his original sibling Stan. With such lyrics as: “My opening act was Eddie Fisher/Now I should take advice from this pisher?” it was written for us, but unfortunately you have to go to Broadway to see it. 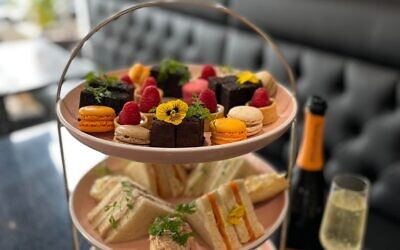 With the Jubilee fast approaching, afternoon tea is on everyone’s mind but you don’t need to head into London to get one fit for a Queen.  At Cacao Bean Café and Restaurant in Leeming Road, Borehamwood, beautiful little sandwiches and mini bagels, scrumptious crumbly scones and gorgeous petite sweet treats (including gluten-free dairy-free chocolate brownies that are phenomenal) are available on a three-tiered stand. This is £25 a head and available on special order only. Call the cafe to book 0208 207 1774.